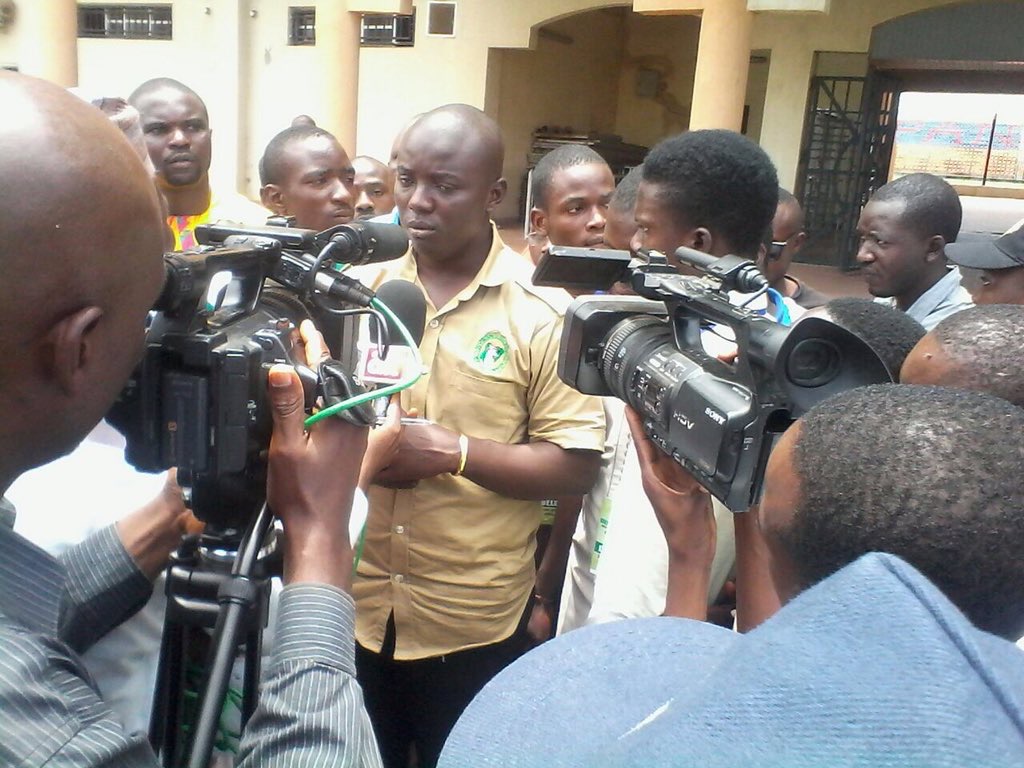 In a similar development, Comrade Taiwo Bamigbade of the Federal University of Technology, Akure is the new Senate President of the apex students’ body. The elections into the offices were held on Tuesday at the 31st NANS convention in Gombe.

The new President and his team were received by the Governor of the state, Alhaji Ibrahim Hassan Dankwambo. The new President and his team were received by the Governor of the state, Alhaji Ibrahim Hassan Dankwambo

The new President and his team were received by the Governor of the state, Alhaji Ibrahim Hassan Dankwambo

He is a graduate of Mechanical Engineering Production with (Upper Credit), where he was certified commercial diver and a certified safety professional. His National Youth Service Corps (NYSC) assignment held between 2014-2015 and he is currently a Masters Student of Ebonyi State University, Ebonyi State.

Are you a student in any Nigerian university, polytechnic or tertiary institution? Send us latest happenings on your campus at signalareport@signalng.com, thesignalng@gmail.com