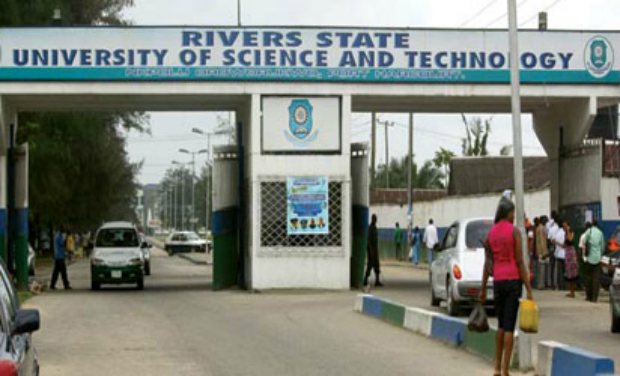 The Students’ Union President, Rivers State University of Science and Technology (RSUST), Comrade Gospel Wealth and the Director of Transport, Comrade Goodluck Ejiowhor have both been suspended by the rest of the Executive Council Members over alleged misappropriation of funds.

Information reaching CAMPUS SIGNAL revealed that he allegations of misappropriation hinges on funds released by the school management for the upgrade of the Union’s Bus.

According to an undisclosed source, the sum of Six Hundred Thousand Naira (N600, 000) was released from the fund to the President and Director of Transport for the fixing of the bus. Problem however arose out when they came to the Executive Council requesting the release of more funds and were asked to give account of the initial funds released to them.

On inspection of work done on the bus, the Council was unsatisfied and demanded for an account of spending done so far. The President, rather than comply, resorted to issuing threats against his fellow executives, promising to rain down thunder and brimstone if further funds are not released to him.

To add insult to injury, he accused the immediate past SUG President of stealing the vehicle’s brain box, which was discovered to be false, on further investigation. According to our source, the rest of the Council saw this as a fundamental breach of trust and moved to suspend the two officers indefinitely by passing a vote of no confidence with a vote of two-thirds majority. The Vice President, Comrade Faith Barigboto now serves as Acting President.

Are you a student in any Nigerian university, polytechnic or tertiary institution? Send us latest happenings on your campus at signalareport@signalng.com