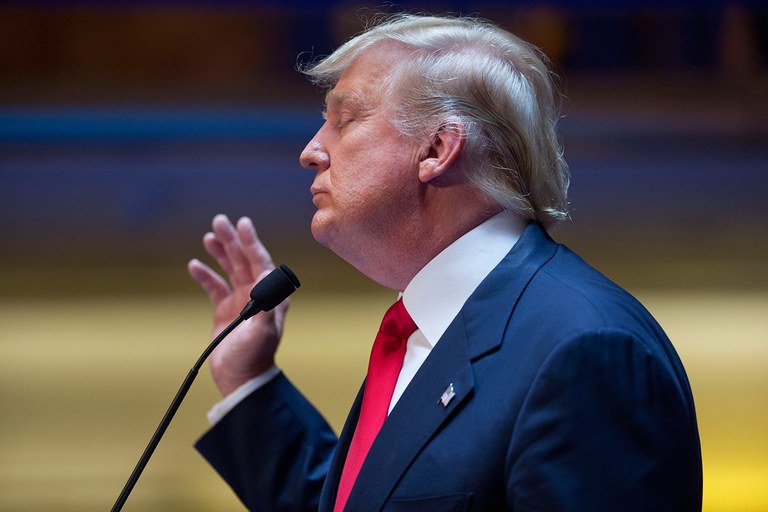 Donald Trump released a video message Friday night in response to the controversy surrounding crass comments he made about women in 2005.

In the video response, which aired live on CNN and was posted on Trump’s social media accounts, the Republican presidential nominee issued an apology for his “foolish” remarks that resurfaced Friday.

“I’ve never said I’m a perfect person, nor pretended to be someone that I’m not,” he said in the video. “I’ve said and done things I regret, and the words released today on this more-than-a-decade-old video are one of them.”

“Anyone who knows me knows these words don’t reflect who I am,” he said. “I said it. I was wrong, and I apologize.”

In the video message, Trump said that his travels around the country have “changed” him, and that “people from all walks of life” have humbled him. “I pledge to be a better man tomorrow and will never ever let you down.”

“Let’s be honest,” he continued, “We’re living in the real world. This is nothing more than a distraction from the important issues we’re facing today.”

He went on to slam Hillary and Bill Clinton, saying that Bill has “abused woman” and that “Hillary Clinton and her kind have run our country into the ground.”

Earlier Friday, a leaked audiotape of Trump talking about making advances on Nancy O’Dell, a current correspondent for Entertainment Tonight, was released online by the Washington Post. In the audio, captured on a hot microphone, Trump and former Access Hollywood host Billy Bush are overheard having a lewd conversation about Trump’s advances.

“I moved on her, and I failed. I’ll admit it,” Trump can be heard saying about O’Dell. “I did try and f— her. She was married.”

He continues, “I moved on her like a bitch, but I couldn’t get there. And she was married.”

The resurfaced audio reportedly was recorded when Trump, who was newly married to Melania Trump at the time, appeared on Access Hollywood to discuss his cameo on Days of Our Lives.

In his own statement issued earlier on Friday, Trump said: “This was locker room banter, a private conversation that took place many years ago. Bill Clinton has said far worse to me on the golf course — not even close. I apologize if anyone was offended.”

Bush also apologized for his involvement in the conversation in a statement Friday: “Obviously I’m embarrassed and ashamed. It’s no excuse, but this happened eleven years ago – I was younger, less mature, and acted foolishly in playing along. I’m very sorry.”