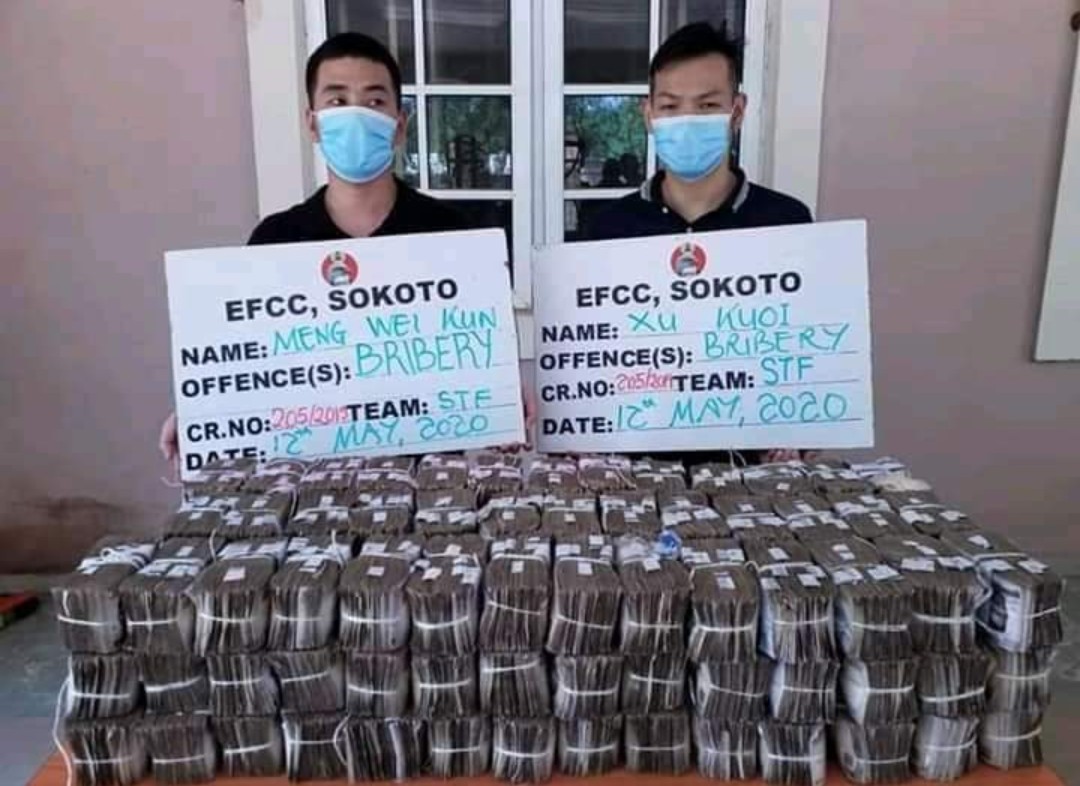 The Economic and Financial Crimes Commission has apprehended two Chinese nationals for offering a 100 million naira bribe to the Head of its Sokoto Zonal Office, Abdullahi Lawal, and his team.

Parading the suspects on Tuesday, Lawal told newsmen that the duo offered him and his team, the bribe to compromise an ongoing investigation against their company.

“On May 7, 2020, I was contacted by Mr Meng Wei Kun, Managing Director, China Zhounghao Nig. Ltd, in respect of an ongoing investigation against their company. I and my investigating team were offered the sum of one hundred million naira to compromise the case.

“Four days after a series of discussion, it was agreed that I come for half of the money, which was ready, at their office/residence, along Airport Road, Kasarawa, Sokoto.

“In a well-coordinated operation with a team of operatives, Mr Meng Wei Kun and Mr Xu Kuoi, were arrested while giving the bribe to me at the above address. In the process, the sum of fifty million naira, three laptops, five smartphones, and some relevant documents were seized ,” the EFCC zonal head narrated.

He explained that the comapny is currently being investigated by the EFCC over alleged offences of conspiracy, abuse of office, misappropriation, diversion of public funds and money laundering.

Lawal said the duo would be charged to court when investigations were concluded.