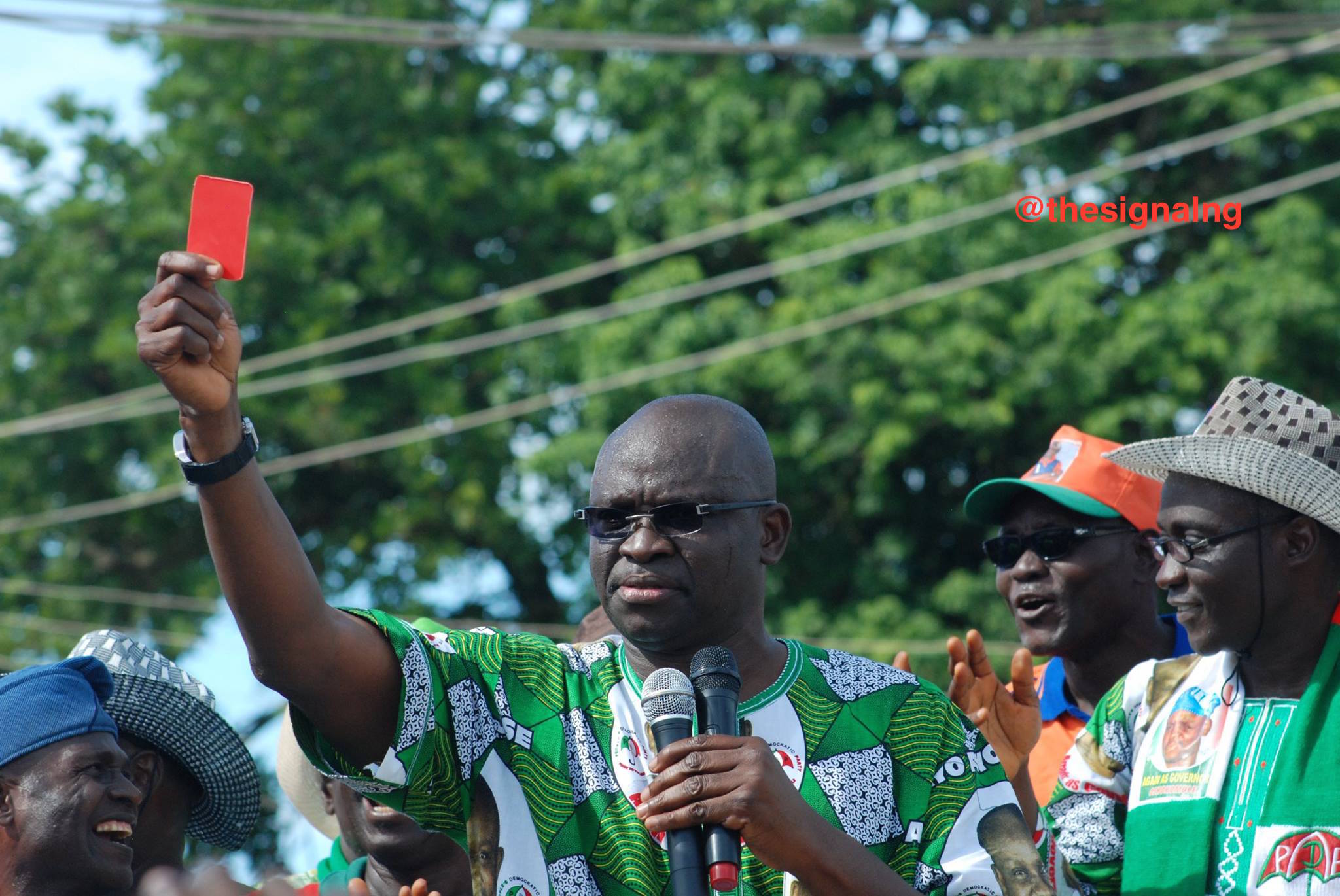 The lawmakers, at a special sitting of the House unanimously took decision and said Fayose ‘s fearless advocacy for truth, justice and bias for common man actually earned him the recognition.

The Assembly said it took the decision because of the fact that the governor had remained the only consistent opposition voice against alleged dictatorial tendency of the Buhari-led government, criticizing the federal government to engender good governance for all Nigerians.

Governor Fayose who responded to the Assembly’s position, said : “they are entitled to their opinion. I am not that kind of a man that can be silenced by anybody. Whether they call me leader of opposition or not, I will continue to speak as long as it is going to be in the interest of the masses”.

Commenting further, the Speaker said: “Since Fayose assumed office, if you see his contributions to national issues, he has been honest, frank , courageous and show that he is an epitome of leadership. He has also been prudent in the management of our resources.

“Fayose is an enigma , a good democrat who always speak on burning issues of national interest without fear or think of whose ox is gored. He remains the lonely voice in the wilderness and he fits to be called the leader of Opposition in Nigeria and we so declared”, Oluwawole stated.

Fayose, who responded at his Afao Ekiti countryhome said: “All of us cannot run away from harassment . I am an opposition figure and I want to help the ruling party through criticisms, so that they won’t sleep while in government.

“Why should I afraid of jail. Former President Olusegun Obasanjo and Nelson Mandela were jailed. Chief MKO Abiola was jailed. So, why should I be afraid of President Buhari. He is not God. He is just going to be president for a period of time. Virtually all PDP former governors are being tried for corruption.

“But my speaking about what the APC government is doing does not mean I am eyeing a bigger position, even Senate I am not ready to go there.

Great leaders don’t think about political placement, but think about how to strive to make his country a better place .

“I don’t have apology for my criticisms to anybody. This is the only time I can help Nigeria by helping check oppression and dictatorship.

But a fact remains that whether the house calls me opposition leader or not, I will ever remain myself”, he concluded.