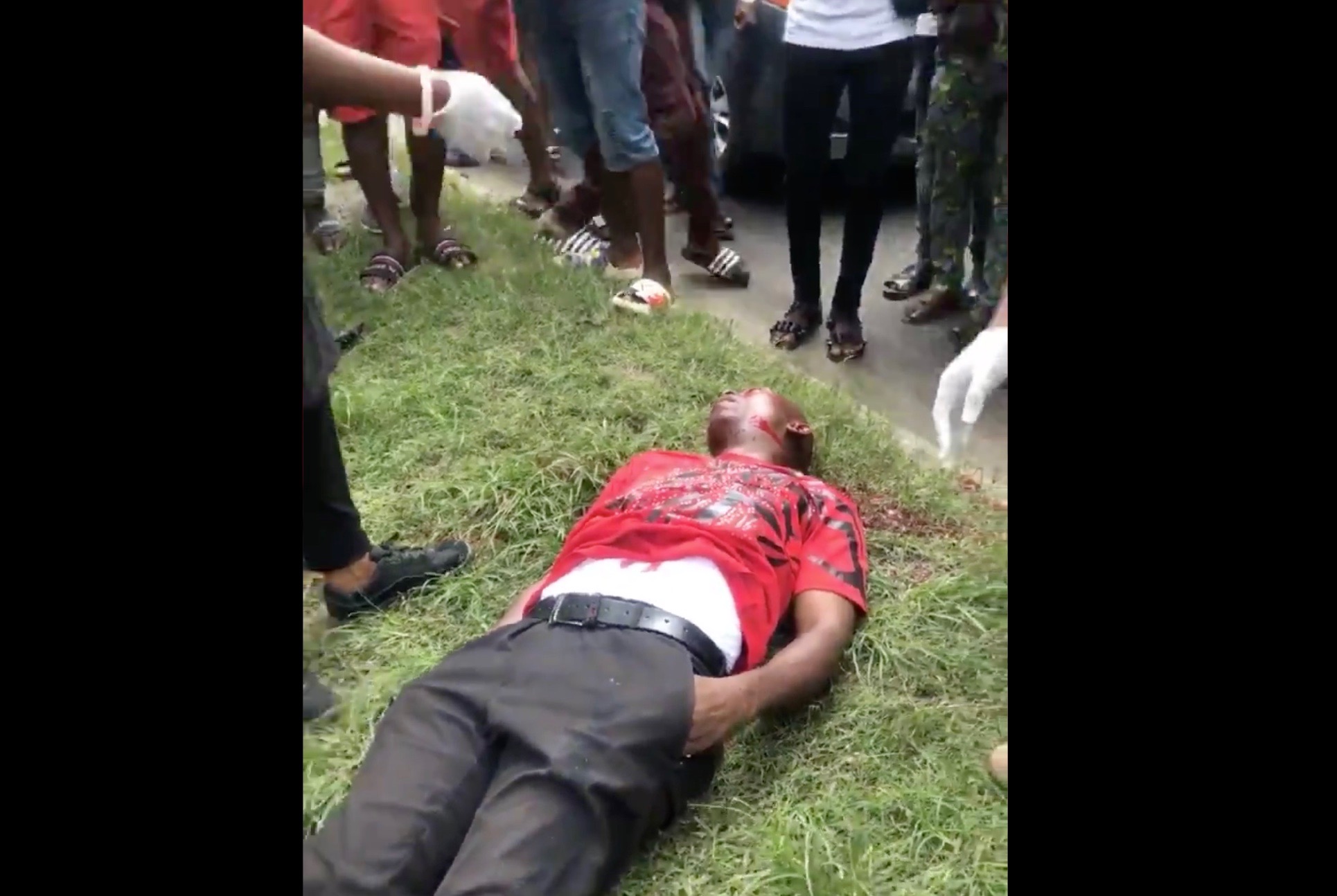 An #EndSARS protester has been shot dead by police in Surulere Lagos, following days of nationwide protests by Nigerians demanding an end to police brutality.

Protesters and eyewitnesss on Monday shared videos of the yet to be identified man lying in a pool of blood.

I am crying ???? ???? ????. Look at humanity on display here. See the spirit of the average Nigerian youth buhari called lazy and useless. This is what we do and this is why we demand for a better country. But these leaders don’t care. #sarsmustend #SURULEREPROTEST pic.twitter.com/ERVIQw4ULB

This is coming on the backdrop of the killing of Jimoh Isiaq, a student of Ladoke Akintola University Ogbomoso, who was shot dead by the police on Saturday during an #EndSARS protest in Ogbomoso, Oyo State.

Amid the protests, on Sunday, the Inspector-General of Police, Mohammed Adamu announced the dissolution of the Special Anti-Robbery Squad (SARS).

But many Nigerians say it is a gimmick to douse the tension created by the protests which have spread to the Nigerian diaspora in the United States and in the United Kingdom.

The protests continued on Monday as Nigerians took to the streets in their numbers across the country, blocking the roads, forcing commuters and motorists on their way to work to a standstill.

Some of the protesters who have expressed their displeasure on social media calling for an end to SARS, are demanding the release of some of the protesters that were arrested by the police during last week’s protests, prosecution of the officers that killed these victims, and compensation for the families of the deceased.

They are also calling for an end to police brutality, insisting that President Muhammadu Buhari should make the pronouncement disbanding SARS by way of an executive order.

According to the protesters, this is not the first time the IGP would announce measures to rein in the SARS operatives, but such a decision had gone without any effect in the past.

Nigerians, especially the youths, had marched in the streets of major cities across the country for the most part of last week.

The protests also took place outside the shores of Nigeria, in the United Kingdom where Nigerian youths gathered outside the country’s high commission in London to make the same demand.