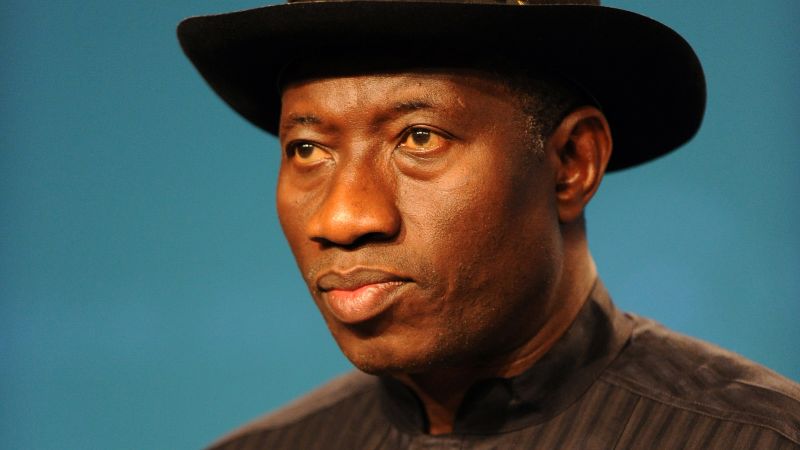 Otuoke, the hometown of Nigeria’s former President Goodluck Jonathan is one of three communities in Bayelsa State at risk of being washed away by coastal erosion, as the contract awarded to save the areas has been allegedly abandoned by the contractors.

The other affected communities are Akipelai and Ayakoro. Jonathan hails from Otuoke, a coastal community some kilometres from Yenagoa, the state capital.

Punch reports that the Shore Erosion Control Works project, with a 14-month completion period, was awarded in March 2012 during former President Jonathan’s administration.

The contract was awarded for N7.5bn by the Nigerian Ports Authority as part of its corporate social responsibility following agitations by the residents.

According to the 2017 Audit Report of the Federation, N4.2bn was made available to the contractors in 2015, representing 56.61 per cent of the contract sum.

The report stated that the NPA had shown no concern or taken any significant measure to recover the money from the contractor, “which implies expenditure inefficiency on the part of the government and loss of benefits to the communities where the project was meant to be implemented.”

A civil society group, Paradigm Leadership Support Initiative, said it embarked on a fact-finding mission to the project sites through its Value for Money advocacy project after analysing and simplifying the 2017 audit report.

The group, which visited the communities in March 2020, said it discovered that the Shore Erosion Control Works project would have positively impacted Ayakoro, Akipelai and Otuoke as most houses were built close to the riverbank.

The PLSI stated in its report, “Young people in these communities complained about the abandoned project and the effects of flooding on their communities.

“One of the youth representatives, who identified himself as Mr LoveGod Daniel, told our reporters that the contractors installed signage of the project only to come back months later to remove it. Mr LoveGod further said that nothing happened since the project signage was installed and removed.”

The group added that the residents confirmed that the contractors are Bayelsa indigenes, noting that project abandonment was an act of corruption and contravened Financial Regulations 224 and 230 (2009).

“Participants disclosed that the contractors are Bayelsans and by that should even be more accountable. About 30,000 (15,000 in Ayakoro, over 5,000 in Akipelai and more than 7,000 in Otuoke) residents of these underserved communities are being exposed to flooding and shoreline washed away by erosion,” the PLSI said.

The civil society organisation recommended immediate recovery of the unaccounted sum and prosecution of the contractors by anti-corruption agencies, enforcement of the Financial Regulation 3117 and re-award of the contract.