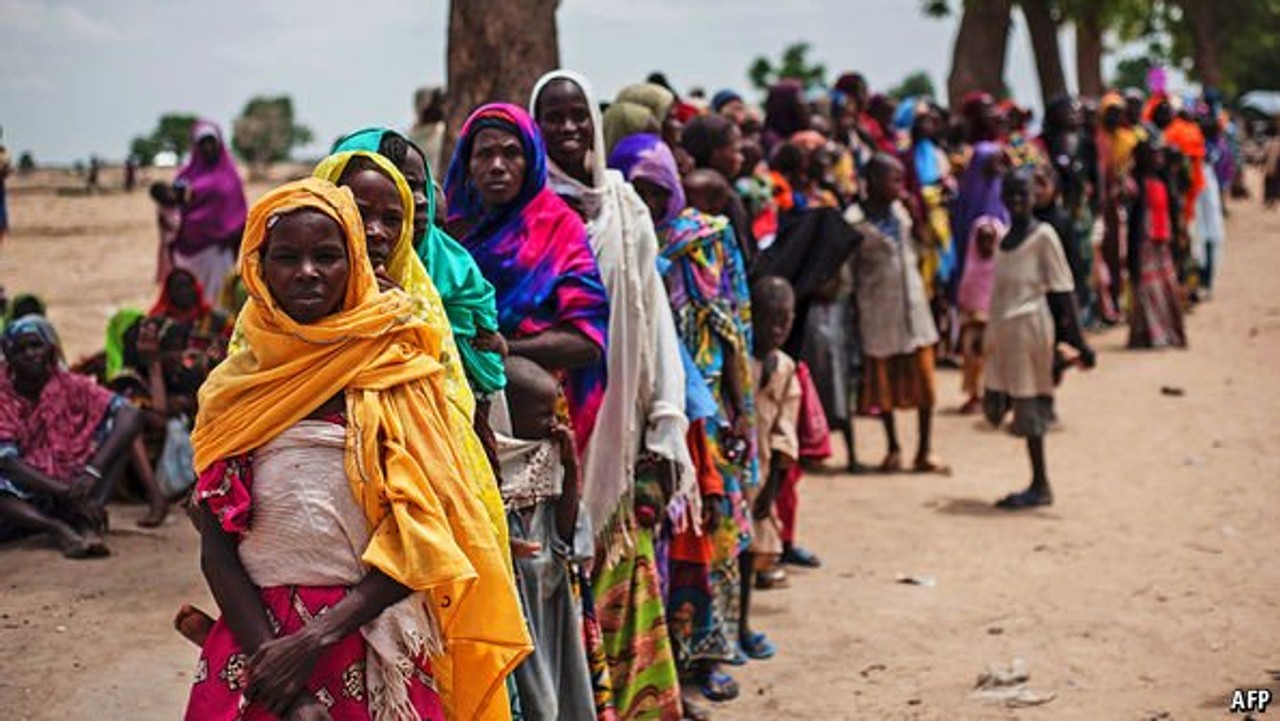 A new report jointly produced by the Food and Agricultural Organisation (FAO) and the World Food Programme (WFP) has warned that acute food insecurity was likely to deteriorate further in Nigeria and 19 other countries, particularly between February and May 2022.

The report which was released yesterday by the FAO and WFP issued an early warning for urgent humanitarian action in what they described as 20 “hunger hotspots” where part of the population was likely to face a significant deterioration of acute food insecurity in the coming months, that will put their lives and livelihoods at risk

Of the identified “20 hunger hotspots,” the report stated that Ethiopia, Nigeria, South Sudan and Yemen remained at the highest alert level from the previous edition of its report.

According to the report, in their last available assessments, these countries all had parts of populations identified or projected to experience starvation and death (Catastrophe, Integrated Food Security Phase Classification [IPC] Phase 5), requiring the most urgent attention.

The FAO-WFP therefore, called for an urgent and targeted humanitarian action to save lives and livelihoods, especially in Nigeria, Ethiopia, South Sudan and Yemen.

“Moreover, in four of these – Ethiopia, Nigeria South Sudan and Yemen – humanitarian actions are critical to preventing starvation and death,” the report stressed.

Giving specific reasons for the looming hunger in Nigeria, the report stated that in northern part of the country, attacks by non-state armed groups in the north-east, coupled with banditry and intercommunal violence in the North-central and North-west, would continue to disrupt agricultural and market activities.

These, it added, would lead to reduced incomes and new displacement, including in areas that are projected to face Catastrophe (CH Phase 5).

“Countrywide, about 620,000 people – over 74 per cent of them in Borno, Adamawa and Yobe – are projected to face Emergency (CH Phase 4) from June to August 2022, up from about 230,000 in the 2021 post-harvest period, within a total of 18 million people expected to face Crisis or worse (CH Phase 3 or above) levels of acute food insecurity.

“This represents a sharp increase – by 6 million – from previous estimates. While this relates mostly to increased geographic coverage in the analysis, nonetheless it is also a reflection of an overall deterioration of food security in northwestern, north-central and south-eastern states, driven by high food prices and the upsurge of violence, which are expected to further constrain agricultural livelihoods and access to food

“In the outlook, the likely deterioration of acute food insecurity levels is the result of persistent attacks by non-state armed groups in the northeast, coupled with banditry and intercommunal violence in the northcentre and northwest that continue to disrupt humanitarian access, and agricultural and market activities.

In the next months, prices will likely be further affected by the effects of conflict coupled with currency depreciation and foreign exchange shortages.

“In conflict-affected northern Nigeria, extreme access constraints are likely to continue in the outlook period due to persistent insecurity, while some areas most at risk of sliding into catastrophic situations remain out of reach.”

To identify hunger hotspots, FAO and WFP assessed how key drivers of food insecurity are likely to evolve and have combined effects across countries in the coming months, and the related risks of deteriorations.

They identified these through interlinked or mutually reinforcing parameters, including organised violence and conflict, economic shocks such as secondary impacts of the COVID-19 pandemic, weather extremes and climate variability, animal and plant pests and diseases.

Apart from Nigeria, Ethiopia, South Sudan and Yemen, some other countries listed in the report’s “20 huge hotspots” were Mozambique, Syria, Myanmar, Central African Republic, DR Congo, Sudan, Madagascar, Afghanistan and Angola, among others.