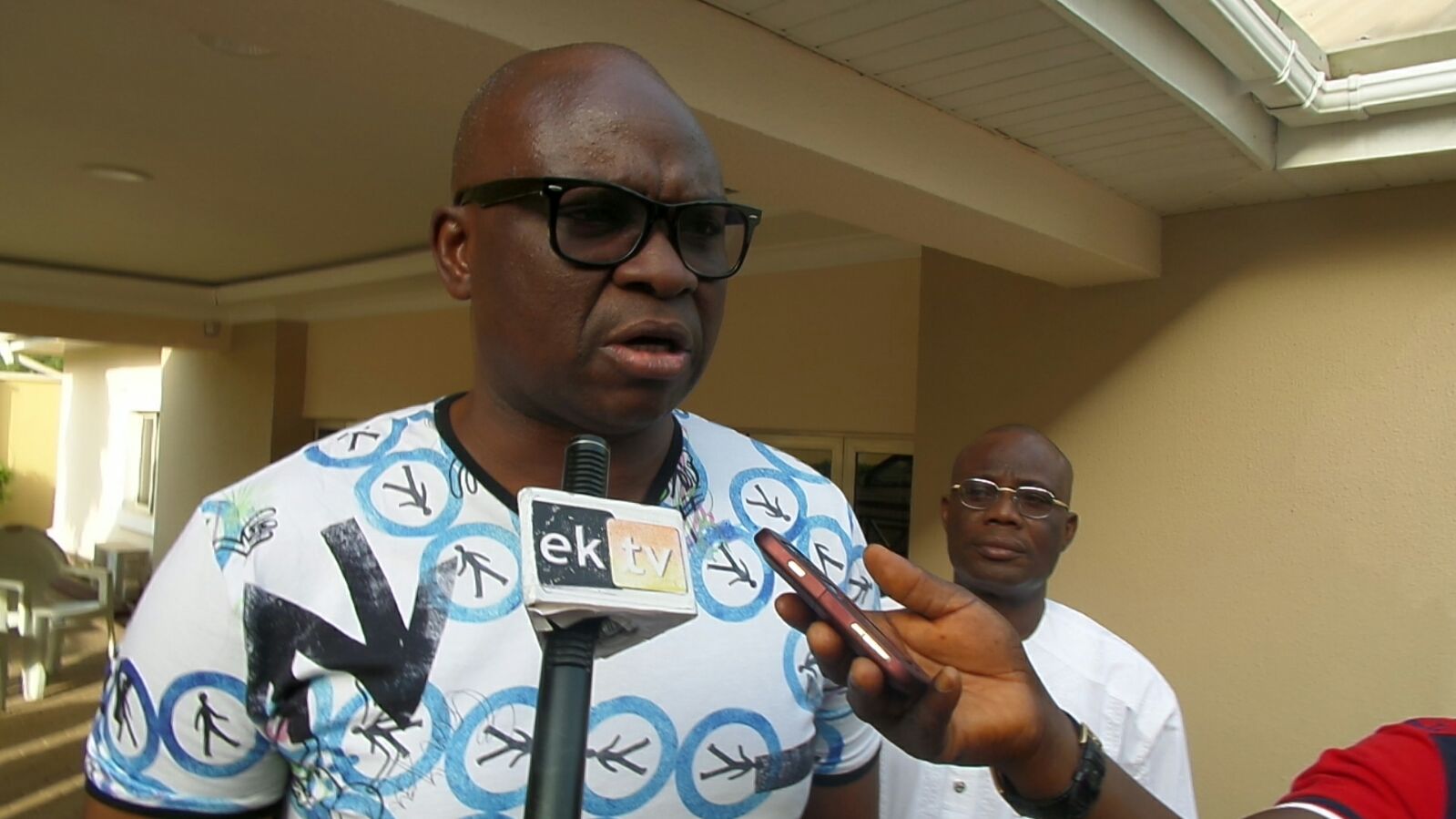 Ekiti State Governor Ayo Fayose has signified his intention to answer questions on management of funds under his watch, The Nation reports.

Fayose has promised to make himself available at the office of the Economic and Financial Crimes Commission (EFCC) barely 24 hours after the expiration of his constitutional immunity.

He is expected to vacate the state’s number one seat for his predecessor in office, Dr. Kayode Fayemi, on October 15 as the latter will be sworn to office the following day.

Fayemi, who contested on the platform of the All Progressives Congress (APC), defeated the outgoing Deputy Governor, and People’s Democratic Party (PDP) flag bearer, Prof. Kolapo Olusola, at the July 14 governorship election.

The Ekiti governor said his decision was sequel to “several and serial actions of the EFCC for sometime now including the freezing of his bank accounts.”

According to him, he has concluded arrangements to show up at the Abuja headquarters of the anti-graft agency at 1.00 pm on the said date.

The letter communicating the governor’s decision which was personally signed by him was dated September 10.

The letter was acknowledged received at the EFCC Chairman’s office on September 11.

It was entitled: “Notification of my decision to make myself available in your office to clarify issues(s) or answer questions on issues within my knowledge.”

The letter reads: “Several and serial actions of your Commission for some time now, including but not limited to the freezing of my accounts and  attempts to secure temporary forfeiture of my properties are indicative of  the Commission’s desire to have me clarify some issues or answer some  questions but for the immunity I enjoy under Section 308 of the 1999  Constitution as the sitting Governor of Ekiti State.

“I wish to inform to that my term of office pursuant to which I enjoy immunity against investigation and prosecution under the above provision shall lapse by effluxion of time on Monday, 15th October, 2018.

As a responsible citizen of our great country, I who believes in the Rule of Law, I wish to make myself available in your office on Tuesday, 16th October, 2018 at 1pm to clarify issues or answer questions within my knowledge.

“Please accept the assurances of my highest regards.”

The EFCC froze Fayose’s accounts domiciled at Zenith Bank in 2017 but the accounts were unblocked after the governor sued the anti-graft agency at a Federal High Court, Ado-Ekiti.

The EFCC challenged the verdict of the lower court at the Court of Appeal, Ado-Ekiti which ordered that the accounts be frozen again having been convinced that they were allegedly  used to keep proceeds of crime.

The EFCC averred that part of the $2.1 billion arms deal from the office of the former National Security Adviser (NSA), Col. Sambo Dasuki (rtd.) were paid into Fayose’s Zenith accounts

Fayose’s associate, Abiodun Agbele, is being prosecuted for allegedly assisting the governor to launder funds and purchasing property.