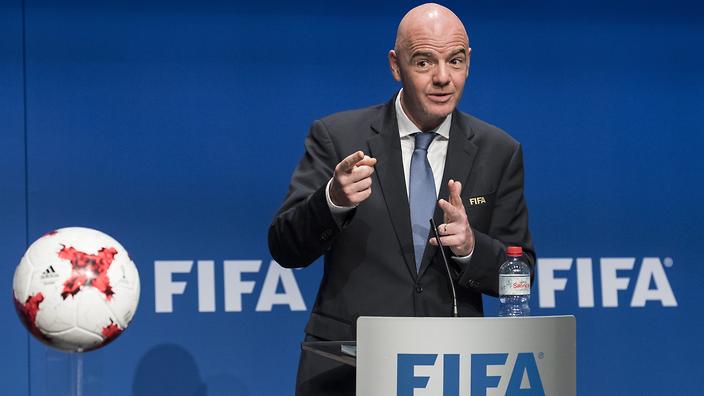 Africa could have as many as 10 teams competing at the 2026 World Cup after the allocation for places at the expanded 48-nation competition was ratified by the FIFA Council during their meeting in Bahrain, ESPN reports.

Africa is guaranteed nine places, up from the current five, while a 10th nation will enter a six-team play-off tournament to decide the final two qualifiers, raising the potential of an extra place for the continent.

CAF had been lobbying for at least 10 spots, with the continent providing 54 of FIFA’s 211 member associations, a little more than a quarter.

It appears as though a compromise has been reached, though it remains an uneven split compared to the more favoured confederations such as Europe and South America. The latter has only 10 member associations, but is guaranteed that six of those will be at the tournament, with the potential for a seventh through the play-off tournament. It means that 70 per cent of the South American nations could compete.

Europe has seen their number of guaranteed slots raised from 13 to 16, while the North and Central American confederation has also seen their number of teams doubled from a guaranteed three to six, while Asia goes up from four to eight. Oceania will now have one guaranteed place, having previously had to go through a play-off with a team from South America.

That makes New Zealand the big winners as they should qualify for every World Cup in the expanded format with little competition coming from their region after Australia jumped ship to the Asian confederation.

The most teams that Africa has previously had at the World Cup was six in 2010 when South Africa (hosts), Nigeria, Cameroon, Algeria, Ghana and Ivory Coast competed.

Egypt were the first African side to play at the World Cup when they were present at the 1934 tournament in Italy. It wasn’t until 1970 that Morocco made a second appearance from the continent, before Africa’s slots were doubled to two in 1982. That became three in 1994 and the current five in 1998.