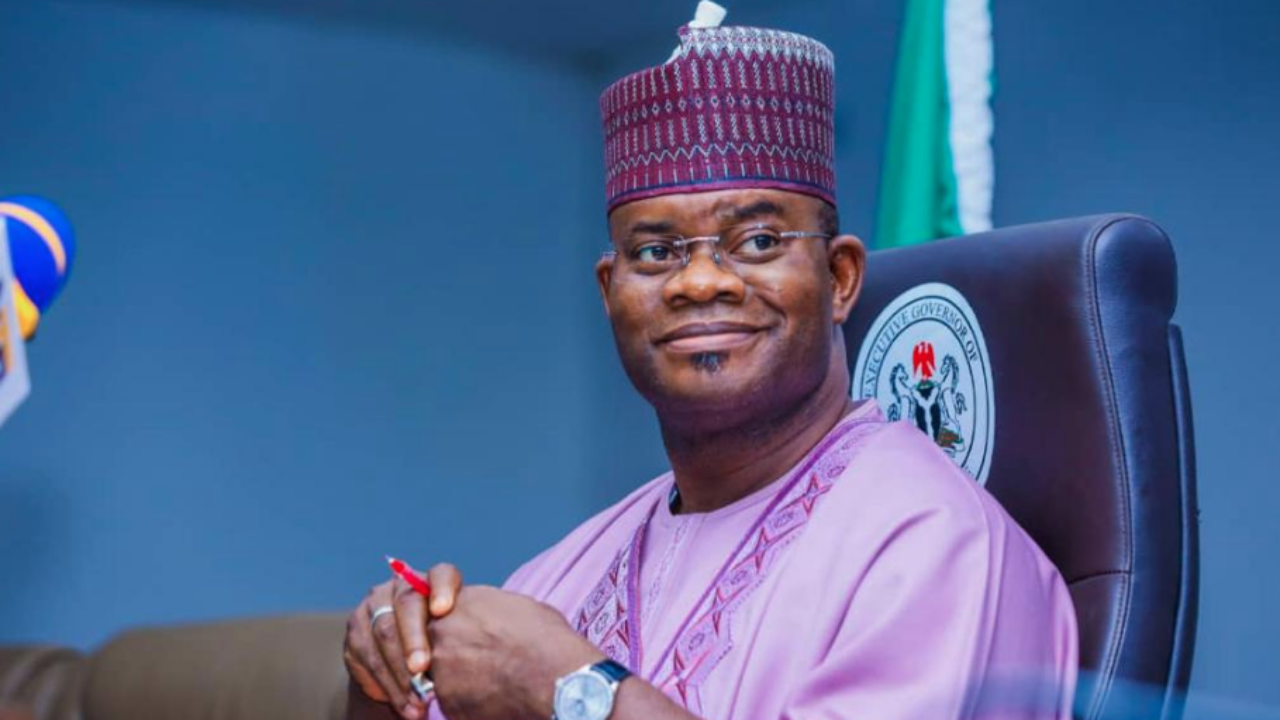 A Political Group Known as Got Your Back Nigeria , has drawn Support for the presidential Ambition of governor Yahaya Bello of kogi State.

Prof. Chris Mustapha Nwaokobia Jnr, the convener of the group in a press statement said the many Awards and recognition is a testament of service delivery of Yahaya Bello’s Administration.

“To be the most honoured, the most celebrated and the most recognized Public Office holder in today’s Nigeria is no mean fit. Deservedly so, the man fondly called GYB (Governor Yahaya Bello) redefines leadership in this clime”.

“Love or hate the young man who superintend the State of Kogi from The Lugard House in Lokoja, the fact remains that he is an example in responsible and responsive leadership. And clearly he represents the collective aspiration of the Nigerian people for a New Deal. Do you yet wonder why and how? Please Read On”.

“GYB did not just become the SUN NEWSPAPERS Governor of The Year 2021, in 2020 he won The Sun Newspapers Apostle of Political Inclusiveness Award. And take note, with the owner of The Sun Tabloid one of those seeking the Presidency in 2023, those who allege that GYB buys the Honours and Awards he gets are only jealous and or outrightly fallacious and mischievous. GYB is a gold fish deserving of the Honours he gets, QED”.

“Two weeks ago it was the Nigeria Media Merit Awards NMMA that honoured GYB as a doyen for the advancement of media excellence in Nigeria. Does GYB pay for all of the Honours and Awards he gets? How rich is Kogi State to fund the buying of Honours and still record the glowing feats for which he stands out? Please ask his critics, haters and naysayers”.

“If you do not like GYB, it is your choice, but do not lie against him, do not defame him and do not denigrate the grail bearer of the Youth O’clock Movement, as he clearly stands head and shoulders above his contemporaries in service delivery. If you do some research you may soon become a dye in wool supporter of the phenomenon called GYB. I bet you”.

“In a few weeks or so it shall be the Best Of Nollywood BON Awards, and GYB shall be at the centre of it all. The Awards that have been coming in in droves cut through all spheres and sectors of our national life, so I ask, are they for doing nothing”?

“Those who hate the strides and the courage of the Young dynamic Governor of Kogi State will continue to voice tommy-rot, but the fact remains incontrovertible, he has outperformed his peers, and as a Governor he has recorded Olympic feats in Security, Job Creation, Gender Inclusiveness, Religious Tolerance, Agriculture, Healthcare, Infrastructure etc “.

“The last time I checked, the Nigerian Union of Journalists NUJ Lagos State Chapter had given him an award for enterprising leadership. Indeed it was a Role Model Award for Exemplary Leadership. In the same vein the National Chapter of the NUJ gave him The Role Model in Education award. The NUJ FCT Abuja Chapter conferred him with the Award of the Torchbearer of Security, and what other platform can most credibly and creditably say it as it is? Will the entire assemblage of Journalists from different Press, Electronic and Print decide to deceive?”

“May it be known to all those who loathe and hate the Governor Yahaya Bello GYB phenomenon, that the awards will keep rolling in, because their hate will not blind the eyes of patriots and statesmen to the glowing light and strides of GYB. With GYB we are poised at berthing a New Nigeria that shall make real the promises of democracy. We Can”.

“Are you also aware that GYB was honoured by the Kwararafa Reporters as the Governor of the Year very recently? Are you aware that across the nation the GYB Movement stands tall with hundreds of Awards coming in from established media outfits, YOUTH groups, Civil Society outfits, Corporate Organizations et al? Do you think that they are for nothing? Are they simply about the politics of 2023? Think again. But truly ‘only a tree that bears ripe fruits get stoned’, so we are not troubled about the stones of naysayers, we have vowed however to never allow their lies and falsehood against GYB to stick. As they lie, we shall continue to tell the truth, for the truth only can set us, and indeed our nation free”.

“Youth O’Clock is the trust of the moment and the urgency of now. The Youths have elected to identify with their own, they are ready, willing, able and resolute about the quest for a new deal for our Country. The GYB phenomenon across the nation is the validation of this trust. Young people are saying no to the lies and falsehood consistently woven against their Star Man in leadership. They are saying that the lies out there cannot defeat the truth”.

“And the TRUTH is that GYB is the best Governor in Nigeria in the area of Gender Equality and Youth Inclusiveness, as recognized by a huge platform as the United Nations (UN Women), a research on this will amaze you. As the awards and honours roll in, We Move. So do your facts check and join the GYB Movement today”.

“The TRUTH is that GYB has made Kogi State the safest State in the North and the second safest State in Nigeria. And need I tell you that this feat was achieved despite the fact that Kogi State has 9 borders including the Federal Capital Territory. GYB is that active, effective, efficient and effectual Chief Security Officer that believes in the primacy of lives and property. GYB is the Real Deal”.

“The TRUTH is that GYB has made Lokoja the capital city of Kogi State one of the fastest growing cities in Africa. Do a fact check, and come along”.

“The TRUTH is GYB’s Kogi State is not owing workers, and Kogi State tops the chart in paying Medical and Health Workers their salaries and emoluments”.

“The TRUTH is that Kogi State under GYB boasts of one of the most functional Rice Mills in Nigeria today. And that the Kogi State Agricultural Revolution scheme is second to none”.

“The TRUTH is that Kogi State has one of the best Skill Acquisition and informal education programmatic which is the key to creating jobs and making the seemingly unemployable employable”.

“The TRUTH is that with the Kogi State share of the COVID-19 Palliative funds, GYB is 75% done in building one of the biggest health facility in West Africa in Kogi State, and no other Governor presently serving has achieved that feat”.

“The TRUTH is that GYB is a unifier and a bridge builder and he has manifestly proven that on several fronts. Mediating the truce that ended the food blockade between the North and the South in February is a testament. Intervening along with the Governors of the South West in quelling the fulminating Fulani/Yoruba tiff in Oyo, Osun and Ondo States is lucid. And constantly reaching out to the leaders of the disparate ethnicities that people Nigeria is halcyon”.

“And the TRUTH about the GYB magic is ad infinitum, do you yet wonder why the awards keep rolling in? Wonder no more, our promise is to keep churning out the WHOLE TRUTH, for the lies against GYB won’t stick. GYB stands out”.

“As the awards for his great deeds and ennobling strides in leadership continue to roll in, Countrymen and women, WE MOVE with 2023 and the high office of President a sure destination. It is YOUTH O’CLOCK Nigeria. Keep faith with GYB. God Bless Nigeria”. He said

In this article:Got Your Back Nigeria, Prof. Chris Mustapha Nwaokobia Jnr, Yahaya Bello 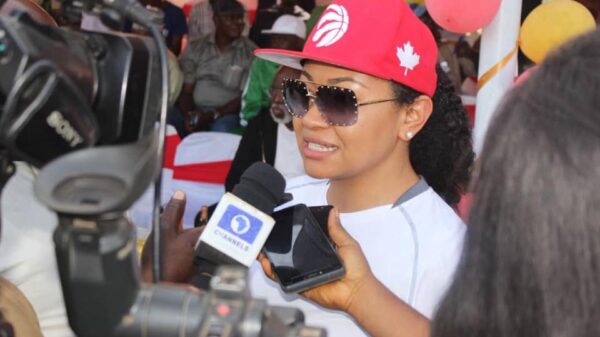