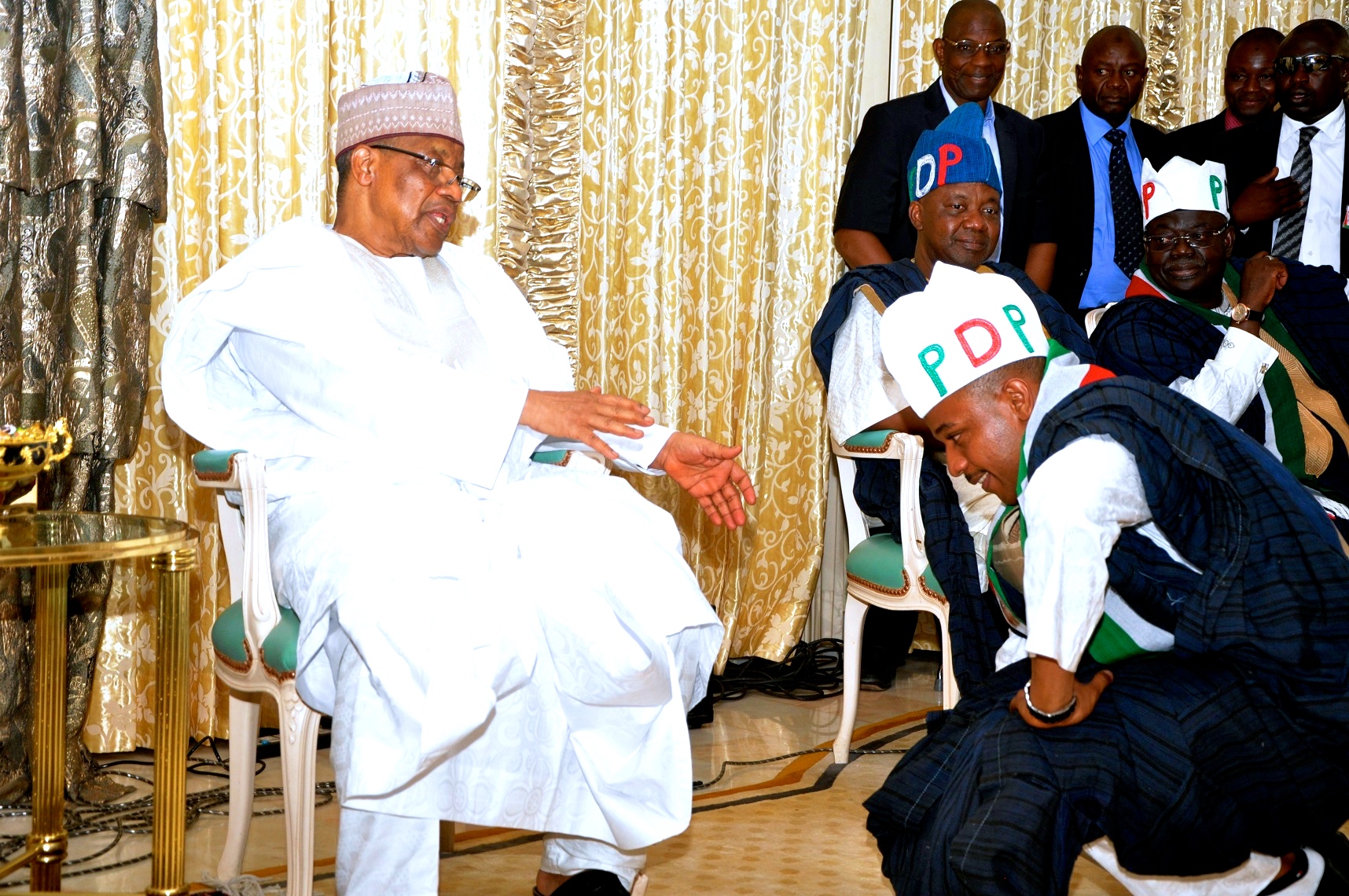 Former Military President, General Ibrahim Badamasi Babangida, has turned down the invitation extended to him by the Peoples Democratic Party (PDP) to attend its rebranding conference, Nigeria’s Eagle online newspaper is reporting.

The conference is scheduled for November 12. Babangida is a founding member of the PDP.

But the retired General and Nigeria’s former military President said he would not be attending the conference.

In a statement on Tuesday, Babangida said though as a founding member of the party he would have loved to be a part of the repositioning of the PDP after its dismal outing in the last general election, but he had since retired from politics.

The statement, which he personally signed, titled: “PDP REBRANDING CONFERENCE: COUNT ME OUT,” reads in full: “I wish to make some clarifications concerning the invitation extended to me on the scheduled PDP Rebranding Conference slated for Thursday, 12 November, 2015, aimed at repositioning the party after its poor outing at the last elections. While I welcome the invitation to the event as a mark of respect as one of the founding fathers, I want to be excused on the grounds that I have long bid bye to partisan politics.

“Four years ago at an elaborate event at the Transcorp Hilton Hotels Abuja, I announced my retirement from partisan politics after my failed attempt to contest for President and having attained the gracious age of 70, in a society where life expectancy stands at a ridiculous 47 years. In appreciating what Allah has  done for me in life, seeing me through many challenges, stabilizing me during periods of tribulations, and safeguarding me through the thick and thin of political risks, I did  state at that event that Journalists  would not push me around again.

“Attaining the age of 70 in 2011 was to me a great accomplishment for which I remain eternally grateful to Almighty Allah and my family who have shown tremendous support and encouragement throughout my political trajectory. Since 2011 till date, I have been playing my role as an elder statesman and “consultant-in-chief” to political office seekers and other like-minds who want my input in their aspirations. At 74, I feel a deep sense of fulfillment in my new role as non-partisan elder statesman and a patriot; available to all categories of persons without the burgeoning label of any political party or affiliation. I have many friends and associates in the two dominant political parties; APC and PDP, and numerous other smaller political parties. At this stage of my political journey, I want to be able to interact and socialize with them without being branded “anti-party”.

“It is on the score of this that I have elected to turn down this request to participate in the rebranding conference of the PDP in a partisan manner. My fulfillment in life is further bolstered by the emerging scenario that is evident in our present political reality. First, the idea of a two-party system which has always been my desire; and the stack reality that, incumbents can be defeated at various levels of election as a function of growing awareness and consciousness on the part of the electorate. These to me, present interesting dimensions in our political evolution as a country grappling with so many challenges.

“I have heard whispers from different political arenas that one of the rationales for the rebranding of PDP was to prepare me for future elections in 2019. How ridiculous? God’s willing; by 2019 I will be 78 years old. If I called it quit in 2011, why would PDP contemplate fielding a 78 years old man in a presidential election in a country that parades very vibrant men and women of lesser age?  I have no intention whatsoever to run for any office again in Nigeria. I will consistently pray to Almighty Allah to grant me good health and sound mind to watch my dearest beloved country grow from strength to strength during my lifetime and beyond.

“While I wish PDP the best of luck in its desire to rebrand for future electoral challenges, I wish Nigeria and Nigerians the uncommon wisdom to manage our internal contradictions for the sustenance of national unity.”

In this article:Ibrahim Babangida, Nigeria, PDP