The Governor of the Central Bank of Nigeria (CBN), Godwin Emefiele, has written to the House of Representatives, explaining why he will not be able to honour the invitation sent to him in person.

The letter sent to the House by the CBN governor was read by the Speaker, Femi Gbajabiamila at the plenary on Wednesday.

The Speaker informed the House that, in the letter titled “Invitation For Briefing” the CBN governor had explained the reasons for his absence and had constituted a team to come and brief the House because of the urgency and importance of the matter at hand.

Gbajabiamila said, “If you recall, the Central Bank was supposed to come on Thursday, and unfortunately the Governor was with the President in America, and he wrote to send his regrets.

“We invited him for yesterday, he wrote again that he was still out of the country, which was verified that he was.

“And the Clerk received a letter and we now invited him for tomorrow and his letter which was just received by the Clerk says, ‘We refer to your letter of December 20, 2022, on the above subject, inviting the CBN Governor to appear in person on Thursday, December 22nd. Regrettably, the Governor is out of the country on official engagements as well attending to some health challenges. He is therefore unavailable to attend the briefing.

“‘Giving the urgency associated with the briefing, the Committee of Governors led by Mrs Aisha Ahmed, Deputy Governor Financial Systems Stability is prepared to brief the House.

Hon Olusegun Odebunmi (APC, Oyo) opposed the decision of the House to accept to be briefed by the CBN’s team, saying that the team should be referred to the appropriate House committee, not the whole House.

Odebunmi said, “Mr Speaker, if the House wants to consider the representative of the Governor to see the House, then I suggest that, you refer them to the committee of the House, then they can report back to the House.

“If we are now inviting the representative of the Governor to speak to the House, Mr Speaker, it will not augur well with the institutions of this House”.

However, the deputy Speaker, Ahmed Idris Wase (APC, Plateau); the Chief Whip, Mohammed Tahir Monguno (APC, Borno) and Jimoh Ibrahim Olajide (APC, Lagos) said the House should allow the team to brief it as it is not about the personality of the CBN Governor, but the institution and its policies.

“And the CBN Governor is not alone, he is the head of an institution. So, if the remaining are coming on his behalf and they are sufficient, they will give us sufficient information, I think there is nothing bad about it.

“More so, he spoke about health condition which you and I don’t have any control over. Thank you.”

On his part, Monguno said, “Honourable Speaker, Honourable members, though human memory is momentary, if I can refresh our memory, yesterday, our resolution is to the effect that, the CBN Governor paraventure, if he is unable to come for one reason or the other, he can nominate, if he is still out of the country, he can nominate a competent official or a deputy Governor that can come and brief the House.

After the contributions, the Speaker ruled that the team from the CBN should be allowed to address the House on Thursday at 10am to address the issues at hand.

He said, “We will expect the team, the ‘Committee of Governors’ led by Mrs Aisha Ahmed, the Deputy Governor, Financial Systems Stability tomorrow at 10am to brief the House on the new cash policy as prescribed by the CBN Act. The briefing of the House, tomorrow, 10am.”

The House had invited the CBN Governor to explain the various policies recently introduced by the apex bank, especially the currency redesign and the cash withdrawal limit.

In this article:Central Bank of Nigeria (CBN), Godwin Emefiele, News 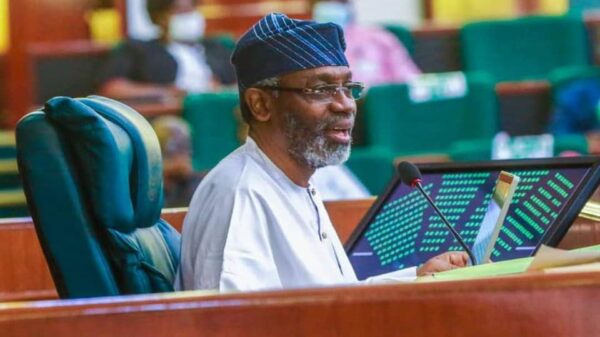