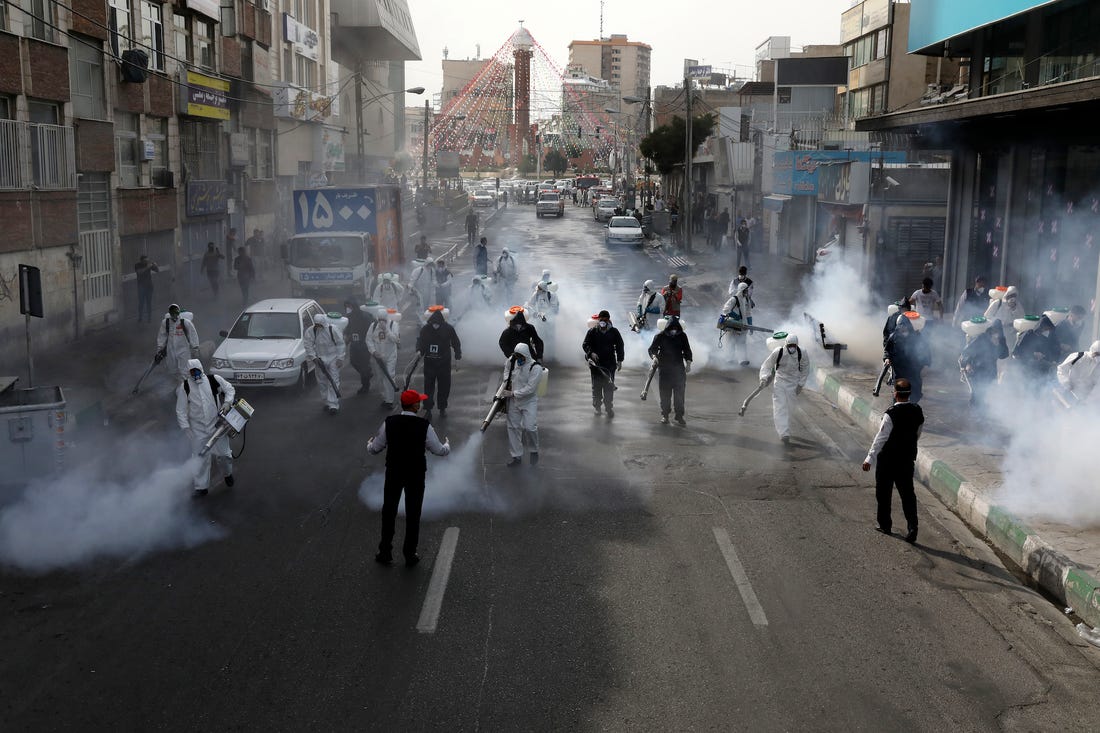 With 76 new deaths reported in Iran, the death toll from the coronavirus surged to 5,650, state media said today, Anadolu Agency.

A total of 1,134 more people tested positive for COVID-19 in the past 24 hours, bringing the total infections to 89,328, Iran’s state broadcaster reported, citing a statement by Health Ministry spokesman Kianoush Jahanpour.

Jahanpour said 68,193 people have recovered so far and were discharged from hospitals, while 3,096 patients are in critical condition.

More than 410,075 tests have been conducted in the country, he added.

In his speech at the National Coronavirus Council, President Hasan Rouhani said although they have started easing the restrictions in the country, it does not mean the virus threat is over.

“Although we are taking the outbreak under control, if people’s awareness falters, a second wave can begin. We would have to impose the same restrictions then,” he added.

After originating in China last December, COVID-19 has spread to at least 185 countries and regions. Europe and the U.S. are currently the worst-hit regions.

The pandemic has killed over 197,500 people, with total infections exceeding 2.81 million, while more than 795,300 have recovered, according to figures compiled by the US-based Johns Hopkins University.