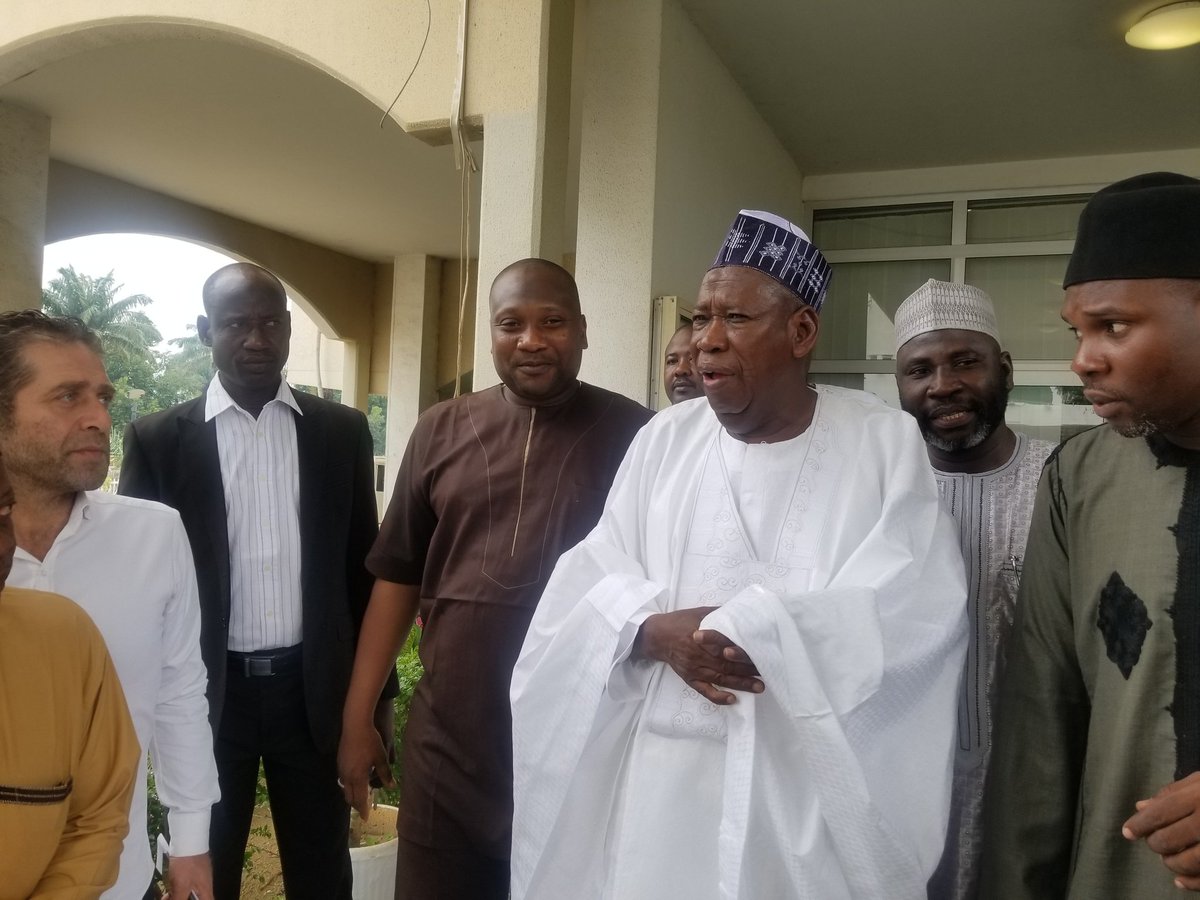 After watching the video released by online publisher, Jafaar Jafaar, on the alleged receipt of bribe money to the time of $5 billion by the current Governor of Kano State, Abdullahi Umar Ganduje, I made some observations which I kept to myself.

I was actually on my way out of the country and because of my relationship with the people of Kano, the government and the proprietor of the online medium, I decided to give the video a second look beyond a casual glance.

But as fate would have it, I later travelled to the United States of America and the issue came up in my discussion with a friend of mine who is a private investigator and an expert in motion pictures analyses which further reinforced my doubts compelling me to come up with this piece.

Having worked in government and particularly at the Kano Government House at the same time with time Jafaar as aides to then governor Rabiu Musa Kwankwaso, I can say without any iota of prevarication that I understand both the workings of government and the circumstances that could trigger such interventions.

But I will base my conclusions on the observations by the motion picture analyst.

The first observation that raises dust over the credibility of the entire video clip is the manner its intended release was advertised.

Weeks before the release of the video clip, Daily Nigerian whetted the appetite of its readers and multimedia viewers that it was about to release the video of a certain top politician north of Nigeria whose hands have been caught in the cookie jar.

Later it dropped the hint that it is the Kano State governor that was involved and that the revelation that would come out via the video was going to be explosive!

The process was no different from the promos that preceded an upcoming thriller to be shown at cinema houses.

The question is, how can a journalist give advance notice that he is going to release an explosive news item, in this case a video clip, when he knows that the document has the potential of putting him in harm’s way?

If a crime is committed and a journalist has it on tape, he will not go and start test running it to gauge public opinion before releasing it.

When The News magazine published the expose on Salisu Buhari which saw him resigning as Speaker of the Federal House of Representatives it did not go about ringing bells of attention before the publication.

This raises a moral and credibility question because it is either he is giving the notice because he wants to negotiate and collect money which is blackmail or the action is borne out of professional deficiency.

When my friend watched the first and second videos, he gave me professional preliminary explanation centered on three perspectives, the motive for releasing the video; the content and the implications.

On the motive, certain issues came up. Who is the person that released the video? Which organization does he work for? Is it possible that he could be used either directly or indirectly by some politician somewhere to get at the governor? Is it possible that the video may be a ploy to attract grants from international organizations especially in the United States, Europe or in other parts of the world? Could Ja’afar be trying to use such a video or story to seek for asylum in another country by releasing the clip just to claim that his life is in danger? What are his antecedents in the journalism industry in Nigeria?

All these would come to bear in establishing the motive and credibility of the source.

The second aspect he said are the faces in the video. If it is a contractor that is handing over the money to the governor, who is that contractor? Why was his face not shown? When he met the governor, was he representing himself or representing a group of contractors? And if he is representing other contractors, how could those who are beneficiaries of the system go and organize themselves to commit a crime against their benefactor? Because, a giver of a bribe and a taker are all guilty. If can they all go and sit and organize themselves like a criminal ring just to implicate somebody that means there is a premeditated course of action to set up the governor and tarnish his image.

Again, can a governor in Nigeria sit down in his office or in a hotel or any location and be collecting such a huge amount of money in bits and pieces to the extent of raising his inner dress?

These certainly do not add up. Again, the video does not show the face of the giver, only showing the face of the taker but in establishing a case such as this, the giver’s face must also be seen otherwise it would be difficult to establish that a crime was committed.

The only way the person giving the bribe money could have been able to record it is if it was done either through a pen or eye glasses camera and if it is a woman, it could be through an ear ring, necklace or even a finger ring camera.

A thorough scrutiny of the angles will show that none of these items was used to record the video; it most probably would have been taken by a third party.

If that is the case, how can a third party come with a camera and be recording a governor receiving bribe from another person in such a circumstance and the governor will sit down and be receiving instructions from them?

Another thing is where the alleged offense committed is classified. Is it under federal or state offense? If it is under the state, the case may not go far due to the caliber of witnesses that may be called who may be reluctant given the political coloration of the case.

If however it is classified under federal it would take a prolonged legal battle to conclude.

This is because the procedure regarding the release of the video and the content cannot stand rigorous scrutiny as it has so many minuses in it.

For Ja’afar to convince people beyond reasonable doubt that his cause was genuine his background and lifestyle have to be subjected to public scrutiny.

Issues like, what is the source of his income, what is his lifestyle would have to be laid bare.

This is because from what could be gleaned so far, both his lifestyle and the source of his income are not strong enough to make him invulnerable to be used by the political opponents of the governor.

To worsen the matter, Ja’afar said he submitted the video for screening to Amnesty International and other media agencies which confirmed the genuineness of the clip.

To this one may ask, is Amnesty International a video vetting agency and since when have media houses begun to screen the editorial content of one another to certify authenticity?

All these are minuses for what is been sold as an anti-corruption expose.