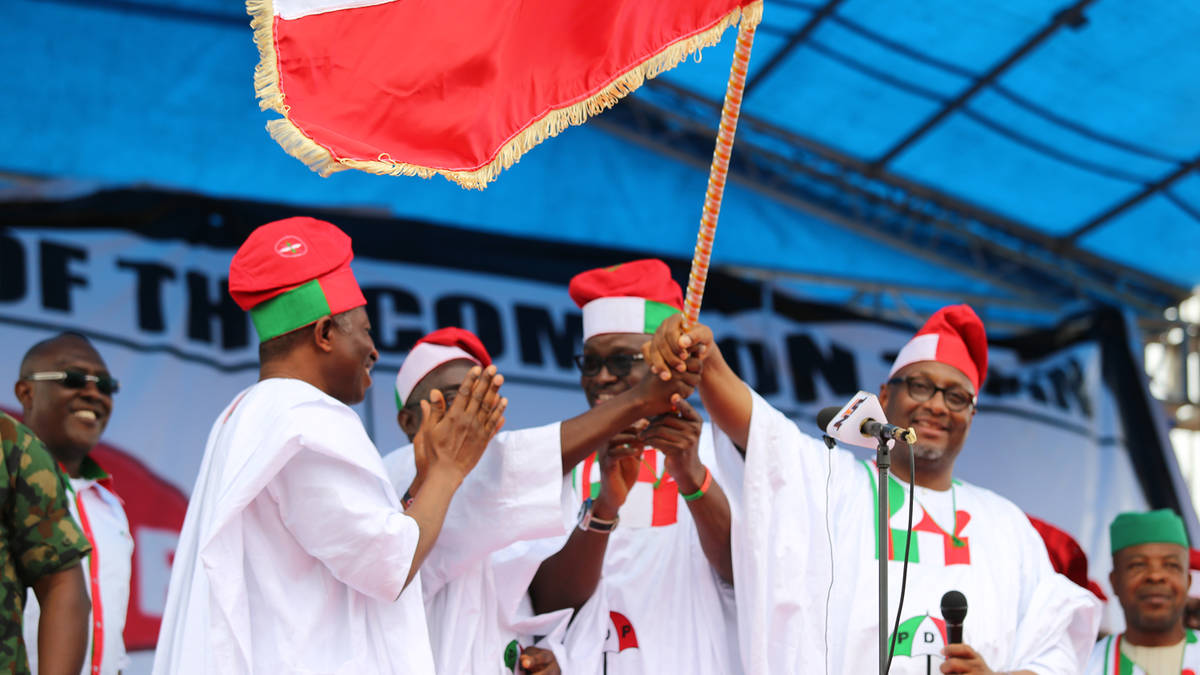 Former President Goodluck Jonathan and his party, the Peoples Democratic Party (PDP) were not mentally prepared for the defeat they suffered during the April general elections, President Muhammadu Buhari has said.

Buhari said this in Abuja on Monday in a keynote address titled the “Challenges of Transition in Nigeria and the Imperatives for a New Framework” at an event on Strengthening Nigeria’s Transition Framework for Democratic Consolidation organised by the National Democratic Institute.

The president who was represented at the event by the Minister of Information and Culture, Alhaji Lai Mohammed, said as a result of lack of mental preparedness, the government of Jonathan could not put the structures necessary for transition in place and this nearly led to a national crisis.

“Our experience in the last transition process was unique despite the fact that we have held many general elections and transitioned from one government to another. Indeed, the last election heralded the first real transition in the history of our nation, being the first time that an opposition party will sweep the ruling party out of power”, President Buhari said.

At the event, Minister of Youths and Sports, Mr. Solomon Dalong, lamented that the transition committee set up by Buhari was offered only N20 million which was turned down because it was inadequate to take care of its expenses.