Commissioner of Information, Youths and Culture, Malam Muhammad Garba described the video as a cloned work, distorted and disjointed and calculated to discredit Ganduje.

Garba said the unidentified source “is a serial blackmailer and extorter”, adding that government will seek redress in court.

“The Office of the Attorney General and Commissioner for Justice is challenging the implausible and eccentric posting of the cloned video that went viral in a court of law considering the gravity of the caricature, which indicates the extent to which mischievous elements can go to discredit public figures by wielding non-existent scandals against them.

” A mere observation of the cloned video clearly shows that the video is doctored and disjointed with no material facts or evidence to prove the allegations, other than a callous attempt to tarnish the hard earned image of the office and the person of the Governor.

“The Governor of Kano State wishes to once again emphatically debunk the allegation of receiving gratification of $5Million or any amount whatsoever from any person or body.

” It is important to draw the attention of the general public to the fact that the alleger is a serial blackmailer and extorter. We are also aware that the hidden motive is to reduce the popularity of the Governor and consequently affect the anticipated quantum of APC votes from Kano in the 2019 general elections.

“While the state government is taking the legal action, we wish to assure the good people of Kano that His Excellency will remain focus and continue with laudable programmes that will add value to the lives of the people of Kano State. We also call on the general public, especially members of the APC to remain calm and always be law abiding.” 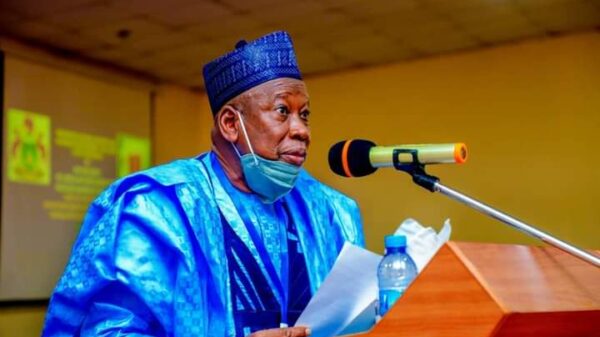 The Kano state government has announced a prohibition on the operations of tricycles popularly known as A Daidata Sahu from 10:00pm – 6:00am with...