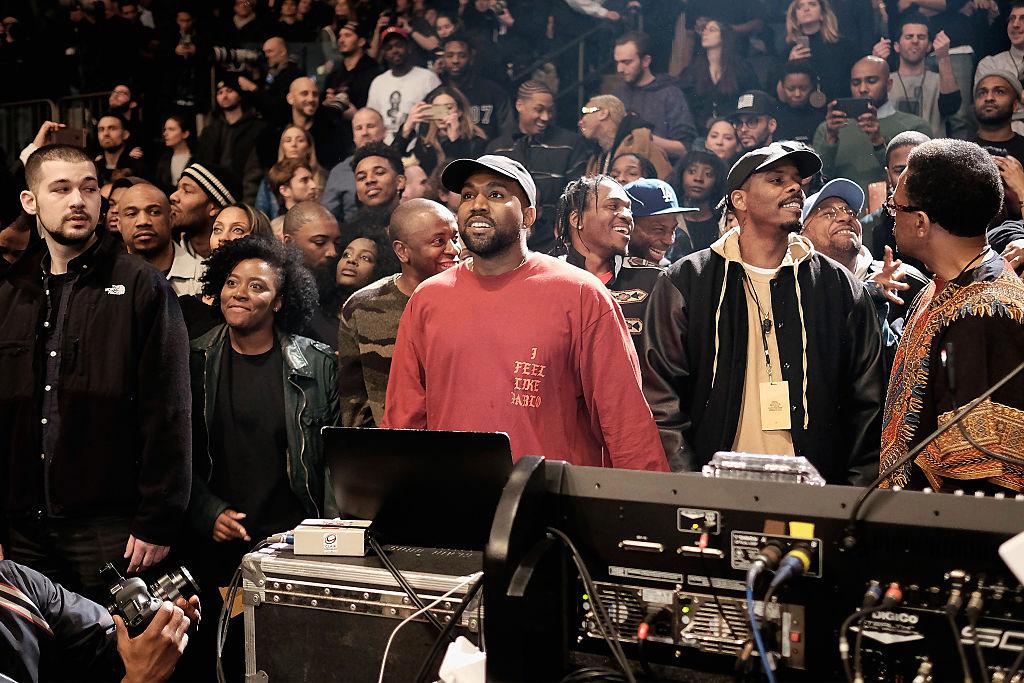 Kanye West just premiered his much-anticipated “Famous” music video (or “visuals,” as they’re officially being called). If you wanted some WTFery, rest assured Kanye has GOT your WTFery. Shot above what looks like the Worlds Biggest Unmade Bed, the camera tracks over a group of naked, sleeping celebrities. Kanye and Kim get the middle, and are flanked by Taylor Swift, Rihanna, Chris Brown, Caitlyn Jenner, Amber Rose, Anna Wintour, Ray J, Bill Cosby, Donald Trump, and George Bush. In the credits, he thanks the celebrities whose images he featured “for being famous.”

Kanye’s team has not commented on whether the images are recreations or the actual celebrities themselves. Which raises the question – Is the Taylor Swift in the video a Madam Tussauds’ wax doll? The best Hollywood prosthetic job in the world? The future of CGI?

So what does it all mean? Kanye’s not saying much, but he did tell Vanity Fair that “It’s not in support or anti any of [the people in the video]. It’s a comment on fame.” He also revealed that when he previewed the video for his celebrity friends who don’t appear in the video, said friends informed Yeezy that “…they want to be in the bed.” Which, in itself, is probably another comment on fame.