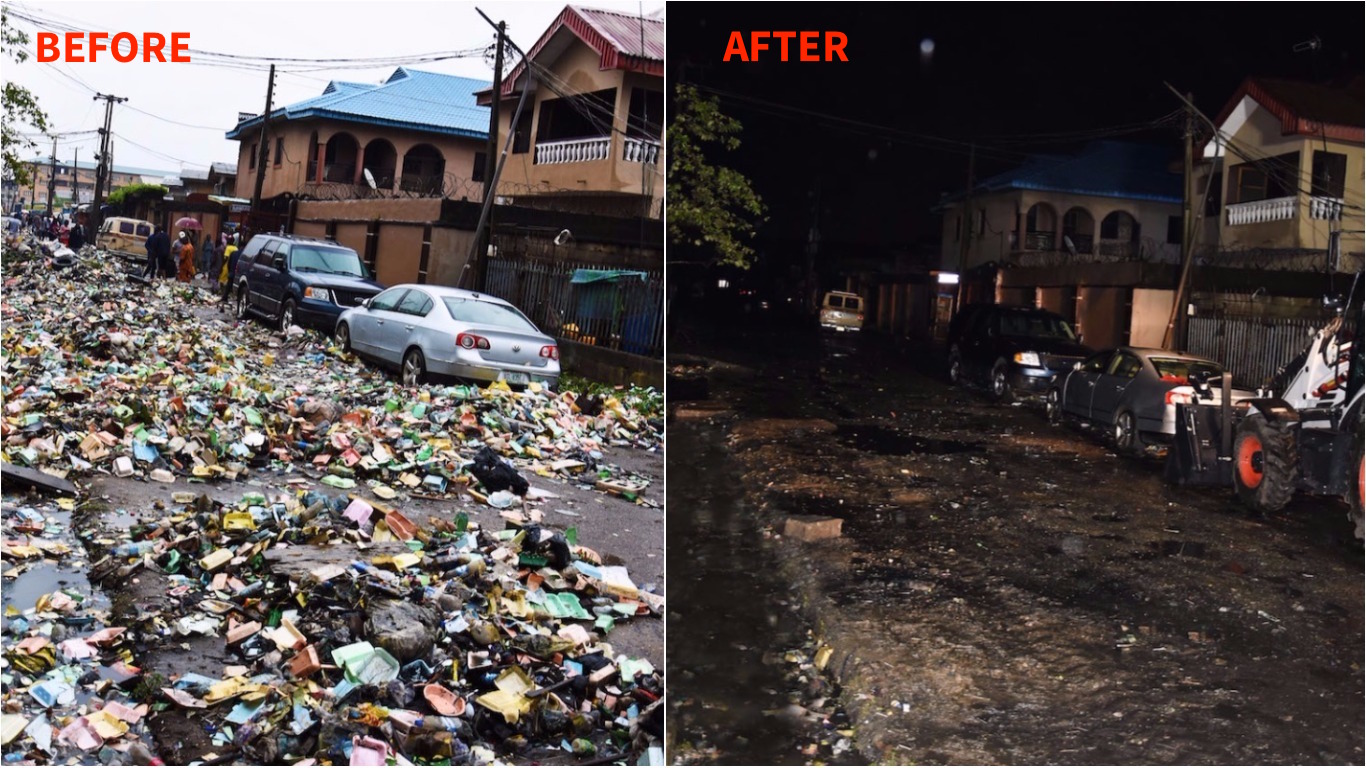 *Applauded by Lagosians for prompt action

The Lagos State Government has earned the praises of residents of the state for its swift response after a street in Surulere area of the state, Akobi Crescent was flooded and overtaken by debris following a torrential rainfall. The debris before the clean up action by Visionscape and LASG officials | Photo: SIGNAL File

The debris elicited concern from Lagosians who took to their social media handle to express their apprehension. However, within a few hours after the incident happened, officials of Lagos State Government and Visionscape, a globally acclaimed environmental utility group, moved their heavy-duty equipment to the flashpoint and quickly evacuated the tonnes of debris from the area.

Impressed by the quick response, many residents of the state took to their social media handle to show their appreciation.

Toyin Olufemi Bawaallah said on facebook after watching the video of the clean up exercise, “Good job. I am familiar with the area…..”

Another respondent, Azuka Jebose said, “Great rapid response by you guys. Governance is a two way street. The government must meet its responsibility to the people. We the people must also meet ours the  govt. Our mindset should change toward our involvement in cleaner society or environment. The earth does not belong to us. We belong to it. Our civic responsibilities to help government to help us cannot be over-emphasised. So next time you drink pure water satchet or bottle, discard wastes purposefully. We must help government to help us. Thanks for the rapid response”.

In his response, Alexis Onome-Egborge said, “Great to see the work is being done.”

In her comment on twitter, a lady, Victoria simply said, “Thanks to @AkinwunmiAmbode and Visionscape. Our streets are clean again, while Mayowa Balogun, also on twitter said, what happened (has) happened but I am happy with the response by the government.

The Lagos State Government said that working in conjunction with Visionscape, it has intensified activities aimed at clearing refuse from all illegal dumpsites spread across the State in an a special process tagged ‘Operation Deep Clean’.

The State’s Commissioner for the Environment, Dr Babatunde Adejare, in an interview, said the State Government would spare no efforts in ridding the state of all illegal dumpsites, which have been designated as environmental dark spots, assuring that such sites would be cleaned up in the next 60 days.

“Yes, I can confirm that we have commenced ‘Operation Deep Clean’ in partnership with Visionscape”, he said while affirming that this was why the state government was able to swiftly clear from the streets, the heaps of refuse which took over Akobi Crescent in Surulere after a heavy downpour.

“One thing I can assure Lagosians is that as a State Government, we are very determined to bequeath a clean, livable and flood-free environment to the people of this State,” Adejare said.

The State Government had sealed an integrated waste management services contract with Visionscape targeted at ending the perennial flooding confronting the State and ensuring a clean and livable environment. According to the contract spanning 10 years, Visionscape which specializes in providing turnkey solutions in areas of sanitation, energy and wastewater treatment, will be responsible for door-to-door waste collection services to households in the State.

Below is a picture taken after the Lagos State Government had evacuated the waste from the Street, and those of Operation Deep Clean in other parts of the State.

A picture taken after the Lagos State Government had evacuated the waste from the Street | Photo: SIGNAL File 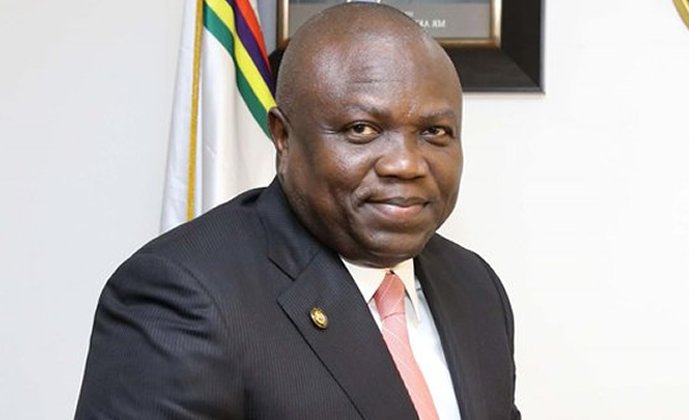