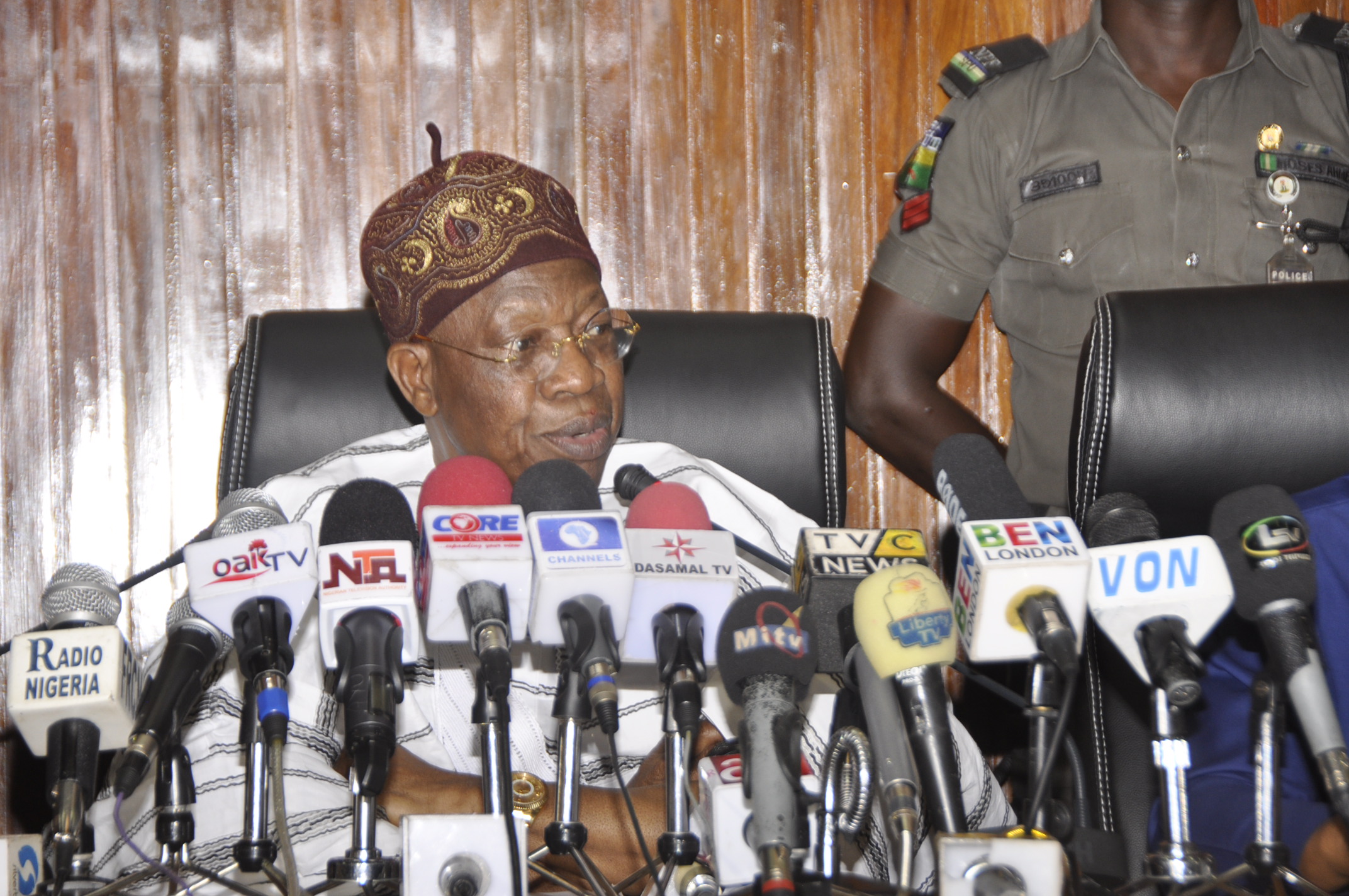 A federal high court in Lagos on Monday granted former Minister of Finance, Nenadi Usman, leave to serve the Minister of Information, Alhaji Lai Mohammed a notice to appear before the court and explain why he should not be committed to prison for publishing the name of the applicant in ‘looters’ list, while the matter is in court.

The Federal Government, through the Economic and Financial Crimes Commission (EFCC), had charged Usman and three others before the court and they pleaded not guilty. While the matter is still ongoing, the applicant’s name was included in looters’ list published by the alleged contemnor.

According to the motion, the alleged contemnor, aware of the pendency of the suit, caused to be released and published a list of looters in several media platforms on April 1, 2018, where the name of the applicant featured prominently as having looted N1.5 billion.

Supported with a 14-paragraph affidavit deposed to by a litigation assistant at Synergy Attorneys, Sesan Adebayo, he swore that the alleged contemnor in a purported response to the Peoples Democratic Party (PDP), named persons he called looters of the treasury at a press conference in Lagos and included the applicant, even when he’s a aware of the pendency of the suit before the court.

“I believe that if the alleged contemnor is not made to show cause as to why he should not be charged for contempt and purge himself of the willful contempt of the authority of this court by committing him to prison, he will continue in his contemptuous activities thereby making mockery of the judicial process,” Adebayo averred.

Justifying the reasons for the application, the applicant stated that the alleged contemnor’s address is outside the jurisdiction of the court and so requires the leave of court to do so, as well as the fact that as a serving minister.