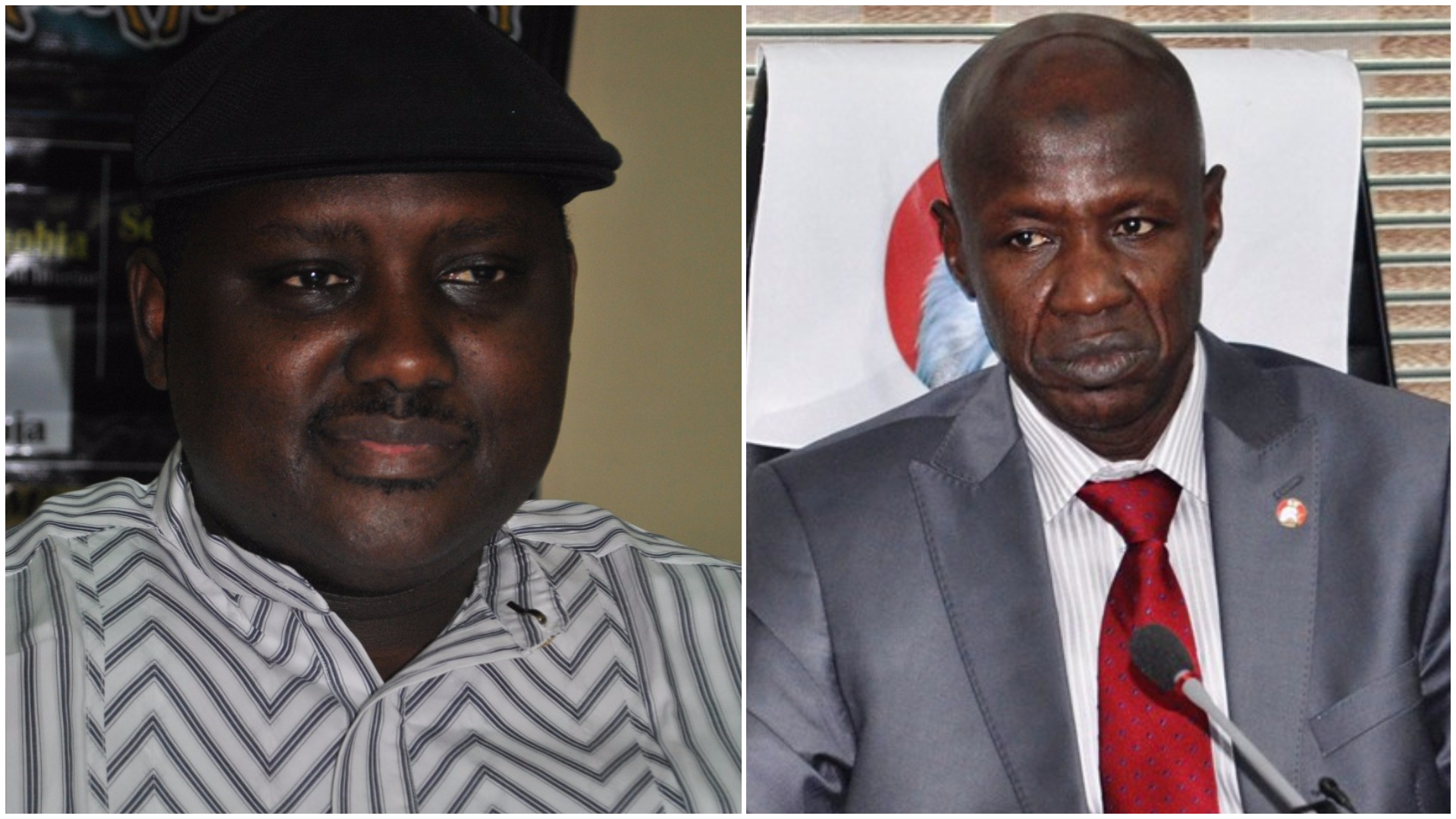 The mansion was allegedly acquired by Maina when he was the chairman of the controversial Presidential Task Force Team on Pension Reforms.

The Nation reports that Maina also has a 24-charge case pending before a Federal high Court. He has been reinstated as director, an action that has sparked a big row over the anti-graft war.

Maina was declared wanted by the EFCC in November 2015 for alleged fraud. The EFCC reported him to the International Police (INTERPOL).

He resurfaced this month as an acting director in the Ministry of Interior.

An EFCC fact-sheet shows that Maina was under probe for multiple allegations, including fraudulent biometric contracts, which resulted in the mismanagement of over N2billion of pension funds and acquisition of choice mansions in Abuja.

According to the document, an investigative team led by Habibu Aliyu, an EFCC official, uncovered how Maina paid $2million for a property at 10, Amisi Musa Street in Jabi Lake, Abuja.

Part of the fact sheet says: “Our findings confirmed that he paid $2million for the house in cash in one day when he was the chairman of the Pension Reform Task Team.

“Investigation showed that the house was sold to him in June 2012 by one Adamu Modibbo. It is located at 10, Amisi Musa Street, Jabi Lake Area. The house was bought at the time he was in charge of pension reform.

“The EFCC marked the house as a property under investigation but all the marks were removed and the walls repainted. Maina has other properties which he acquired as an Assistant Director in the Federal Civil Service.”

The fact-sheet gives an insight into attempts to bring Maina to book, including when he relocated to Dubai in the United Arab Emirates (UAE).

The document states: “Maina was declared wanted by the EFCC. On November 11, 2015, the EFCC wrote to the Inspector-General of Police, with an attention to the Commissioner of Police (INTERPOL), requesting for the publication of Abdulrasheed Maina on INTERPOL Red Alert.

“The letter sought assistance for the arrest of Maina who has a fraud case, FHC/ABJ/ CR/, requesting for the publication of Abdulrasheed Maina on INTERPOL Red Alert.

A source told our correspondent: “This INTERPOL step was taken barely a week after Ibrahim Magu took over as the Acting Chairman of EFCC.

“It will be interesting to tell you that when we sent the letter to the INTERPOL initially, it got missing, but unknown to them, we had the acknowledged copy. We were undeterred; we had series of correspondences with the INTERPOL.

“After many months, on January 12, 2016, the commission received a response from INTERPOL acknowledging the receipt of the letter to place Maina on Red Alert.

“But INTERPOL requested for more information to take some steps. This was the position in INTERPOL while the EFCC went ahead with the trial of Maina and others.”

It was learnt that the EFCC was on the trail of Maina.

“Our detectives are on standby to arrest him any moment from now. We are already trailing his whereabouts. As of Sunday, he was said to have shifted base to Kaduna.

“I can tell you that Maina, who was declared wanted by EFCC, is being protected by some armed policemen. No one knows how he came about special protection.”

The EFCC had on November 2, 2015 declared the former Chairman of the Pension Reform Task Team wanted.

A statement by the Head of Media and Publicity of EFCC, Mr. Wilson Uwujaren, said Maina was wanted for his alleged role in the fraudulent biometric contracts through which he and former Head of Service Steve Oronsaye and two others allegedly mismanaged over N2billion of pension funds.

The statement said: “Maina was on July 21, 2015 charged alongside Oronsaye, Osarenkhoe Afe and Fredrick Hamilton Global Services Limited before a Federal High Court on a 24-count charge bordering on procurement fraud and obtaining by false pretence.

“While Oronsaye and two others were in court and pleaded not guilty to the charge, Maina had been at large.

“However on July 21 when the court heard the bail applications of the accused persons, Maina through his counsel, Esther Uzoma, told the court that he was not at large, claiming that the EFCC had never invited him.

“Consequently, EFCC counsel, Rotimi Jacobs, SAN, pleaded with the court to prevail on the accused’s counsel to produce Maina in court as the Commission had no clues as to his whereabouts.

“The court granted Rotimi’s prayers, yet Maina continued to shun court proceedings, leaving the Commission with no option than to declare him wanted.

“Two officers of the bank were quizzed two weeks ago. Commission’s sources said they made damning revelations of several opaque transactions through which Maina allegedly lined his pockets at the expense of thousands of hapless pensioners.”

Oronsaye has been discharged and acquitted by the Federal High Court of the charges preferred against him.”