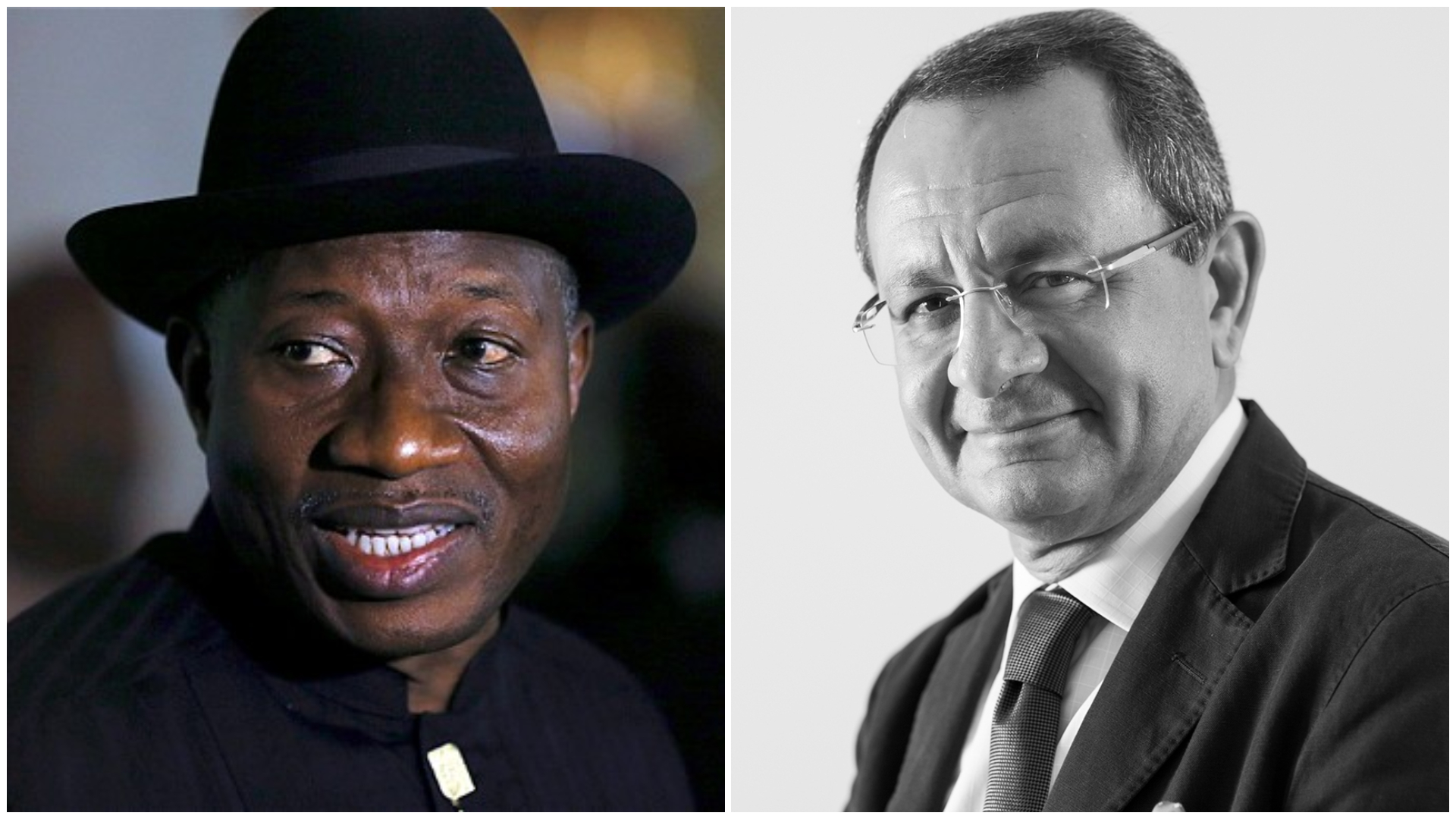 A former Russian diplomat, Ednan Agaev, who once alleged that former president Goodluck Jonathan allegedly received $200 million in the controversial Malabu deal has reversed himself on the claim, stressing that the initial statement in which he indicted the former President was made under duress.

Mr, Agaev, a middleman and defendant in the case, helped negotiate the transfer of the OPL 245 oil block to Shell and Eni, two multinationals at the heart of the scandal. He made the new claim on Wednesday while giving evidence before an Italian court in Milan over the controversial Malabu scandal. Premium Times reported that Mr Agaev’s initial statement was read but he declined to confirm the statement. Mr Agaev claimed he was under pressure in the interview to mention a name.

When confronted with his exact statement alleging that Mr Jonathan may have received money, a defence lawyer interrupted and objected to the evidence on payments to the former president. When asked whether he thought Mr Jonathan got money from the deal, he said his statement to the FBI should be understood that he thought it was a possibility money would go to Mr Jonathan, but he had no evidence.

Commenting on his previous statement, Mr Agaev said it was just speculation and declined to confirm his statement. It was reported that at this point, the President of the court however silenced him even as the lawyer continued to interrupt. He promptly denied any wrongdoing.

In 2017, BuzzFeed quoted a 2017 excerpt of FBI submissions to Italian authorities wherein Mr Agaev alleged that if Mr Etete actually paid out bribes to Nigerian officials, “Agaev stated that he would think President Goodluck Jonathan got at least $200 million of this money.”

Former President Jonathan had on many occasions denied this allegation, recently describing it as “cheap, predictable and recycled falsehood”. A statement issued last May by Jonathan’s media adviser, Mr Ikechukwu Eze, said: “Former President Goodluck Jonathan did not ask for or collect any bribes, neither has he been charged for asking or collecting bribes, neither will he ever be charged with asking for or collecting bribes, because such never happened.”

Anti-corruption investigators and activists suspect Mr Aliyu fronted for top officials of the Jonathan administration as well of officials of Shell and ENI. The transaction was authorised in 2011 by Mr Jonathan through some of his cabinet ministers and the money was payment for OPL 245, one of Nigeria’s richest oil blocks.

Speaking at the Milan court on Wednesday, Mr Agaev disclosed that he knew former president Olusegun Obasanjo for the first time in the 1980s and campaigned for the former president’s release in the 1990s but didn’t learn about OPL 245 until 2008 when working for a Russian oil company. He further disclosed that he knew the OPL 245 block was revoked because Mr Etete was associated with Malabu, the company owning the block. He alleged further that former President Olusegun Obasanjo said the block was intended for late Sani Abacha, a former Nigerian military ruler.

According to Barnaby Pace, a campaigner at anti-corruption group Global Witness, who was at the Milan Court, the defendant explained that after Mr Abacha’s death, the company fell to Mr Etete. Details of the Italian court proceedings were provided by Mr Pace, whose Global Witness has partnered with Premium Times in the investigations.

Mr Agaev, who started his career for the Soviet Union Ministry of Foreign Affairs where he was a senior official for arms control, disclosed that his job was only to find an investor because Mr Etete was in charge of negotiating with the Nigerian government and he didn’t need any help or contacts from him.

Mr Agaev alleged that the block was given back to Mr Etete by Mr Obasanjo to shore up political support in the south of Nigeria. Mr Agaev also disclosed that he was introduced to Mr Etete by Aliyu Gusau in 2008. Mr Gusau served as National Security Advisor under Messrs Obasanjo and Jonathan. The former security chief wanted him to find a Russian oil company investor to deal with Etete and Shell, he added. He said Mr Gusau later introduced him to John Coplestone of Shell, whom he (Gusau) knew because he had been head of the MI6 station in Abuja. The defendant explained that he only ever met Mr Etete because of Malabu and Mr Etete was the only person representing the firm on OPL 245.

When asked whether Shell knew he was being paid a commission, he replied in the affirmative, adding that he had to prove he had a mandate with Malabu because Shell employees were under very strict instructions not to discuss OPL 245. Mr Agaev was asked about the dinner in February 2010 between Eni’s Claudio Descalzi, Mr Etete, himself and Emeka Obi, another middleman convicted for his role in the Malabu scandal. He explained that Messrs Obi and Descalzi had a good relationship based on the body language. He added, however, that Shell was worried about the role of the Attorney General, Mohammed Adoke. He also claimed that Mr Etete told him he and Mr Adoke were “close” and the former attorney general was in turn close to Mr Jonathan. The next hearing over the controversial case is scheduled for July 17.