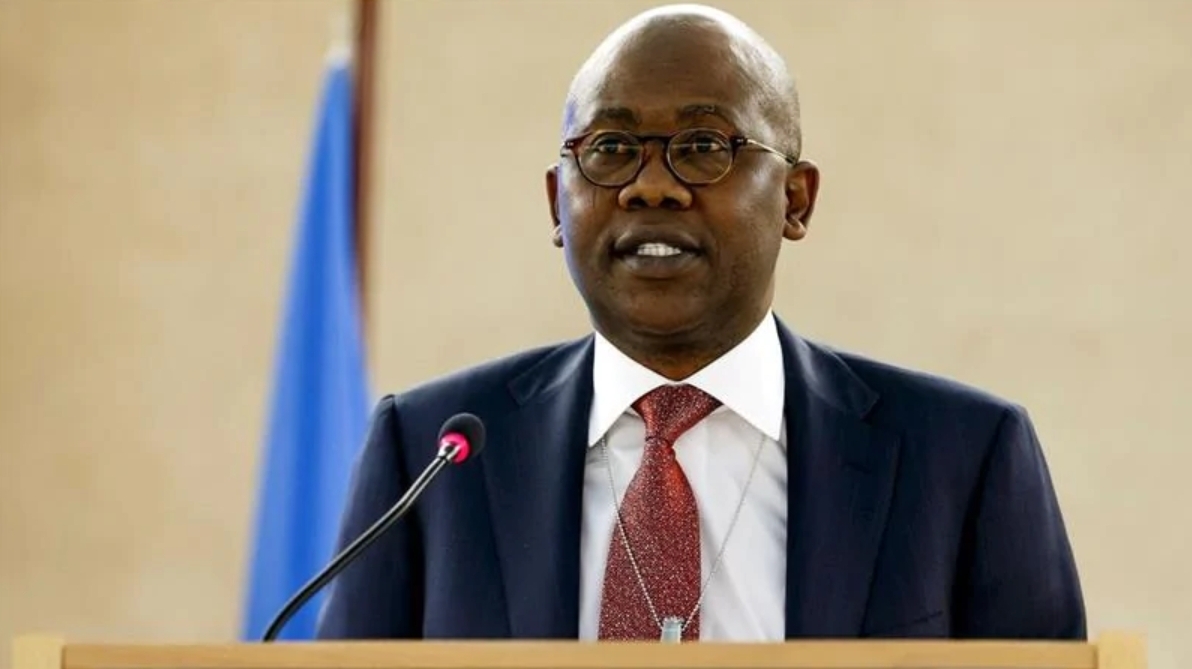 The commission also secured an order from the High Court of Federal Capital Territory to detain the former minister for 14 days.

But Adoke’s counsel, Chief Mike Ozekhome (SAN) will on Monday formally apply for bail application from Justice Danlami Senchi of the High Court of the Federal Capital Territory, who vacated warrant of arrest against Adoke on October 25, 2019.

Ozekhome also faulted the detention of the ex-AGF and warned against the persecution of the former minister.

The Nation reports that Adoke’s interrogation by a team of crack detectives began at about 12.30 pm and was still in progress at about 5.30 pm yesterday.

It was learnt that Adoke was treated with courtesy and allowed access to meals of his choice.

A top source, disclosed in confidence: “Since about 12.30 pm, we have been interrogating the ex-AGF on the Malabu Oil Block (OPL 245) deal.

“In fact, he was handled by the team that had been on the Malabu case in the last four to five years.

“So far, in the last five to six hours, Adoke has been making a statement. This is one of the longest sessions we have had with a high-profile suspect.

“His lawyers were also part of the interrogating sessions with Adoke as part of our commitment to fairness and equity.

“We decided to detain him because there are a lot of documents to sieve through and to be clarified by Adoke. There are so many dimensions to this case.”

Responding to a question, the source added: “We have given him a well-deserved treatment for his status as a former Minister of Justice.

“We have also allowed him to bring in his meals and water among others.”

A counsel in Chief Mike Ozekhome’s chambers, Oluchi Vivian Uche, said “a formal application for bail will be filed on Monday for Adoke before Justice Danlami Senchi of the High Court of the Federal Capital Territory

“He (our client) is cooling off there this weekend as there is nothing we can do because of weekends. On Monday, we will proceed to court for the enforcement of his fundamental rights and subsequently apply for his bail.

“So far, they are according him maximum respect while executing what is on their mind. We made an agreement with EFCC on Adoke’s meals and it was granted.”

Meanwhile, Adoke’s lawyer, Chief Mike Ozekhome (SAN) has faulted the detention of the ex-AGF. Ozekhome, in a statement in Abuja, said Adoke ought to be granted bail by the EFCC for him to attend to his “poor health.”

The statement said: “It is quite surprising, if not distressing, to behold EFCC obtaining a two-week detention order to keep Mohammed Bello Adoke (SAN) in its custody.

“This is a man they had already charged to Court since 2017, even in absentia, whilst he was in the Netherlands pursuing his master’s degree in International Law.

“This is a man they forwarded his charges to the UAE and Interpol authorities, with a view to preventing them from releasing him, based on the said existing charges.

“This step led to a legal stalemate, since the UAE and Interpol authorities would not, and could never have extradited Adoke based on a non- existent warrant of arrest.

“This is because the earlier warrant of arrest issued against him in April, 2019, had since been vacated by the same Justice D.Z. Senchi who earlier issued it on 25th October,2019 after heated court argument between government lawyers and my humble self.

“Adoke therefore elected to return to Nigeria voluntarily, purchasing his own ticket by himself and signing up as such accordingly.

“I had issued a statement to the effect that Adoke was on his way back to Nigeria and would report to the EFCC with lawyers from my office upon his arrival.

“It was therefore a matter of great surprise that the Interpol still arrested him upon arrival and handed him over to the EFCC.

“Rather than the EFCC immediately arraigning him before a court based on charges already preferred against him even in absentia, it has resorted to obtaining an ex parte order from the FCT High Court to detain him for two weeks.

“We don’t want to believe that Adoke will be persecuted rather than prosecuted. The last time I checked, cases are first thoroughly investigated before a suspect is charged to court as has been done in the Adoke matter.

“Of what use is his present incarceration meant to achieve? Is it meant to subdue him? Punish him? Wear him out mentally, physically, spiritually, psychologically and psychically? Deny him justice? Subject him to public ridicule, derision, odium and obloquy?

“Is it meant to negatively put him in the public domain, try him, convict him and sentence him, through media trial?

“All these will neither help the course of justice, nor promote constitutional democracy, with its corollary in-built safety valves of advancing inalienable human rights and liberties as recognised by extant national, sub-regional, and international civil rights instruments.

“We humbly appeal to the EFCC to accord Adoke administrative bail to take care of his poor health; the very reason he had gone to Dubai.

“In the event that this fails, we shall immediately take legal steps to vacate this ex parte order, with a view to protecting our client’s rights and securing his liberty.”

The EFCC yesterday accused the former Minister of Justice of being involved in the embezzlement of huge sums of money while in office.

“Preliminary investigation revealed that the said defendant and his cohorts embezzled the humongous sums of money and laundered same through complicated money laundering scheme and purchase of high net worth properties in Nigeria,” the anti-graft agency said.

The EFCC made this public in a document it filed before the High Court of the Federal Capital Territory (FCT) in support of the motion it filed for an order to remand Adoke.

After listening to EFCC’s lawyer, Fatima Mustapha, yesterday, Justice Othman Musa, who is sitting as the court’s vacation judge, granted the ex-parte motion for order of remand filed by the EFCC.

In the motion marked: FCT/HC/M/2089/2019, the EFCC prayed for an order “remanding the suspect in the custody of the EFCC for 14 days pending investigation.”

Justice Musa, in his ruling, said: “The application for the remand of the suspect for 14 days in the custody of the EFCC pending investigation is granted as prayed.”

In a supporting affidavit, the EFCC said it “is investigating a case involving Malabu Oil Nigeria Limited wherein the defendant, in his capacity as the Attorney General of the Federation and Minister of Justice between 2012 and 2015, along with his cohorts, embezzled money in excess of a billion United States dollars.

“Preliminary investigation revealed that the said defendant and his cohorts embezzled the humongous sums of money and laundered same through complicated money laundering scheme and purchase of high net worth properties in Nigeria.

“The defendant relocated and moved out of his known address and all efforts to confirm his genuine addresses proved abortive.

“The defendant fled the jurisdiction of Nigeria when he learnt that the commission was carrying out discreet investigation to unravel his criminal enterprise.

“The Interpol arrested the defendant in the United Arab Emirates and facilitated his return back to Nigeria on 19th December, 2019.

“The Defendant is now in the custody of the commission at the Abuja zonal office, Ademolo Adetokunbo Way, Wuse II, Abuja.

“The defendant is making useful statements to the commission and would be arraigned in court very soon.

“There is need to remand the defendant who is already in the custody of EFCC to forestall his jumping administrative bail pending his arraignment.”