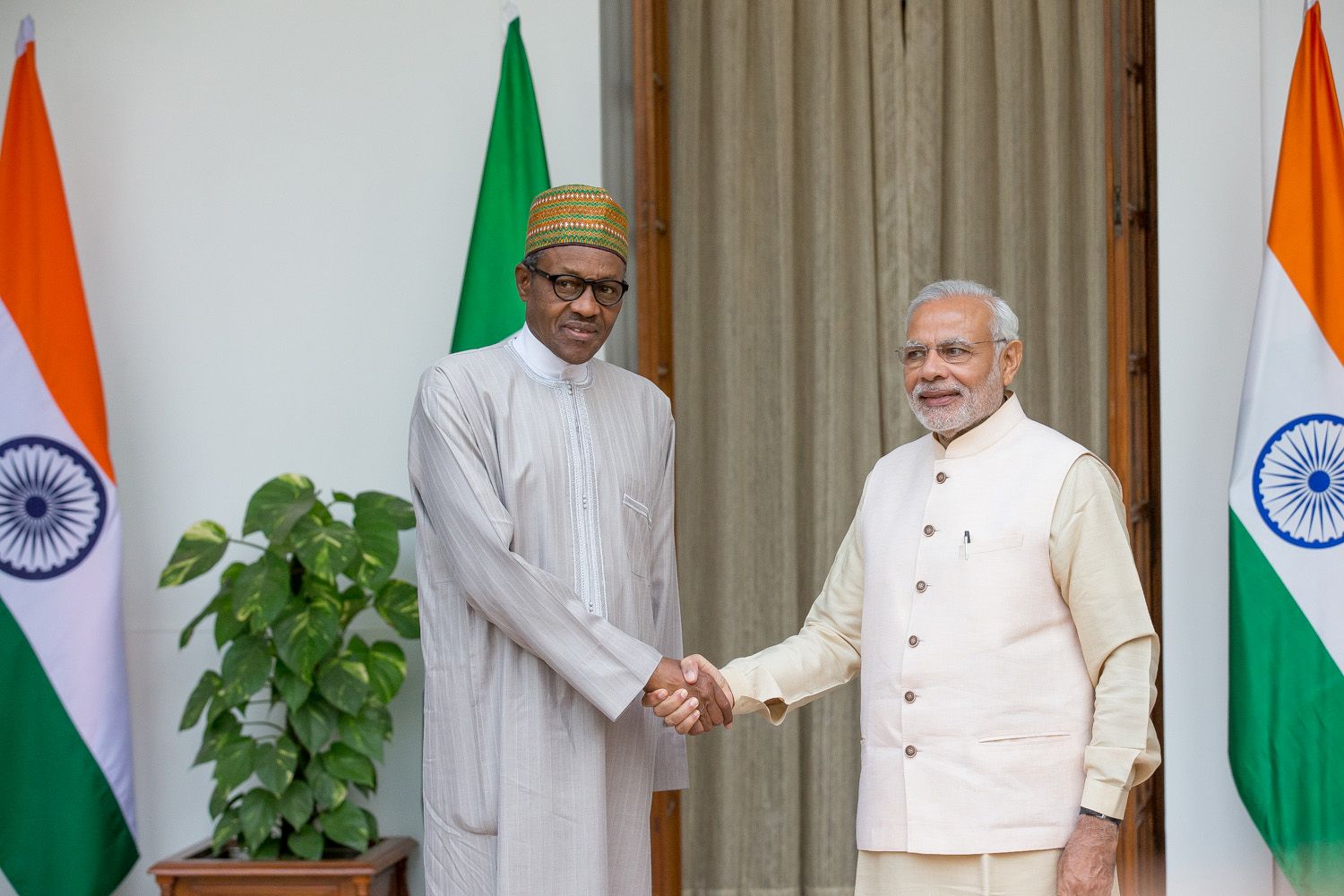 President Buhari on Thursday hinted that Nigeria will not tolerate its territory being used as dumping ground for fake and substandard foods exports and medicines from Indian producers and manufacturers.

President Buhari, who gave the warning in New Delhi while interacting with chief executives of Indian companies with interests in Nigeria, said his government would not tolerate any form of export from India found not to be in compliance with approved standard and quality.

Assuring that Nigeria’s economy was doing well despite severe negative impact on the economy as a result of declining global oil prices, the President said he was optimistic that with the country’s abundant human and material resources, the economy would not suffer unduly from it.

He said the Federal Government was fully committed to maintaining macro-economic stability and improved investor confidence in Nigeria.

“What we require is the implementation of tight expenditure controls, effective fiscal and monetary policies, including the husbandry of scarce resources. We are strongly committed to it. That is why we introduced the Single Treasury Account, TSA, to address,” he said.

Although he said his administration was aware that some of these measures adopted to check the exploitation of the loopholes in the system might hurt operations of some businesses in the short term, President Buhari said he remained confident they were right for sustainable economic growth.

Acknowledging India as a dependable ally and Nigeria’s friend over the years, the President urged the chief executives to expand their companies’ investments in the country “so that we can, together, turn our engagements into a win-win situation for our two countries”.

Urging India to increase its trade volumes with Nigeria, the President said special attention should be given in the areas of agriculture, green technologies in power generation, infrastructure, information and communications technology, ICT and education among others, to grow beyond the current $16.36 billion per annum.

“We can increase and diversify the current volume of our bilateral trade beyond $16.36 billion, and diversify to other critical sectors, such as agriculture; green technologies in power generation; infrastructure; information and communications technologies; the services sector; education; industry, especially textiles and solid minerals among others,” the President told the Indian CEOs.

He urged them to accept the changes in policy introduced by his administration and ensure that they observed all extant Nigerian laws in doing business in the country.

In this article:India, Muhammadu Buhari, Nigeria