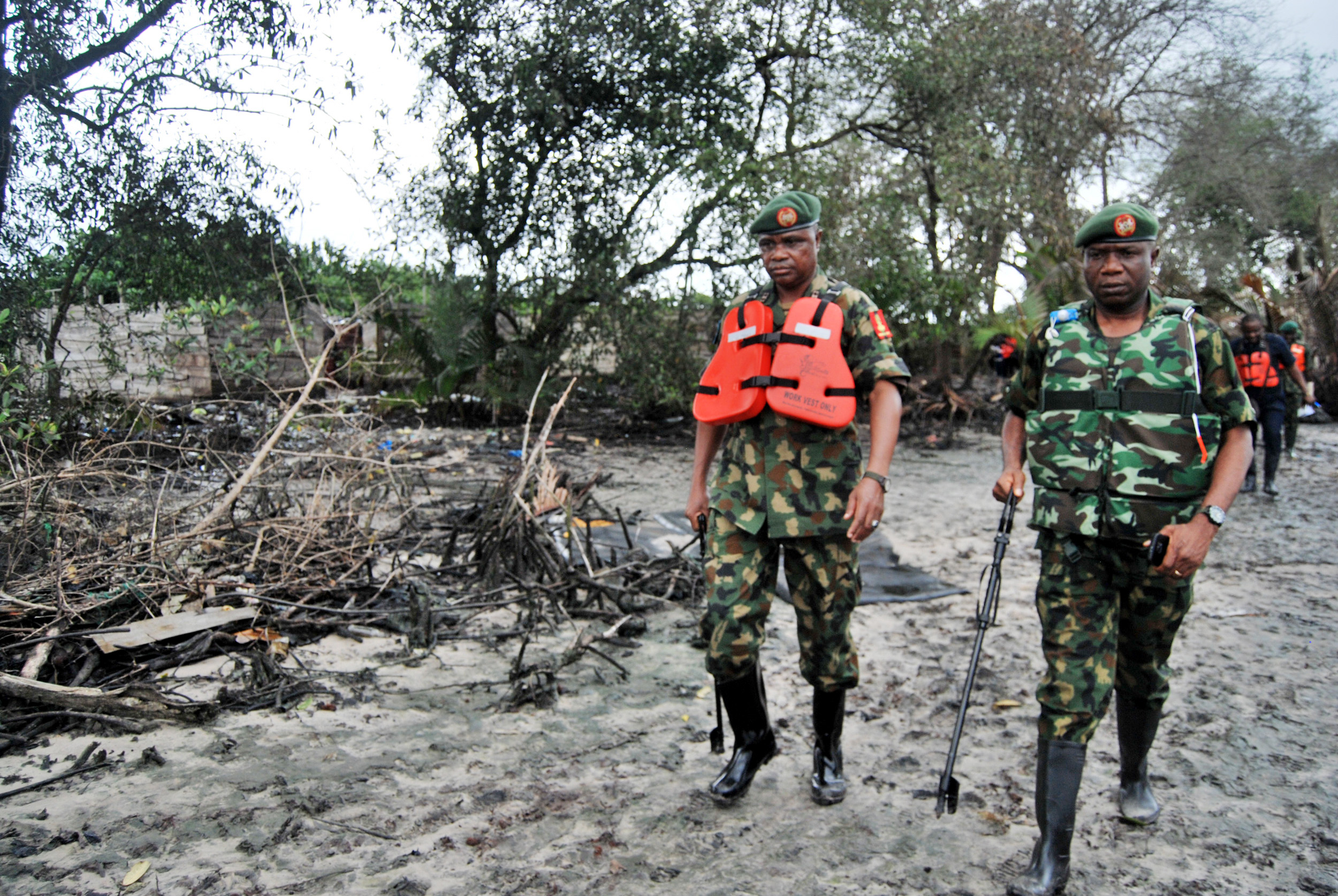 Soldiers shot and killed 10 “innocent civilians” in the past two days as troops besieged and then stormed the home of militant leader Solomon Ndigbara, according to militant Pastor Nature Dumale Kieghe. Both men are on the run, with the military wanting Ndigbara for alleged gun-running.

Brig. Gen. Stevenson Olabanji told The Associated Press that troops came under attack and returned “defensive fire.” He said no one was killed.

There was no way to verify the accounts of the shootout in Bori, 50 kilometers (30 miles) southeast of the oil capital Port Harcourt in Rivers state.

Olabanji said the two-month operation has recovered a wealth of weapons including assault rifles and more than 1,000 rounds of ammunition along with military camouflage uniforms.

Gov. Nyesom Wike meanwhile appealed for those who have fled, put at as many as 10,000, to return home.

Security forces this year began an offensive after militants renewed attacks on oil pipelines that have forced the closure of two oil refineries and a major oil export terminal. On Tuesday, a new group called The Avengers claimed responsibility for a Feb. 14 attack on a subsea oil pipeline from Shell Nigeria’s Forcados terminal that forced its closure and caused thousands of barrels of petroleum to pollute the area.

The militants want a greater share of Nigeria’s oil wealth and object to the government winding down an amnesty program that paid 30,000 former rebels to guard the installations they once attacked. The 2009 amnesty ended attacks that cut Nigerian oil production by 40 percent and killed 1,000 people a year.