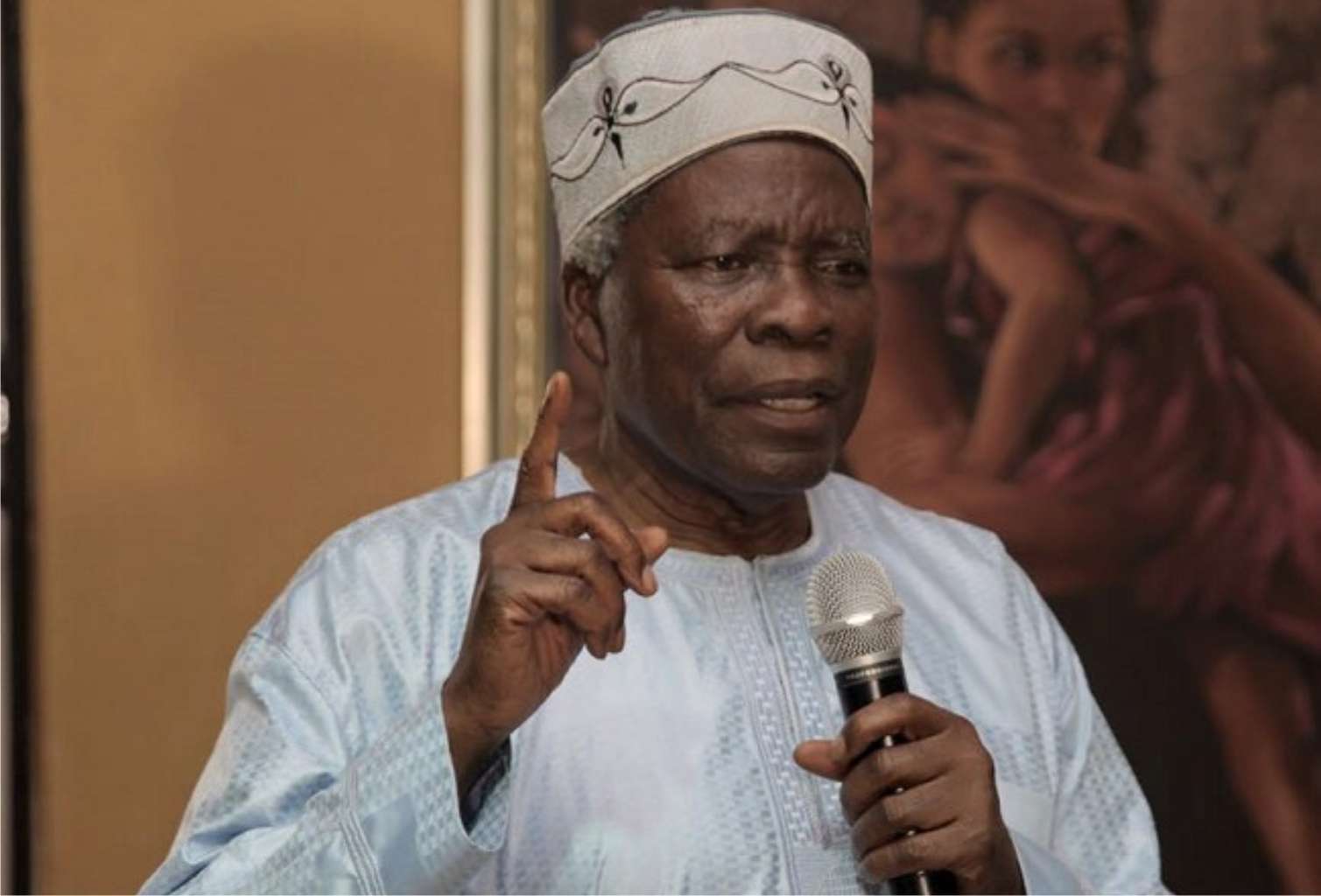 Professor Banji Akintoye, leader of the Yoruba World Congress (YWC), the umbrella body of over 300 Yoruba groups worldwide, has said the Nigerian environment has been consistently harsh to the Yoruba people who dominate the South-West part of the country.

The elder statesman lamented that though his association is committed to peaceful activities, and peaceful purposes, the regime of President Muhammadu Buhari has already begun to take action against it by removing the Yoruba World Congress from the list of state-registered organisations.

He also hinted that security forces are preparing to clamp down on members of his organisation whose aims are to promote and achieve the growth, prosperity, and sustenance of the Yoruba people and culture.

Akintoye spoke on Saturday on the occasion of this year’s General Assembly of the Unrepresented Nations and Peoples Organisation which was held virtually due to travel restrictions imposed to curtail the spread of the coronavirus pandemic.

Founded in 1991, the UNPO is an international membership-based organisation established to empower the voices of unrepresented and marginalised peoples worldwide and to protect their fundamental human rights.

At the General Assembly on Saturday, the Yoruba World Congress was inducted as a member of the UNPO alongside four others including the Movement for the Actualisation of Sovereign State of Biafra represented by Chief Ralph Uwazuruike.

“From 1962 to 1972, under a limited self-government arrangement and federal constitution which the British granted to Nigeria, the Yoruba Nation proceeded to make mostly the Western region of Nigeria, the pacesetter in Nigeria, and even in Africa, in virtually all aspects of development and modernisation.

“But the Nigerian environment has consistently been hazardous to the Yoruba Nation. From the beginning, the British colonial rulers feared the considerably educated and professionally sophisticated Yoruba and proceeded to do everything to limit their influence in Nigeria. From the British, the tradition passed on to the non-Yoruba people of Nigeria that the Yoruba Nation needed to be stopped and to stop the Yoruba Nation became the constant purpose of Nigeria,” Akintoye told the Assembly.

He narrated, “At Nigeria’s independence in 1960, the British manipulated everything to impose the Hausa people and the Northern people of Nigeria and to have dominance over other arms and to exclude the Yoruba group from governance.

“All the military coups from 1966 July to 1999 were led by military dictators from Northern Nigeria. This was so because the northern political elites whom the British had manipulated into political dominance over Nigeria at independence had used their control of federal powers to ensure the enrolment of Northern officers into military ranks.

“Inevitably, the Yoruba Nation was sucked into this deepening disaster. The military dictatorship seized important Yoruba assets that have been created in 1959. Most such assets were then poorly managed and or deliberately allowed to decline or even perished.

“Deepening poverty became the lot of the Yoruba Nation in Nigeria. Also, Yoruba leadership increasing fell for most of the mess like corruption characteristics of most public offices in Nigeria.

“In these circumstances, Yoruba people have progressively lost the enterprising spirit and the spirit of service to the society of which their nation has been known throughout history. The quality of their education has been destroyed. Yoruba language has declined and now faces the threat of extinction.

“Yoruba cocoa exports have dwindled almost to zero with the economy depressed, unemployment escalated recklessly among the Yoruba youths, forcing many to go into crimes, drug abuse, criminal cults and forcing many more to flee to other countries in the world. Yoruba youths are regularly many among western youths, who in desperation to reach Europe through the Saharan desert and the Mediterranean Sea, frequently die in the desert and drown in the sea.

“The Yoruba people are experiencing a degree of poverty, of loss of morale, of hopelessness, and of disorientation unknown in their history in spite of their much known cultural unity and in spite of their many exalted principles, the Yorubas always constantly disunited among ethnic groups in Nigeria.”

Akintoye told the Assembly of the insecurity such as kidnapping, banditry, farmer-herder clashes and many more that have pervaded the region.

He added, “Heavily armed Hausa and Fulani militiamen have been coming to Nigeria, rampaging and destroying villages and farms, killing rural dwellers and threatening to conquer the Yoruba Nation and to seize lands all over Yoruba land, even to banish the Yoruba Nation from their hometown and to bring Fulani folks from other countries of West Africa to seize and possess lands in Yorubaland.

“Most of Yoruba people have now given up on the agitation for restructuring and have moved to the position that the Nigerian situation be sorted out through peaceful and friendly negotiations which will enable the Yoruba Nation and other nations that so choose to retrieve their self-determination and to pursue their own economic, political and cultural stabilisation, progress and prosperity

“The Yoruba World Congress which I have the honour to lead and which consists of thousands of Yorubas at home and in the Yoruba diasporan communities of the world has stepped forward to motivate the Yoruba people to defend their homeland and to prepare themselves for the accomplishment of their nation’s ultimate goal of self-determination and prosperity.

“Though our Yoruba Congress is less than one year old and even though we are known to be faithful and committed to peaceful activities, and peaceful purposes, the Nigerian government has already begun to take action against us. This past week, the Nigerian director of state security announced that all organisations like ours have been removed from the list of state-registered organisations and that the security forces are preparing to clamp down on members of such organisation.

“At this point when the Yoruba’s struggle for liberation and self-determination is reaching this height, it is a great thing that we have the opportunity to be working with the UNPO. We are committed to peaceful means only and we will not, it is part of our constitution that we will not let any situation push us into violence and we believe that peaceful means can achieve the purpose of which we stand.”