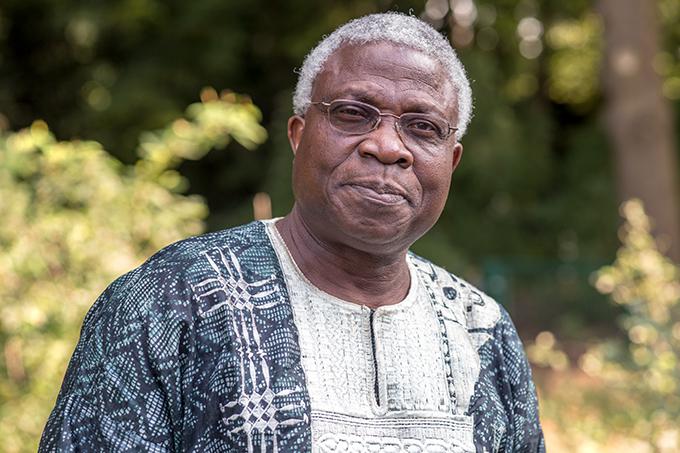 Poet laureate, Professor Niyi Osundare, has said Nigeria’s underdevelopment is no surprise because the citizens sheepishly follow and support leaders who pray while looting the treasury.

Nigerians, he said, don’t seem to possess the mindset, vision, values, behaviour, actions, and practices of a people who understand what development is.

Osundare said it should be clear to Nigerians by now that miracles never build a nation nor are citizens ever elevated above their dehumanising poverty through “a mindless reliance on magic and accidental fiat.”

Punch reports that the don spoke in a statement on Friday titled, “Nigeria’s holy romance with ignorance.”

Osundare stated, “Nigeria’s underdevelopment is no surprise, for we do not seem to possess the mindset, vision, values, behaviour, actions, and practices of a people who understand what development really is, the way it is achieved, and how it is sustained. It should have been clear to us by now that miracles never build a nation nor are citizens ever elevated above their dehumanising poverty through a mindless reliance on magic and accidental fiat.’’

The literary critic added that the more college degrees Nigerians acquire; the farther they tend to be from rational, independent thinking, critical cogitation, clarity of thought, and creative skepticism.

He noted that it was the reason Nigerians were ruled by “leaders’ who are busy looking for 19th century cattle grazing routes at a time their counterparts in saner climes are set on the routes to Mars and Saturn.’’

The linguist stated, “I have been both saddened and bewildered by the way our people so characteristically throw science and rationality out of the window in their daily lives as well as their deliberations on matters of grave national importance. In all things domestic and public, personal and political, our dealings are dominated by a disregard for scientific reasoning, and a preference for ostentatious, and often venal religiosity. And how truly ubiquitous our piety has been!

“Our rulers pray before they pillage the nation’s treasury; they pray before rigging the electoral polls; they pray while perpetrating these acts; they pray when the deeds are done. Then they “give thanks to the Lord” for aiding their exploits and prospering their schemes. And we, the people, chorus a sheepish “Amen” while praying to the Good Lord to keep blessing them with renewed strength. Do you still wonder why the vehicle of Nigeria’s progress is in reverse gear, throttled, top-speed, towards the Middle Ages by “leaders” who prey while the people pray; leaders whose grand superstition has become the alternative science of a country famous for its aversion to logic?”

He lamented that Nigeria, like its African counterparts, was still in a prescientific age, blissfully mis/uninformed, untouched by, even hostile to, the edifying powers of science.

According to the acclaimed poet, Nigerians are a people who “believe” too lazily, too unquestioningly, and, therefore, too dangerously.

Osundare noted, “The so-called school education has not been able to save us from this calamitous malaise. In fact, the more college degrees we acquire, the farther we tend to be from rational, independent thinking, critical cogitation, clarity of thought, and creative skepticism.’’