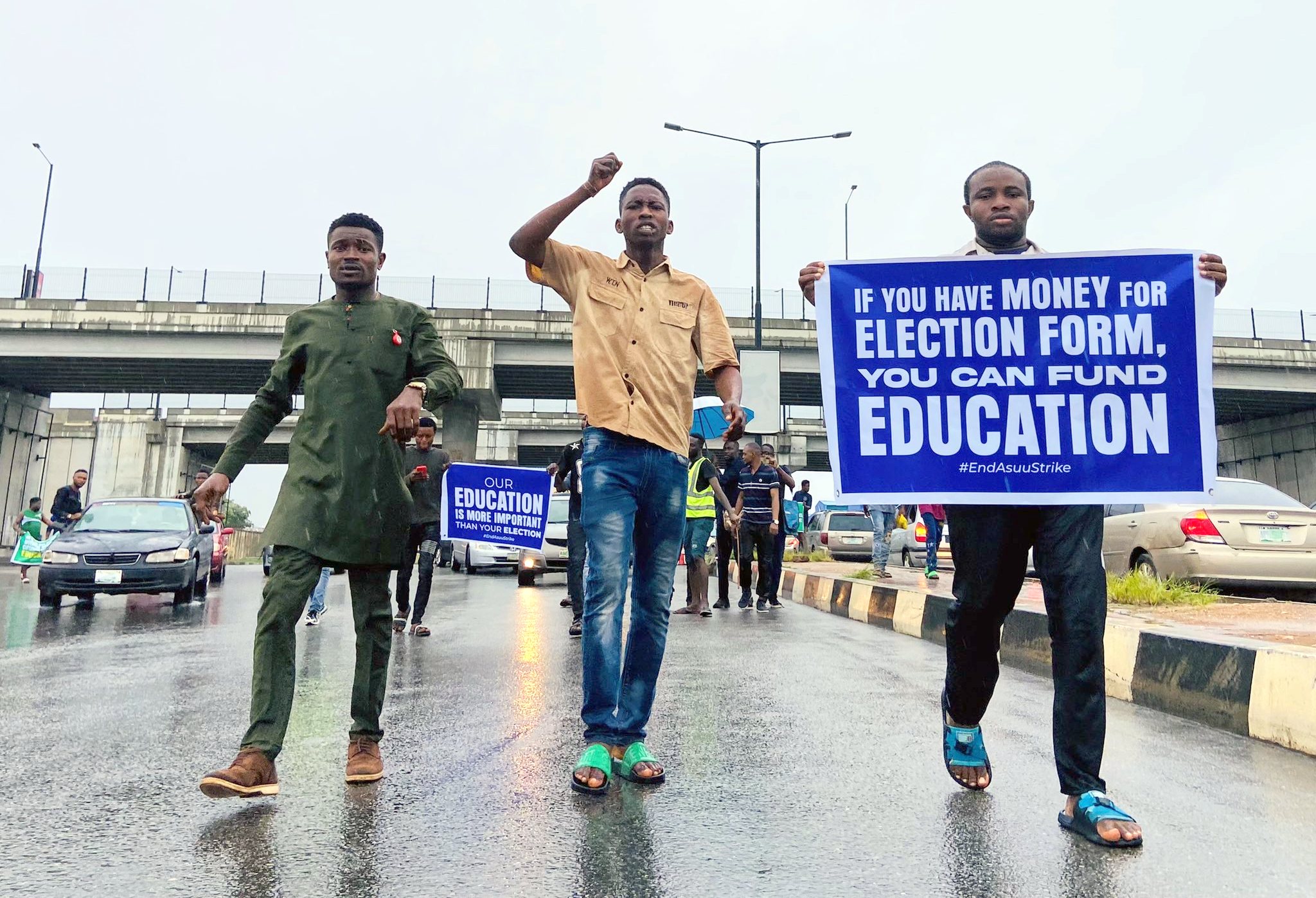 Nigerian university students under the aegis of National Association of Nigerian Students (NANS) on Monday lived up to their threat by carrying their protest against the lingering strike of the Academic Staff Union of Universities (ASUU) to the Murtala Muhammed International Airport (MMIA), Lagos, Thisday reports.

The students blocked vehicular movement from the tollgate, which is the road that links international and cargo terminals to the domestic terminal, thus paralyzing the flow of traffic.

The students’ mass action is in continuation of their protest against the ongoing industrial action.

Already travellers, airport users and motorists using the Ajao Estate link road to the international airport were stranded as the students blocked all roads leading to the airport.

The international airport is currently blocked to traffic, including air travellers who wish to catch their flights.

The students blocked the way to the terminal with their vehicles, singing solidarity songs.

They took siege at the area as early as 7:00 am on Monday.

Security personnel, including the Nigerian police officers were stationed strategically around the area the students were protesting but without any effort to stop them.

The protest as at the time of filing this report was peaceful and the security operatives were not interrupting the students’ activities.

Hopefully, the protest will end by evening time when many international flights arrive at the airport and when hundreds of passengers would be coming to the airport to board their flights to overseas destinations.