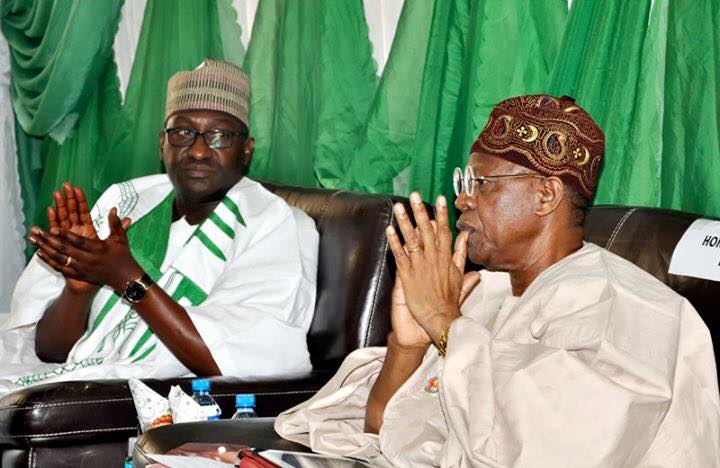 The THIRD Force, a coalition of young Nigerian politicians and professionals committed to the birth of a new Nigeria, has called on Nigerians across political, ethnic and religious divides to hold Lai Mohammed responsible for any further attacks carried out by the Boko Haram terrorist group on the citizens of Nigeria.

The group was reacting to a statement by Lai Mohammed, Nigeria’s Minister of Information on Wednesday declaring that the war against Boko Haram has been won and the Nigerian Army has met the December 2015 deadline given to them by President Buhari to defeat Boko Haram.

In a statement issued on Thursday in Zaria by Ishaq Abubakar, the spokesperson of The THIRD Force, the group described Lai Mohammed’s comments as reckless and irresponsible.

“While the defeat and end of Boko Haram in Nigeria is a dream all well-meaning citizens of Nigeria desire and have supported the government and the Nigerian Army to accomplish, The THIRD Force however believes that there should be limits to reckless and irresponsible propaganda especially when it is coming from the office of a public officer paid with taxpayers’ money.

“Lai Mohammed’s hasty declaration on Wednesday that Boko Haram has been defeated was not only misguided but an idiotic attempt to end the war against Boko Haram on the pages of newspapers.

“We understand that the Nigerian government has been under pressure to show the world that the December deadline to end Boko Haram given by President Buhari to the Nigerian Army is feasible. But the reality on ground suggests otherwise. No fewer than 1,500 Nigerians were killed by Boko Haram in the past six months according to Associated Press reports. Only last week, Boko Haram attacks in the northeast of Nigeria left over 30 dead and 20 others wounded. News of the attacks was slow to emerge because telecom masts in the area have been destroyed in previous Boko Haram raids, hindering communication. Many more attacks are happening on a daily basis that do not make the news headlines. Is this normal? Are these not Nigerian citizens or are they mere statistics in Lai Mohammed’s school of governance by propaganda?

“Just last Thursday, Boko Haram insurgents killed 14 people, decapitating some of them, when they raided Kamuya village, the hometown of Lt. General Tukur Buratai, the Nigerian Army Chief’s mother, and burnt it down. Are these mere statistics or is Lai Mohammed telling the world that this is normal in a country where terrorism has been defeated?

“Even if the war against Boko Haram has been won and Lai Mohammed can now relocate from the comfort of Abuja to Maiduguri, what is the strategic sense in this needless public bravado? Would it not have been wiser to wait a few weeks to assess the extent of this “victory” before rushing to town to celebrate?

“Let it be on record that by declaring this phantom victory against Boko Haram, Lai Mohammed is helping the government of Nigeria endanger more Nigerian lives. Such a thoughtlessly provocative statement from a senior Nigerian government official is capable of eliciting a response from Boko Haram and their allies through bomb blasts and brutal attacks against defenseless Nigerian citizens.

“Lai Mohammed must now begin to pray. He must pray hard that the Boko Haram he defeated on the pages of newspapers are actually defeated and remain defeated. The blood of any Nigerian citizens lost to fresh Boko Haram attacks after this careless statement will be upon his head.”

In this article:Boko Haram, Lai Mohammed, Nigeria, The THIRD Force