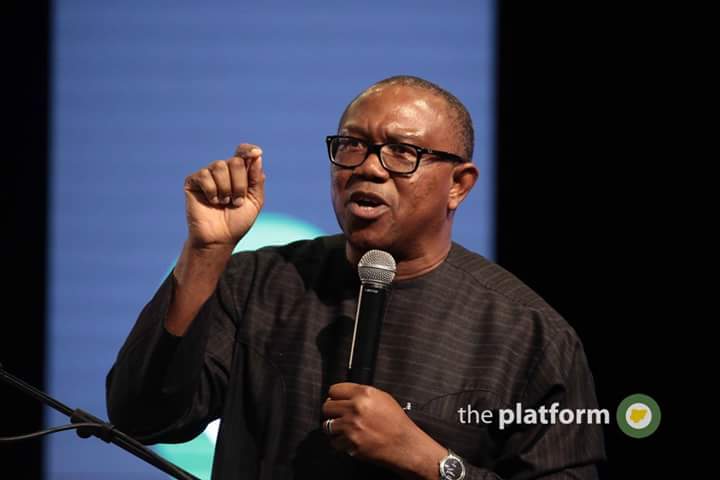 The vice presidential candidate of the Peoples Democratic Party (PDP) in the February 23 presidential election, Mr. Peter Obi has said that no nation can grow with election rigging.

In a statement yesterday by his Media Office, Obi described  rigging as the worst form of vices, as he decried the “rigging” recorded in this year’s general elections.

The former Anambra State Governor said the process through which people come into office is far more important than what they do thereafter, adding that the process forms the basis of their integrity.

According to him, election rigging is the root of corruption, as it goes to impact negatively on the political and economic growth of the country.

The PDP vice presidential candidate noted that the “fraud” that characterised the 2019 elections has greatly undermined the country’s democracy.

He added that it has significantly damaged the future of the country, ridiculed the fight against vices and tainted the integrity of those responsible.

Obi  observed that the enormity of damage done to the collective psyche of the nation by electoral fraud cannot be quantified.

The opposition chief said negative acts like election manipulation were part of the reasons the country is not growing and or tackle the existing myriads of problems like unemployment and its attendant vices.

“The only thing rigging does to a country is that it continues to keep incompetent people in office, and as a result, rather than put energy in creating jobs to engage its teeming youths, it instead channels its trying to contain all sorts of vices and brigandage”, Obi said.

He blamed the sustenance of incompetent persons in political offices on election rigging, saying that the trend has continued to cause harm to the society.

Obi urged leaders at all levels to be more concerned and strive to create jobs and engage millions of youths roaming the streets doing nothing at their prime productive ages.

In this article:PDP, Peter Obi