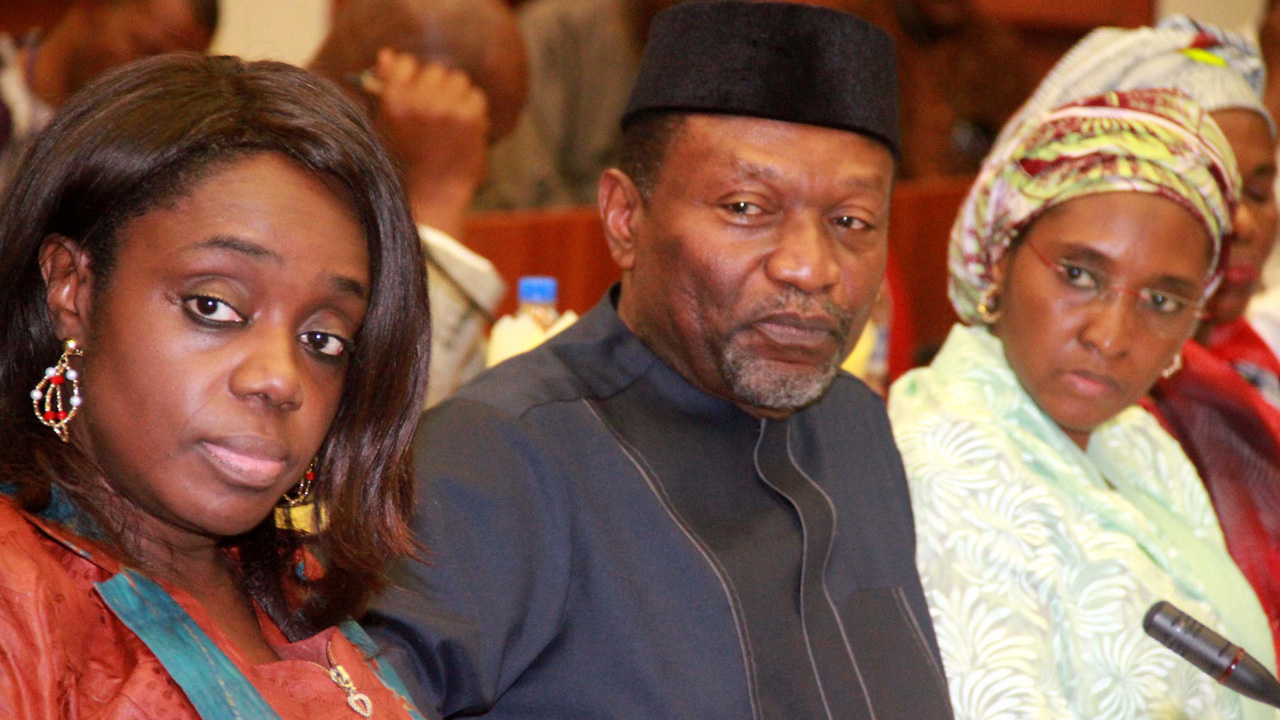 The federal government has told Nigerians to stop blaming it for the economic recession and the attendant sufferings they are going through, Thisday reports.

Briefing State House Correspondents after the monthly National Economic Council (NEC) meeting chaired by the Vice President, Yemi Osinbajo, yesterday, the Minister of Budget and National Planning, Senator Udoma Udo Udoma, who was responding to a question on widespread sufferings in the land, said the President Muhammadu Buhari’s administration was actually on a rescue mission.

According to him, the government has resolved to develop an economic recovery and growth plan aimed at revamping the battered economic situation.

“Under President Muhammadu Buhari, we are determined to take Nigeria out of the situation. The situation started long before we came.

“As you know, oil price started falling from 2014 when it was about $110 and by January this year, it was below $30. Unfortunately, they did not save.

“None of us here now was there but we are not going to spend our time looking backwards. We are determined to change things in this country; we are determined to take Nigeria from a consuming nation to a producing nation. That is why we are developing the economic recovery and growth plan and that is our focus. We are committed to success.”

Corroborating the minister, Kaduna State Governor, Mallam Nasir El-Rufai, who was also part of the team mandated to brief the press after the NEC meeting, said: “When people say that this administration has impoverished them, they are not being charitable because I have said we inherited a governmental structure that was based on the assumption that price of oil will remain $100 per barrel.

“By the time we took over, prices reduced to as low as $26 per barrel. 80 per cent of government revenue depends on the price of oil and the quantity of oil sold.

“You must expect a cut in your consumption if the price collapses. If in your own household, your salary is slashed by 80 per cent, what will you do?

“This is what Nigeria is going through. Our revenues have collapsed by about 40 per cent to 60 per cent if you compare it to say 2014.

“This collapse happened because there is a reduction in price of oil. Secondly, we were producing over two million barrels of oil per day but because of the situation in the Niger Delta, we are now producing about 1.1 million barrels per day.

“It is therefore inevitable that there will be cut and pain. But to say that it is government that is doing it without referring to the cause is not fair.

“When I left government as minister in 2007, we left $40billion in reserves and $27billion in the Excess Crude Account, that was what we handed over to Yar’Adua.

“Coming back as the governor of Kaduna State, the people that came after us have blown the money. They blew all we left behind, blew what they earned and borrowed, leaving President Buhari and his team to clear the mess. Nobody is even talking about that.”

The Kaduna State governor also hinted that the Nigeria Governors’ Forum (NGF) has resolved to wade into the Niger Delta crisis in order to stabilise the volume of crude production in the country.

He said: “Governors also raised concerns over the Niger Delta situation. You know we budgeted that we will be producing 2.2million barrels of oil per day. At a point, oil production collapsed to one million barrels per day.

“This has significantly affected the nation’s revenue and the largest hit were the Niger Delta states that get the bulk of their revenue from the nation because the less they produced, the less they have.

“The vice-president told us that the federal government is willing and will work with the NGF to ensure that the problem is solved. The governors have essentially opened another platform of committee of governors to wade into this matter and use the knowledge of local intelligence to help.”

El-Rufai also said that he presented a memo to NEC recommending a slash on government expenses especially cost of governance.

He said the NEC recommended the establishment of an Efficiency Unit in the Federal Ministry of Finance aimed at controlling recurrent expenditure by streamlining costs and improving efficiency of public service delivery.

The council also recommended enhanced accountability and transparency by plugging leakages and dealing with corruption.

He explained that NEC recommended implementation of measures to manage payroll and weed out ghost workers both at the states and federal levels.

He said the council also recommended reduction of overheads and recurrent expenditure by merging some government agencies to reduce the cost of governance.

El-Rufai, who addressed State House Correspondents after the meeting, said the governors agreed to reduce their convoys and excessive travels.

According to him, “One of the key issues we raised is leadership. When leaders are seen to sacrifice, it becomes easier to convince the followers to accept pains. If, as leaders, we show that we also go through pains, it is easier to pass it down.

“We’ve agreed that we should lower our external outlook in terms of dressing; excessive travels and convoys. If you observe, private jet business is not thriving. It is part of deliberate decisions we took.”

El-Rufai said NEC called for the adoption of the 2012 Orosanye Report that recommended the merger of federal agencies and parastatals.

“At the federal level, we’ve suggested looking at the Orosanye Report that suggested merger to reduce agencies. FG has 580 agencies. They are too many and they cost too much.

“There is a need to look at those that are duplicating and merge them. That is a report published since 2012. Even within MDAs, we need to consider merging departments. We may not need as many departments as we have,” he said.

He said the council also deliberated on the implementation of a public service renewal programme “to get younger people, more IT-savvy people into the public service.

“For instance, my state has placed an embargo on employment since 2008. For eight years, young people were not employed. So, the average age in the service is very high, it is 47. People that are old are afraid of gadgets. The world has become a world of technology, and it is these young people that are comfortable with technology.”