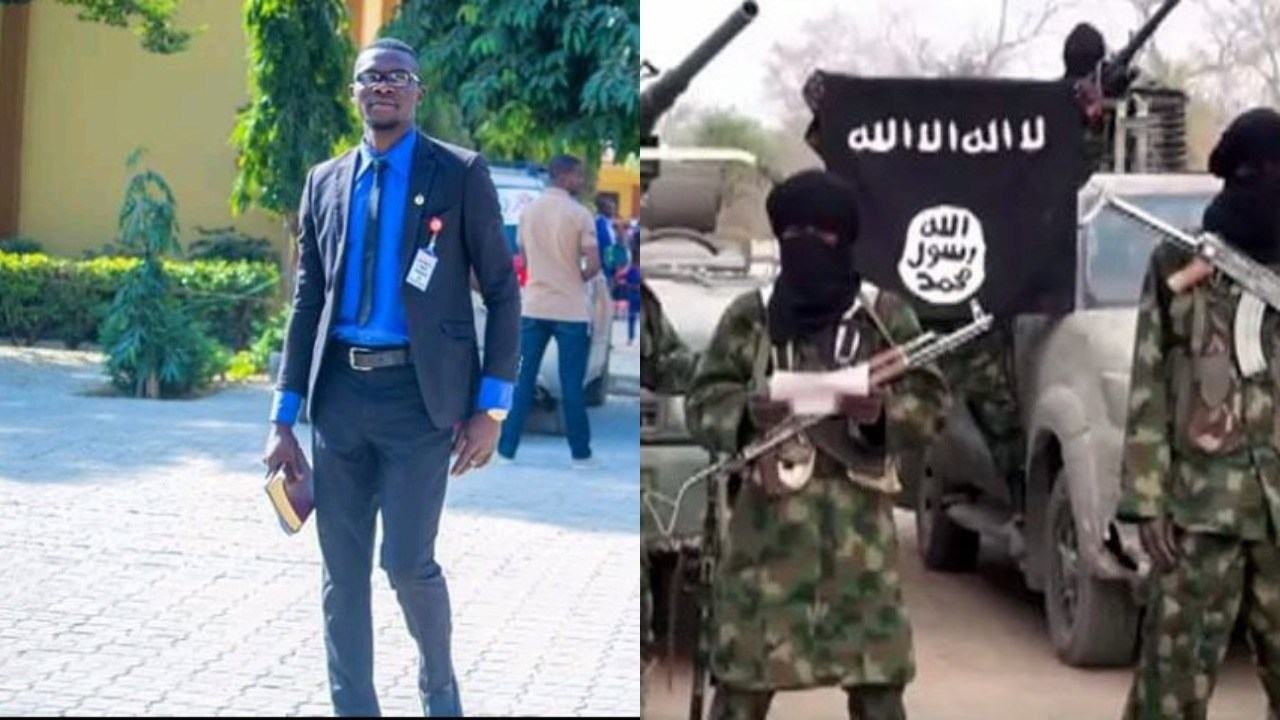 Amuta was abducted alongside a pastor of the Living Faith Church Worldwide better known as Winners Chapel simply identified as Oyeleke.

He said it was through the church that NYSC learnt of Amuta’s abduction.

“Living faith Church wrote to us one week ago informing us about how one of our corps members named Abraham Amuta, Batch B, Stream 1, was abducted by members of Boko Haram,” he said.

“In the letter addressed to our state coordinator, they said a committee, led by Pastor Oyekele, was set up by the church to distribute relief items to internally displaced persons in Chibok.

“According to them, the abducted corps member was not part of the of the committee set up by the church for the programme, but he insisted to go with them.

“The corper went on his own under his church without the consent of the NYSC Borno secretariat. As you are aware, due to the volatile nature of Borno state, corps members are usually given the option to ask for redeployment.

“Also, no corp member is posted or sent on any assignment that can expose him to danger. NYSC will never deploy any corp member to a place where his life is exposed to danger.”

He added that security agencies had been informed of Amuta’s plight “for necessary action”.