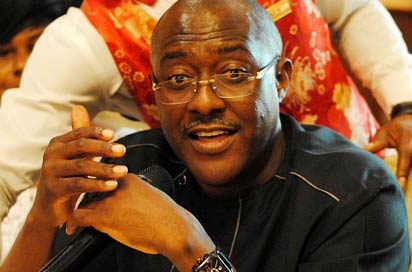 The hearing of an appeal filed by the National Publicity Secretary of the Peoples Democratic Party, Mr Olisa Metuh, has been adjourned to May 5.

The adjournment was to enable the counsel to the Economic and Financial Crimes Commission (EFCC), Mr Sylvanus Tahir, to file his brief of argument to the issues raised by Mr Metuh in his appeal.

Mr Metuh is asking the Court of Appeal to set aside the ruling of Justice Okon Abang of the Federal High Court, who held that he had a case to answer in the criminal charge brought against him by the EFCC.

On April 8, a Federal High Court sitting in Abuja dismissed an application filed by Mr Metuh, seeking an end to the hearing of a suit against him in the court.

Mr Metuh had asked the court to disqualify itself from hearing a matter against him on grounds of bias by the presiding judge.

He had alleged in his application that the presiding judge was a classmate of his, stressing that he knew him well and was therefore, ill-disposed to deliver justice on the matter.

In an earlier response to the allegation, Justice Abang said that he did not know Mr Metuh and had not met him before now, a position that prompted the court to dismiss his application as an abuse of court process.