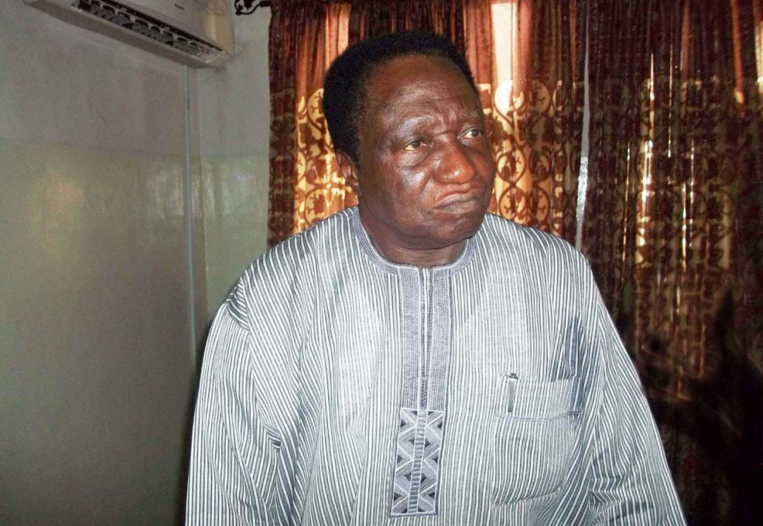 The craze for higher education in Nigeria is almost assuming the character and temperament of the accustomed weird politicking in the country. Yearly, eligible Nigerians in millions across the country desperately enroll for the Unified Tertiary Matriculation Examination (UTME) conducted by the Joint Admissions Matriculation Board (JAMB) to seek for placements in Universities, Polytechnics and Colleges of Education.

Even though with Nigeria’s more than 100 universities, a dozen polytechnics, with numerous colleges of education, accommodating the millions of candidates, qualified for admission in the few available spaces has been an uphill task. Therefore desperate candidates over the years have deployed all manner of tricks to come out tops in the exams or at least, cross the minimum benchmark of scores pegged for admission.

This mentality has amplified and reinvented that art of cheating during UTME, as all forms of exam fraud are arrayed by candidates to be in reckoning for JAMB’s admission placements. From last -minute leakage of exam questions, hiring of exam mercenaries (expert writers) to concealment of unauthorized materials into exam halls, the monster of exam fraud has festered in the country for years. The complexity of the problem is further aggravated by the perceived active support some parents with the connivance of dubious JAMB staff avail candidates to cheat over their future.

It eroded the credibility of JAMB organized exams considerably, to the extent lamentations across the country became too trenchant to be ignored. Manifestly, Nigerians who openly complained about fallen standards in education often cited instances of some students, who could hardly defend the distinctive marks secured in UTME when they eventually secure admission into higher institutions of learning.

The credibility crisis it spurred compelled universities to adopt another initiative-the post-UTME aptitude test. It is contrived to verify UTME scores and academic competencies of prospective undergraduates based on results from JAMB. But it came with its own burden of additional costs to parents and sponsors of candidates. The exercise has been sustained for nearly 10 years now, regardless of its tacit indictment of JAMB exams.

No gainsaying, the plaque of exam fraud, especially in UTME reached epidemic dimensions and haunted the country’s educational system for years. It was street gists, education administrators marveled at its magnitude, much as newspaper headlines screamed about the ingenuity of some exam cheats, after every session of UTME.

This was the burden, Dibu  Ojerinde, Nigeria’s first professor of  Tests and Measurement and cerebral educational administrator inherited when appointed  the  Registrar of JAMB in 2007 , a position he held till date, having being accorded the rare opportunity of a  reappointment  in 2012.

As a seasoned educationist, who begun his teaching career as a secondary school teacher in 1965 and now, a university don, who  has bestrode virtually all strata of educational administration in Nigeria, Ojerinde was no stranger to the nuances of exam malpractices in all segments of the educational system in Nigeria. Having recognized it not only as a major challenge, but a hydro-headed monster, peculiar to all segments of exams in Nigeria, the Registrar vowed to confront the problem in JAMB so as to restore dignity to the board and credibility in its exams.

After thorough brainstorming with members of his management team, Ojerinde concluded that adopting the e-testing mode of UTME would substantially reduce the incidents of exam fraud organized by the body, “kill” the anxiety of students waiting for months to obtain JAMB results for admission. He was further convinced hence e-testing was the best practice, around the globe as other countries had adopted the same approach.

In tinkering with the idea, Registrar, years back, approached the headship of the Economic and Financial Crimes Commission, EFCC to solicit assistance of the agency in curbing the malaise of exam frauds as it affects JAMB and to explore the possibility of a synergy in tackling the monster.

Ojerinde was apparently worried that despite JAMB’s lawful mandate to conduct credible and valid examinations devoid of any impropriety of sharp practices by candidates has overwhelmed and stained the sanctity of the outcomes. The response was positive and he set out to work.

He loudly proclaimed that “We realized that we in JAMB don’t have this special Eagle Eye to detect some of these things. We have come to solicit for your assistance on how we can work together to exterminate this problem.”

The Registrar extracted EFCC’s promise to offer the necessary assistance to sanitize the conduct of the board’s exams, handle cases referred to it as well as  intervene during exam sessions as well as intensify spying on JAMB staff to detect sources of exam leakages to students.

By 2013, when Ojerinde decided to take the first step in experimenting with the idea of e-testing for UTME, a resounding success was recorded. It was optional for candidates and those who preferred the method had a smooth exam and quick release of results.

Basically, the e-testing or CBT initiative is focused on affording candidates facilities to write their exams electronically on computer and await  automatic  marking of the scripts by the computer, with results instantly  delivered to the candidates within hours,  a marked improvement  as obtained under the subsisting Paper and Pencil Test (PPT) or other manual methods.

Ojerinde kick-started the e-testing experiment by launching at least one e-testing centre in each state of  the federation for the 2013 UTME. By 2014, JAMB expanded the scope, by building 10 Computer-based Testing (CBT) centres, each with a minimum capacity of 250 candidates, with back-up computers in the event of the failure or malfunctioning of a system. He sustained the tempo in 2015, with more expansions and acceptability of the method by candidates.

And for the four years, the CBT has been tested, incidents of exam frauds have been suppressed remarkably. And Ojerinde’s JAMB is presently fine-tuning modalities to fully adopt the CBT approach for all candidates for the board’s exams to effectively eradicate issues of result black-outs and other forms of malpractices in  any exam organized by the for students both in Nigeria and about seven foreign countries including London.

The widespread acceptance of the  CBT is evident in the March  2016 UTME, as with  just about 153 centers across Nigeria,  over 616,000 (Six hundred and sixteen thousand) candidates willingly subscribed to it, from a total of slightly above 1.5 million candidates that registered for the exam.

With minimized or zero level of exam fraud recorded during conduct of the previous CBT,  it behooves on Nigerians to encourage a system and an administrator  that would perfect the university pre-entry exams. As peculiar to every method on trial,  the CBT has its  expected hiccups, leading to protests from a small fraction of candidates who sat for the last exams in Lagos. But Ojerinde has risen to the occasion, by explaining reasons for the mix-ups and also offered candidates who genuinely missed out another chance to write the exams.  It is a prompt response, worthy of appreciation.

But the protest from the candidates has brought to the front burner the need for the Federal Government to fully support JAMB to conduct credible exams using the CBT approach. These protests were instigated mainly by failure of some computer operators contracted for the over 500 designated CBT centers to deliver on the task at the most crucial time, because of system failures.

It means JAMB needs more funding to establish its own independent computer centers for the CBT exams, as against the current practice of engaging private operators, prone to disappointments as witnessed in the March 2016 UTME. It is in this this light that the calls by the House of Reps for the suspension of the CBT exams,  in favour of the PPT is misplaced.

This would imply relapsing to the analogue style and riding against the tide, when the entire globe is going digital. Candidates have embraced it, the board is perfecting it and what remains is adequate funding to overcome the obstacles. And like Professor Ojerinde himself asserted, such a move would amount to taking a step forward and two steps backwards. It would certainly be against the spirit of sanity in Nigeria, which President Muhammadu Buhari’s transformative government is sermonizing.

I Will Leave Legacy of Free-And-Fair Elections, Buhari Tells UNGA

Nigerian President Muhammadu Buhari on Wednesday promised to leave a legacy of free-and-fair elections as his eight-year tenure comes to an end in May...