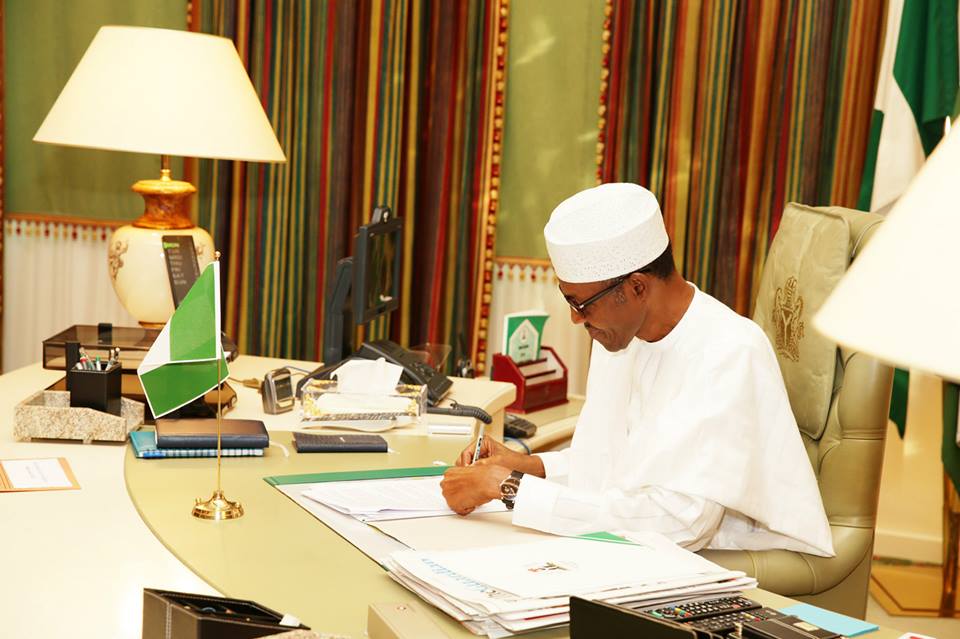 As General Buhari  celebrates  his one year in Office as president of Nigeria, I have been searching frantically like many of his supporters including the conscienceless social media Influencers for achievements of the APC led federal government.

Here is what the scorecard looks like after 365 days.

This perhaps is one of Buhari’s greatest “achievements” . How can a government which is constitutionally and morally bound to protect the lives of its citizens  on its own decide to sniff out life from thousands of its  citizens  in a genocidal manner?

The fact that a lot of these victims were women and children further complicates this particular “achievement”of the  President. Whether or not he joins Umar Al Bishir on the lCC list is a matter that must be decided.

During the military regimes sleeping at fuel stations was common in virtually all States in Nigeria. Many have forgotten what it was  to spend the night on a queue,  but under Buhari the exception became the rule.

Before and during the 2015 general elections, APC campaign managers and  Buhari loyalists like Prof  Tam David West, a former Minister of Petroleum insisted that with Buhari Nigerians will buy premium motor spirit (petrol) at =N= 40 with crude oil price at about 65 US Dollars. Then unfortunately many Nigerians believed the scam  and today we are all paying the price.

Mr. Integrity came into office on a promise that he will not remove subsidy ,but connived with the frog eyed one to play a fast one on the nations citizens ,the rest they say is history.

Buhari has continued to break every known record and our GDP has not been spared .

For the first time in more than 25 years Nigerias GDP  slumped into negative territory.

At -2.75 percent our economy is heading into  recession thanks to a mixture of clueless policies and medieval ideas.

The magnitude of loss suffered by the naira under President Buhari is mind boggling. The naira is virtually competing with the Zimbabwean dollar for relevance. In just 11 moths the naira lost 111% of its value.

What will happen in 4 years of his presidency is better imagined than experienced.

When a man brings fossilised ideas into a 21st century economy, a catastrophe becomes inevitable. The impact of Buhari’s forex management skills has clearly shown that it is a recipe for disaster.
a. Nigeria lost 2.5 Billion Dollars from JP Morgan’s delisting alone

c. Forex restrictions have ensured
the collapse of the private sector as lack of raw materials and spare parts have combined to ruin thriving businesses.

Under the Buhari administration Fulani herdsmen have been empowered to invade your farm with their cows, eat up your crops and harvest at will and if you complain they are licensed to machete life out of you or even kidnap you for ransom. Never in the history of the Nigerian state has fulani men operated with such brazen impunity.

To complicate  matters, our Fulani government decided to ban rice imports for humans and waste scarce forex in importing foreign  grass delicacies for cows, with over 100 billion naira set aside in this years budget to reward herdsmen with grazing reserves, these are the best times to be a herdsman.

No one will believe that two years later under the same Fashola as minister of Power our great nation Nigeria will  produce Zero Megawatts of electricity.

Suddenly electricity became rocket science, Prof Yemi Osibajo who wants to power our gas turbines with cooking gas suddenly went into hibernation leaving the nation in utter darkness, no wonder the RCCG faithfuls booed him at their Abuja event.

Using Fashola’s benchmark, it is therefore safe to say that Buharis government is not a serious one.

Families all over Nigeria have continued to bear the brunt of Buharinomics, the price of basic goods and commodities have almost doubled while the minimum wage has remained unchanged.

According to the Nigerian Bureau of statistics, the  nations current inflation rates stands at  13.9%, a whopping 5.2 % increase in 9 months. Even failed states like Syria and Afghanistan have better figures.

At a time Rats killed more Nigerians under Buhari than Malaria and typhoid combined, the  nations shabby response to the Lassa fever epidemic was at best catastrophic.

Under Buhari ,a minister of health who should be leading the fight against the viral fever was busy blaming President Jonathan for his inability to think straight.

The tsunami of job losses has continued unabated perhaps this explains why 1 million Nigerians applied for just 10,000 slots in the police recruitment program, a job most Nigerians will not take up under normal conditions.

According to the National bureau of statistics 1.5 million Nigerians became unemployed in 2016 , the continuous  lack of economic direction has ensured that we made headlines for all the Wrong reasons.

Under President Buhari, the DSS became the number one tool for oppression and repression, citizens are kidnapped and continuously kept in underground cells beyond the constitutionally allowed period all in a bid to suppress opposition and free speech. Unfortunately for many of these willing officers, unlike the God of heaven  Buhari has a limited tenure in office and they will soon be called to explain why they acted in the manner they did.

When a president of an ethnically diverse country like Nigeria  decides to segregate the nation   into mathematically incorrect bands of 97% and 5% he is indirectly saying I will punish you for not voting for me.

Under Buhari we have seen rise in ethnic tensions in a magnitude that is historically comparable to the pre-civil war levels, this is a time bomb that must not be allowed to explode.

If there is any area General Buhari seems to have done fantastically well it is in the area of foreign travels both invited and uninvited. At the last count the lanky General has made over 30 trips. These explains why In just 6 months of his presidency our treasury coughed out Billions  to service his insatiable love for foreign trips.

The APC led federal government had over two months to prepare for governance after the 2015 general election’s, Unfortunately they have squandered one year trading blames and doing nothing but a selective war on corruption.

Buhari is not God and he will never be God, his followers must stop worshiping him and start telling him the truth , the last one year has been a complete disaster, despite his uninspiring score card, I still  wish the President a speedy  recovery from his ear infection.