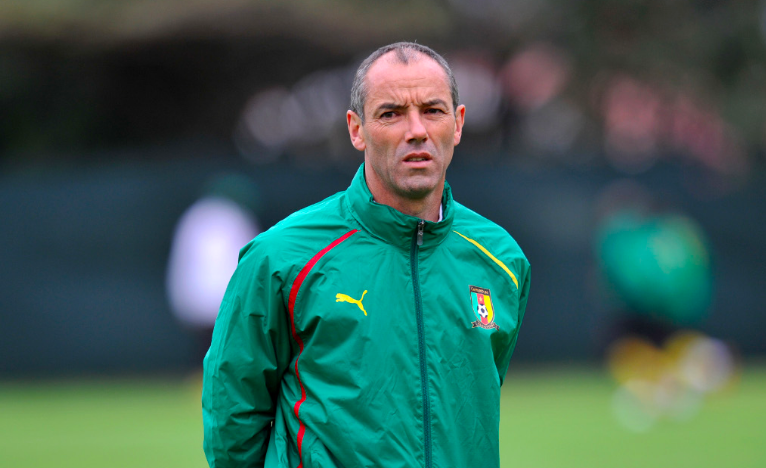 The Nigeria Football Federation (NFF) says Frenchman, Paul Le Guen did not agree to the terms offered him to become the next technical adviser/head coach of the Super Eagles.

On Monday night, the official website of the NFF reported that Le Guen had been named as the new Super Eagles helmsman by the technical and development committee of the football federation.

The deal was however subject to Le Guen agreeing contract terms with the NFF’s Executive Committee.

On Tuesday, sections of the French media announced that Le Guen would not be taking up the offer to coach the Super Eagles and chairman of the NFF’s executive committee, Barrister Christopher Green, has now exclusively revealed to supersport.com that the former Oman trainer did not accept the terms offered by the federation.

“The announcement made on Monday (by the NFF’s technical committee) was quite clear. Le Guen was offered the job subject to contract terms being agreed.

“We had to look at the best interest of the country before offering anyone the job (to manage the Super Eagles) and one of such conditions was that the new technical adviser would reside in Nigeria.

“A situation where Nigeria will be the loser will never be accommodated by the NFF.

“We want a coach who will not just take the Super Eagles to the next level but will develop Nigerian football as a whole and if he does not reside in Nigeria, it may not be feasible,” Green said.

On the next step the NFF will take if Le Guen’s chances of taking the reins of the national team appear remote, the NFF chief said the federation would “look at the next door.”

“We will look at the next door if Le Guen decides not to accept the terms we offered him.

“A lot of top coaches applied to coach Nigeria and even more (who did not officially apply) are desirous of coaching Nigeria.

“The options are open and we want to assure Nigerians that we will contract a coach that will befit the status of one of the best national teams on the African continent.

“We are working assiduously to make Nigerians happy and will not relent till we achieve set objectives,” he said.

Nigeria will face former African champions, Algeria, Cameroon and Zambia in their quest to qualify for the 2018 Fifa World Cup in Russia.