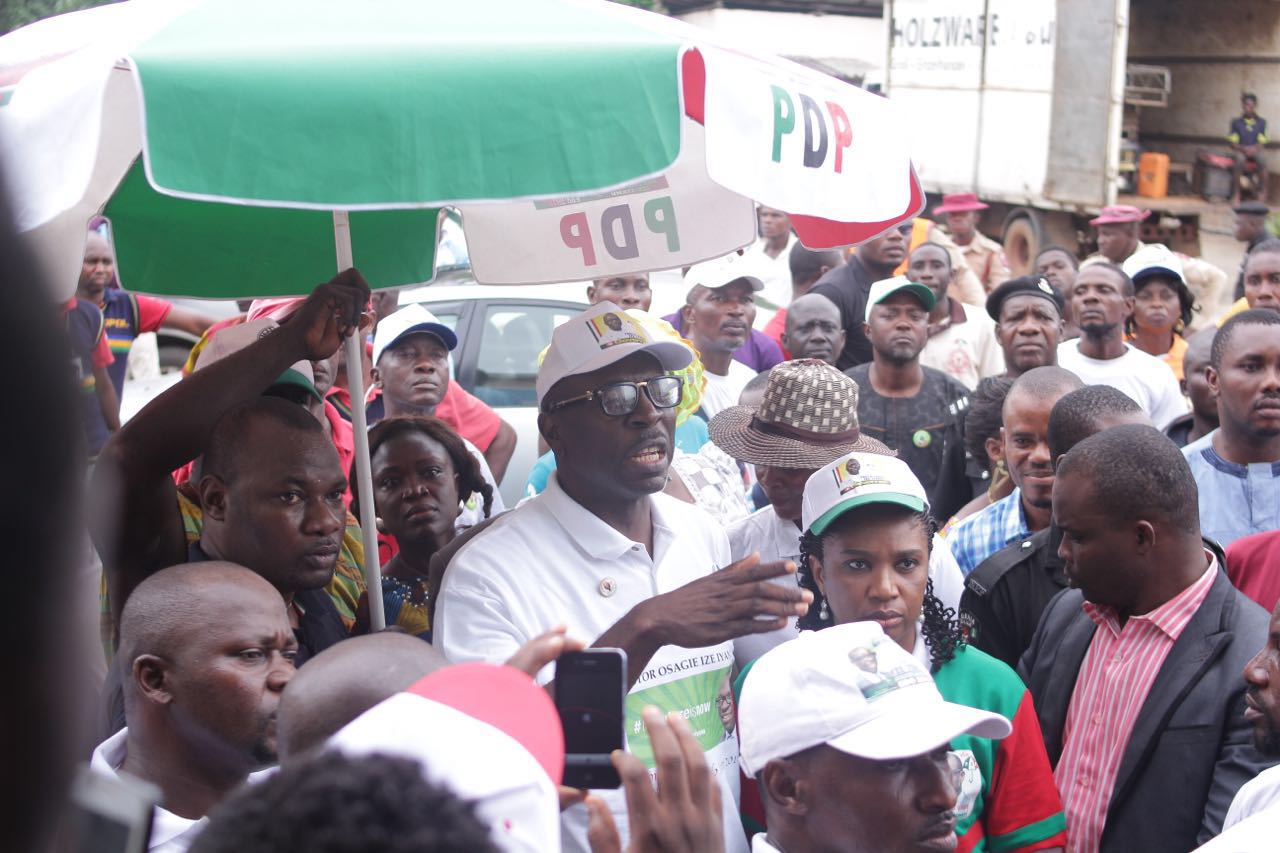 The Peoples Democratic Party in Edo State has rejected the results of Wednesday’s elections held in the state.

Only one local government is yet to be announced.

The News Agency of Nigeria quotes the Edo PDP State chairman, Dan Orbi, as alleging that the results were pre-determined and fabricated.

The party rejected the results at a press conference addressed by Mr. Orbih, on Thursday in Benin, NAN reports.

The press conference was also attended the party’s governorship candidate in the election, Osagie Ize-Iyamu.

The party and its candidate said they rejected the results because they were “fabricated and a pre-determined” by the Independent National Electoral Commission (INEC) and the Edo Government.

Mr. Orbih said the results as they were being announced by the INEC, were at a complete variance with what the party got from it agents and independent observers.

He said the two-week extension of the poll by the electoral body was to allow for more time to perfect the manipulation of the process.

“You will recall that our state Publicity Secretary had briefed the press less than 48 hours to the elections on what is playing out now.

“If you go by the results that were announced at the polling units and wards across the state, it shows that PDP would have won by over 30,000 votes.

“What INEC is announcing is clearly different from what we got from our agents and independent observers in the 192 wards and over 2,000 units across the state.

“We are rejecting these results as they were being announced by INEC and we are coming out early enough to make this known,” he said.

The chairman said the cancellation of some results on the basis of failed card reader was part of a deliberate plan to also manipulate the poll.

He alleged that the areas were results were canceled were stronghold of the PDP.

“I wonder what the Incident Form is for. Voters should not be made to suffer unduly for the inefficiency of card readers,” he said.

On his part, the governorship candidate said he aligned himself with the position of the party.

“The results are not a true reflection of what happened in the field. The INEC only played a script written by the Government of Edo,” he said.

In this article:APC, Edo, INEC, PDP