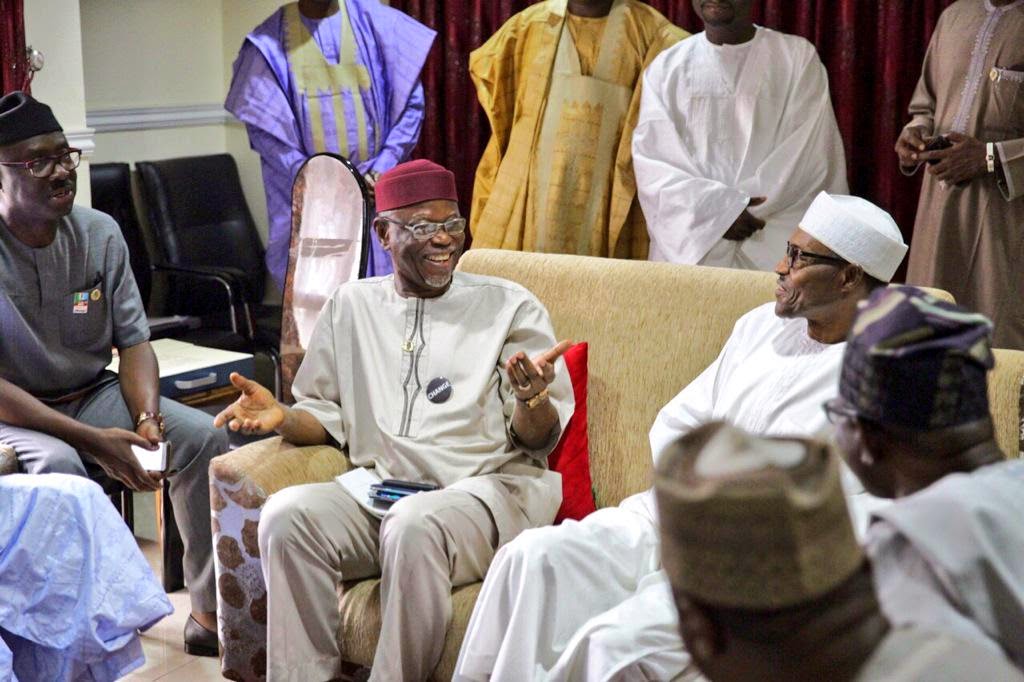 The All Progressives Congress (APC) condemns the Peoples Democratic Party (PDP) unprovoked insults and unguarded statements on President Muhammadu Buhari and other members of the APC.

In the aftermath of Wednesday’s widely-acclaimed presidential chat, PDP’s spokesman, Olisa Metuh in a statement issued on Thursday amongst others called President Buhari an “unrepentant tyrant” and “fascist”. In other baseless allegations, the PDP accused ministers and APC members of corruption while further accusing the president of a selective anti-corruption fight.

APC’s National Chairman, Chief John Odigie-Oyegun: “The APC is worried by PDP’s inciting statements. Respect for the office of the President or heads of government in any clime is not a matter of choice but a civic obligation sanctioned by laws. Being an opposition party or critic is no license to issue abusive, intemperate and slanderous statements on government officials; most especially the President of the country.

“The PDP has proven that it is not a party to be trusted or taken seriously. Only recently, the PDP said in a December 24, 2015 statement: ‘we urge that Nigerians should not recourse to hauling insults on the President’.

“For the umpteenth time, the APC urges Nigerians who see merit in the war that the President Buhari-led administration is waging against corruption, not to be distracted by the PDP and their agents of corruption to discredit the war. For the records, the ongoing war against corruption is not selective. Anybody guilty of corrupt practices will face the law.

“If the PDP has any proof of corruption against any APC member or minister as alleged, we advise that they approach any of the anti-graft agencies constitutionally mandated to handle such cases.

“PDP’s rant suggesting a selective  anti-corruption fight by the present administration should be seen as a plot meant to distract the citizenry from the successful ongoing war against graft.

“The PDP does not have the luxury of dictating how the present administration carries out its legitimate duty of catching looters, as long as it conforms with the rule of law.”