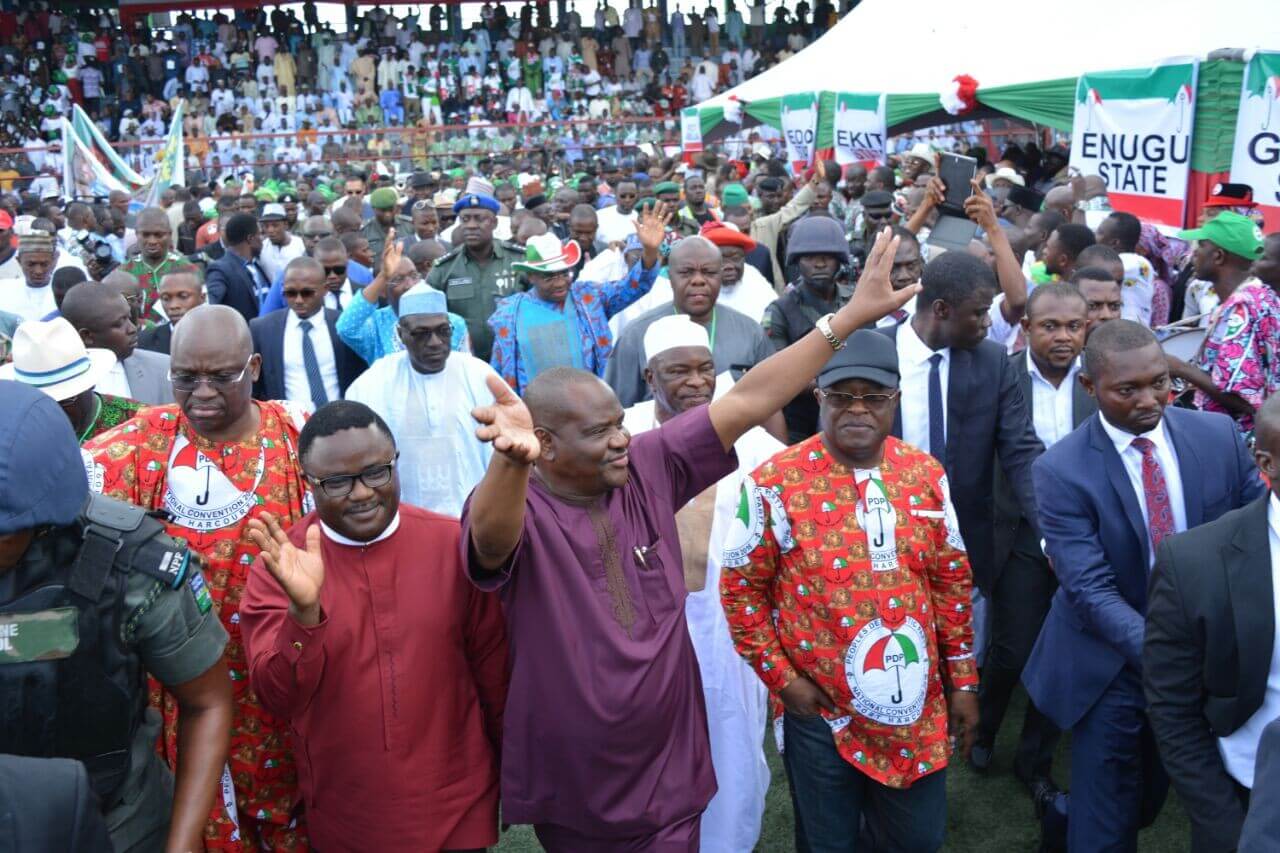 The Peoples Democratic Party, PDP, on Wednesday suspended the election into its national executive council, but insisted the party’s national convention is ongoing

Minority Leader of the House of Reps, Leo Ogor moved a motion for election into the national offices to be suspended and it was seconded by voice vote after which the majority carried the day.

Members of the National Executive Committee of the party had proceeded to meet after Police sealed off the Port-Harcourt venue of the convention.

Chairman of the National Convention Planning Committee and Governor of Rivers State, Nyesom Wike, is presiding over the meeting, which is taking place inside the Government House.

It also consists of some national and former national officers of the party.