#VPDebate: Who do you think had the best performance in the vice presidential debate? #2019Debate

Rate the candidates. Who performed best at the Vice presidential debate #2019Elections #2019Debate

Peter Obi was also leading a Facebook poll created by online newspaper Premium Times before it was suddenly deleted from their Facebook page, moments before the end of the poll. The media house did not make any official statement on why it deleted the poll. 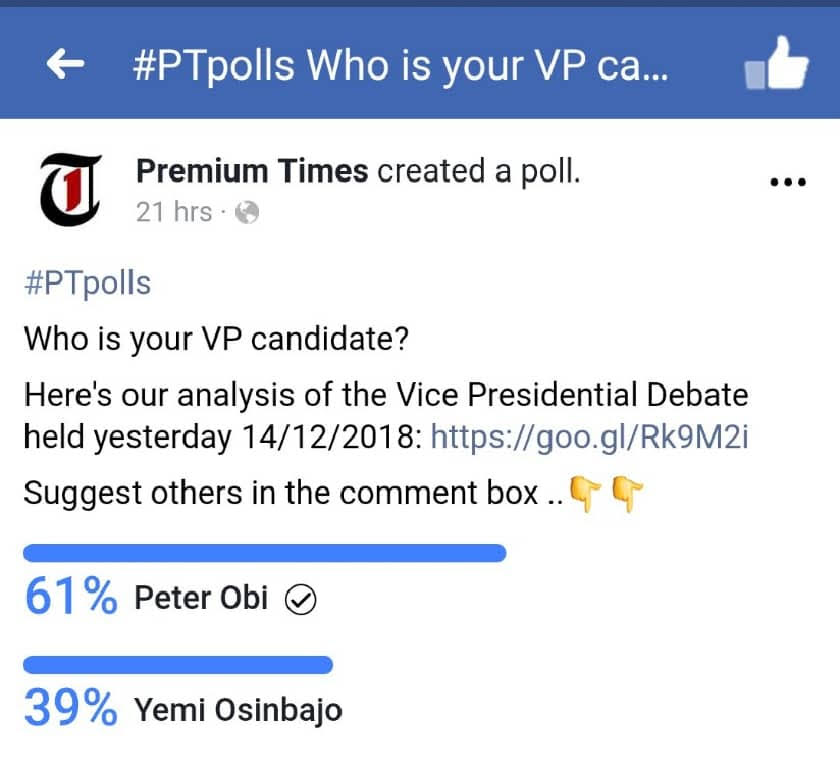