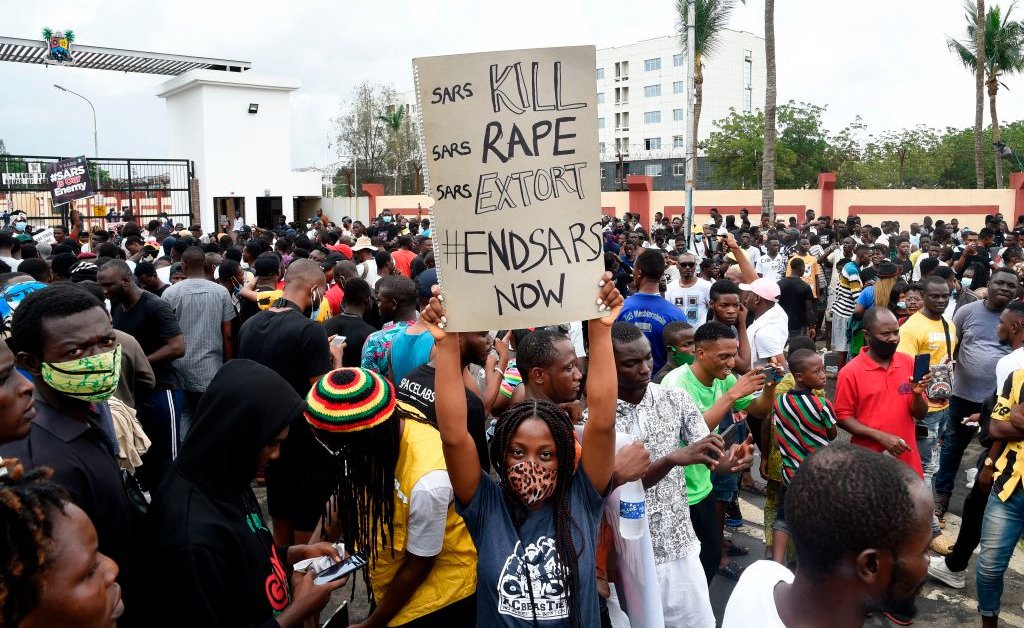 The Lagos State Police Command yesterday warned those planning another #EndSARS protest to desist as the move would be resisted.
The Commissioner of Police, Mr. Hakeem Odumosu, said any gathering or procession with an undertone of #EndSARS had been banned.

According to him, the protest is backed by “some unpatriotic individuals and groups, who are planning to embark on the replica of the recent destructive and violent #EndSARS protest that left pains and agonies in Lagos State.”

His warning came amid reports that the planned second phase of #EndSARS protests is billed to commence today in Lagos, Abuja, Port Harcourt and other cities.

Organisers of the protests, who have raised awareness on the social media, said the second phase was to demand among other things, the release of all protesters detained during the first action, unfreezing of all accounts frozen by the Central Bank of Nigeria (CBN) as a result of the earlier protest and a referendum.

But the Lagos Police Command in a statement by its spokesman, Mr. Olumuyiwa Adejobi, warned that no such gathering would be permitted.
It said some unpatriotic individuals and groups were planning to embark on the replica of the recent destructive and violent #EndSARS protest that left pains and agonies in the state.

“The command has reliably gathered intelligence that certain individuals/groups have concluded plans to lure unsuspecting Lagos residents, especially youths, into their planned protest, which is proposed to commence tomorrow, Monday, December 7, 2020, at designated locations in the state.

“In the light of the above, the Lagos State Police Command, therefore, warns those who might want to disguise under #EndSARS protest to cause another set of mayhem, brouhaha and violence in the state to desist from such plans as the police and other security agencies will not fold their arms seeing individuals or groups orchestrating another violence and anarchy in the state.

“The command wishes to reiterate that any unlawful gathering, procession or protest will be suppressed professionally in accordance with the provisions of the law.”