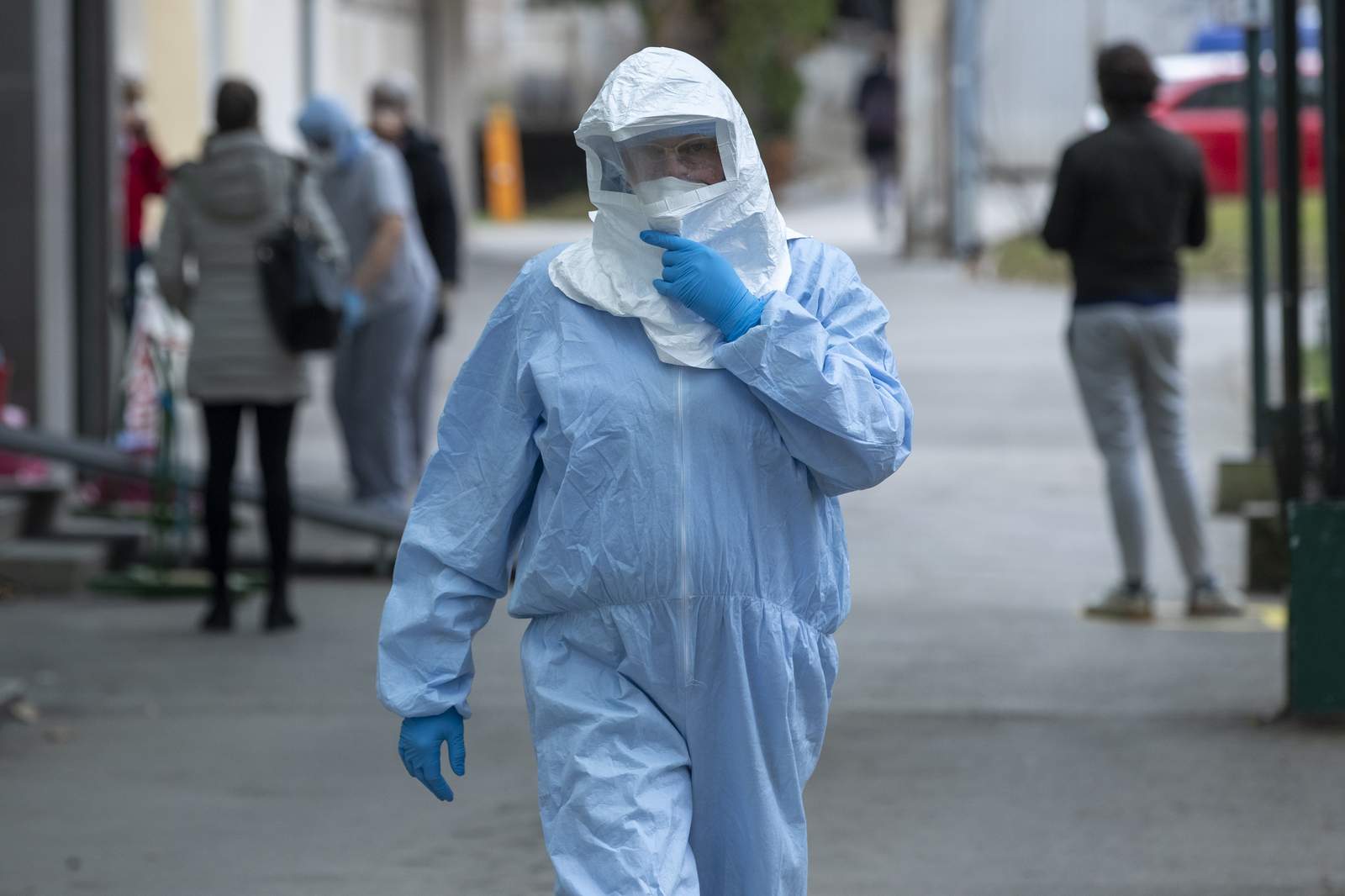 Top U.S. public health officials said Tuesday that Americans should prepare for the spread of the coronavirus in communities across the country.

“It’s not so much a question of if this will happen anymore but rather more a question of exactly when this will happen and how many people in this country will have severe illness,” Dr. Nancy Messonnier, the head of the National Center for Immunization and Respiratory Diseases at the Centers for Disease Control and Prevention, said during a media briefing Tuesday.

Measures to contain the virus in the U.S. so far have involved restricting travel to and from China — the center of the outbreak — and isolating identified cases.

But Messonnier said evidence that the virus is spreading to countries outside the region, such as Iran and Italy, has raised the CDC’s “level of concern and expectation that we’ll see spread” in the U.S.

As of Tuesday, more than 300 cases had been reported in Italy. Iran had nearly 100 cases.

“When you start to see sustained transmission in other countries throughout the world, it’s inevitable that it will come to the United States,” Dr. Anthony Fauci, director of the National Institute of Allergy and Infectious Diseases, told NBC News.

In the U.S., 57 people have been diagnosed with COVID-19, the illness caused by the new coronavirus. The majority are among repatriated residents who were passengers of the Diamond Princess cruise ship, docked in Japan.

The CDC said Americans should prepare for the possibility of disruptions to their daily lives if the virus were to start spreading in the U.S. That could include closing schools, working from home and delaying elective medical procedures.

“We should all be dusting off our pandemic preparedness plans and rehearse them very quickly,” said Dr. William Schaffner, an infectious disease specialist at Vanderbilt University. “The core concept is social distancing.”

Business leaders, Schaffner said, should start considering which employees could work from home. Perhaps the time will come, he and other experts said, to observe religious practices and ceremonies at home, rather than attend larger community gatherings at places of worship. And families should start asking themselves how they would handle a week or two at home, without traveling even short distances for food, medicine or entertainment.

Coronaviruses tend to spread from person to person through coughs and sneezes. Staying at least 6 feet from other people is thought to minimize the risk.

In a news conference later Tuesday, Health and Human Services Secretary Alex Azar said: “The immediate risk to the general American public remains low. But, as we have warned, that has the potential to change quickly.

“The fact that we have been able to keep cases to this low level is an accomplishment, especially given that we are, unfortunately, beginning to see community spread in a growing number of other countries,” Azar said.

Travel restrictions enacted in early February have played a role in keeping cases down in the U.S., he said, adding that there are no plans to ease the restrictions at this time.

The community spread in countries outside China, however, is “deeply concerning,” he said.

In China, aggressive measures to stop the spread of the coronavirus appear to be working.

The declining rate of new cases in China indicates that the virus can be contained, said Dr. Bruce Aylward, the leader of a World Health Organization team of scientists who investigated the crisis in China.

But if other countries are to control the spread of the virus, they need to act quickly to find cases as soon as possible.

“There needs to be a real shift in mindset,” Aylward said. “This virus will show up. Think the virus is going to show up tomorrow.”

Hospitals need to prepare for potential spread by focusing on resources that would count most in keeping the most vulnerable patients alive: hospital beds that are isolated from others, ventilators to help people breathe and an adequate supply of protective equipment for health care workers, including gowns, masks and gloves.

The Trump administration asked Congress this week for $2.5 billion to combat and contain spread of coronavirus. The money would, in part, go toward expanding public health surveillance systems to pick up any unusual respiratory illnesses, as well as testing for the new coronavirus, which is currently done at the CDC for the most part.

Much of it would also go toward development of a coronavirus vaccine. Clinical trials could begin at the National Institute of Allergy and Infectious Diseases within weeks.