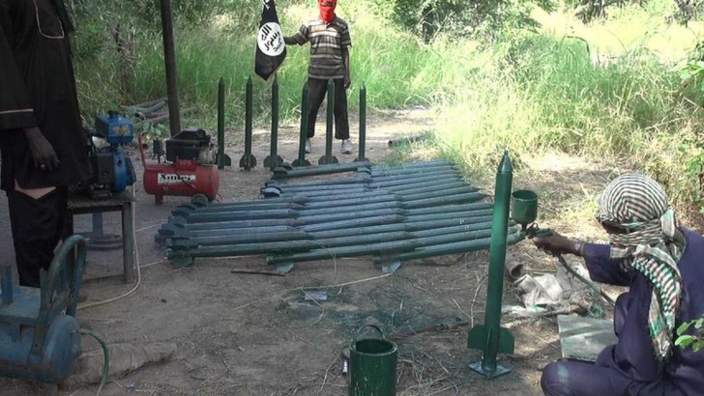 The BBC has received pictures of what looks like a rocket-making factory belonging to Nigeria’s militant Islamist group Boko Haram.

The pictures – sent to the Whatsapp account of the BBC Hausa Service – show a number of newly made rockets in what is believed to be a laboratory at a college in north-eastern Borno state, the birthplace of the group.

An inscription on one of machineries shows the abbreviation of the Government Technical College in Bama, a town previously held by the militants before they were dislodged by the army.

The equipment appeared to have been donated to the college by the Educational Trust Fund in 2005 – a special fund set up by the government to help tertiary institutions.

It is not, however, clear when the pictures were taken, or whether the equipment has been moved. The question of where Boko Haram gets much of its weapons has been a subject of intense debate.

The group has been known to use rocket propel grenades in the past.

This is worrying for Nigeria’s President Muhammadu Buhari, who has given the military a deadline of mid-November to defeat Boko Haram.

The group has lost most of its territory this year but increased suicide attacks and bombings since Mr Buhari came to office in May.

In this article:Boko Haram, Nigeria, Rocket