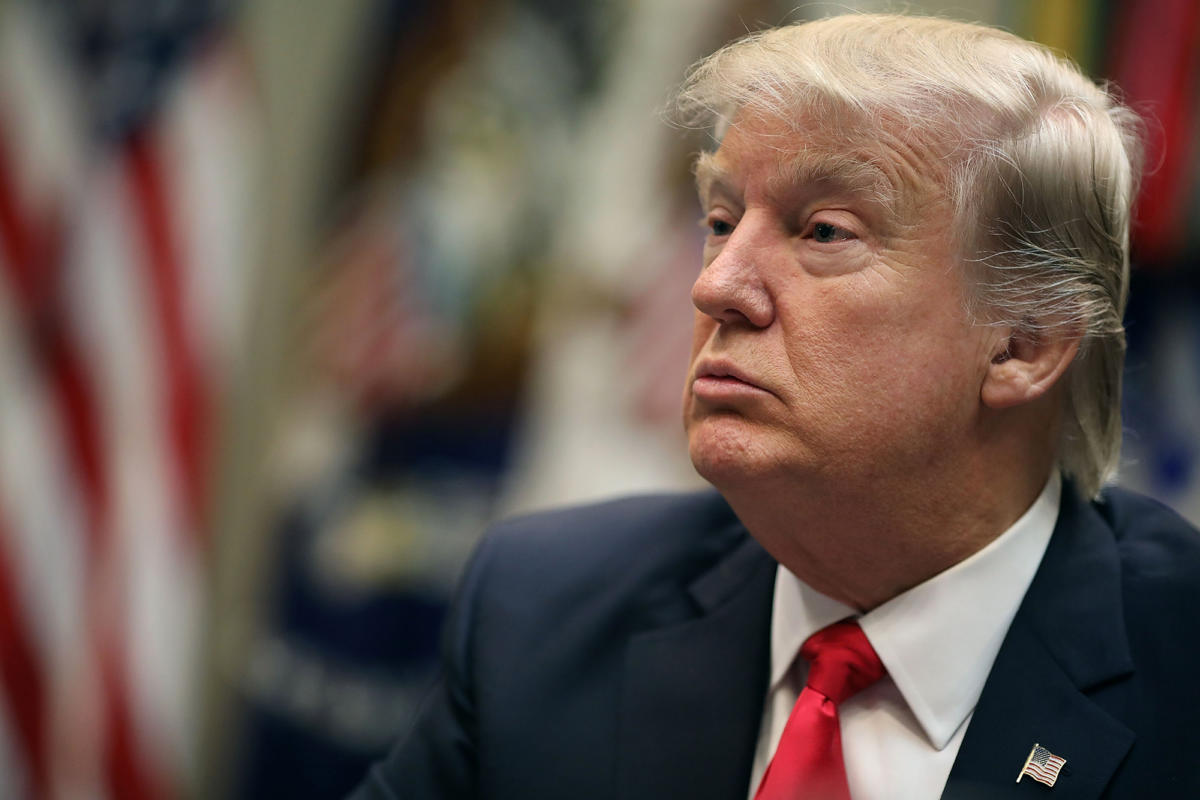 President Donald Trump is being investigated by special counsel Robert Mueller for possible obstruction of justice, US media reports say.

They say senior intelligence officials will be interviewed on whether Mr Trump tried to end an inquiry into his sacked national security adviser, and about the firing of FBI chief James Comey.

Mr Trump’s legal team said the latest leak to the media was “outrageous”.

Mr Mueller is leading an FBI inquiry into Russian meddling in the election.

President Trump has repeatedly denied any collusion with Russia, describing the ongoing inquiry as a “witch hunt”.

The latest development was first carried in the Washington Post. Later the New York Times and Wall St Journal reported the story, citing their own sources.

The Washington Post said the decision by Mr Mueller to investigate President Trump’s own conduct is a major turning point in the investigation, which until recently focused on the Russian angle.

Why is the president being investigated?

Mr Comey, who had been leading one of several Russia inquiries, testified to Congress last week that Mr Trump had pressured him to drop the investigation into former National Security Adviser Michael Flynn.

Mr Flynn was sacked in February for failing to reveal the extent of his contacts with Sergei Kislyak, the Russian ambassador to Washington.

Mr Comey testified under oath that Mr Trump had told him during a private meeting: “I hope you can see your way clear to letting this go, to letting Flynn go. He is a good guy. I hope you can let this go.”

Mr Comey had testified he was “sure” Mr Mueller was looking at whether Mr Trump had obstructed justice.

But Mr Comey also testified that, to his knowledge, the president had not tried to stop the Russia investigation.

However, the Wall St Journal quoted a source as saying that Mr Mueller would examine whether Mr Comey’s sacking was an attempt by the president to alter the course of the investigation.

President Trump said he had fired the FBI chief because of the “Russia thing”.

Mr Trump reportedly told Russian officials at an Oval Office meeting a day after sacking Mr Comey that his position had now eased.

“I faced great pressure because of Russia. That’s taken off,” Mr Trump said, according to a US official quoted by the New York Times.

Anything else to be examined?

The latest reports also speak of an investigation into possible money laundering among Trump associates.

A former senior official told the New York Times that any collusion between the Trump team and Russian officials would have involved a pay-off, and that there may have been attempts to hide the route of the payments by using offshore banking.

Who is going to be interviewed?

The three names being mentioned in US media are Daniel Coats, the director of national intelligence, Mike Rogers, the head of the National Security Agency, and Richard Ledgett, until recently Mr Rogers’ deputy.

At a Senate panel last week, Mr Coats and Admiral Rogers declined to answer questions about conversations with the president, but said that they had never felt pressured to interfere in investigations.

The Washington Post says the three have agreed to be interviewed by investigators and the questioning could happen as early as this week.

The three were not involved in the Trump campaign but may be asked whether Mr Trump sought their help to end the Flynn inquiry.

A separate Washington Post report has said that Mr Coats told associates in March that the president had asked him to try to get the FBI to back off.

However, the Times points out that the latest questioning does not mean a criminal case is being built against the president, simply that information is being gathered by the FBI. It will be passed to prosecutors who will then have to decide.

Has the president responded?

But his legal team responded angrily.

Mark Corallo, a spokesman for Mr Trump’s lawyer, Marc Kasowitz, said: “The FBI leak of information regarding the president is outrageous, inexcusable and illegal.”

Mr Trump has repeatedly railed against leaks from the FBI, saying this is the important story, not alleged collusion with Russia, which he has dismissed as “fake news”.

The New York Times reports that Mr Trump has considered firing Mr Mueller in recent days but has been talked out of it by aides.