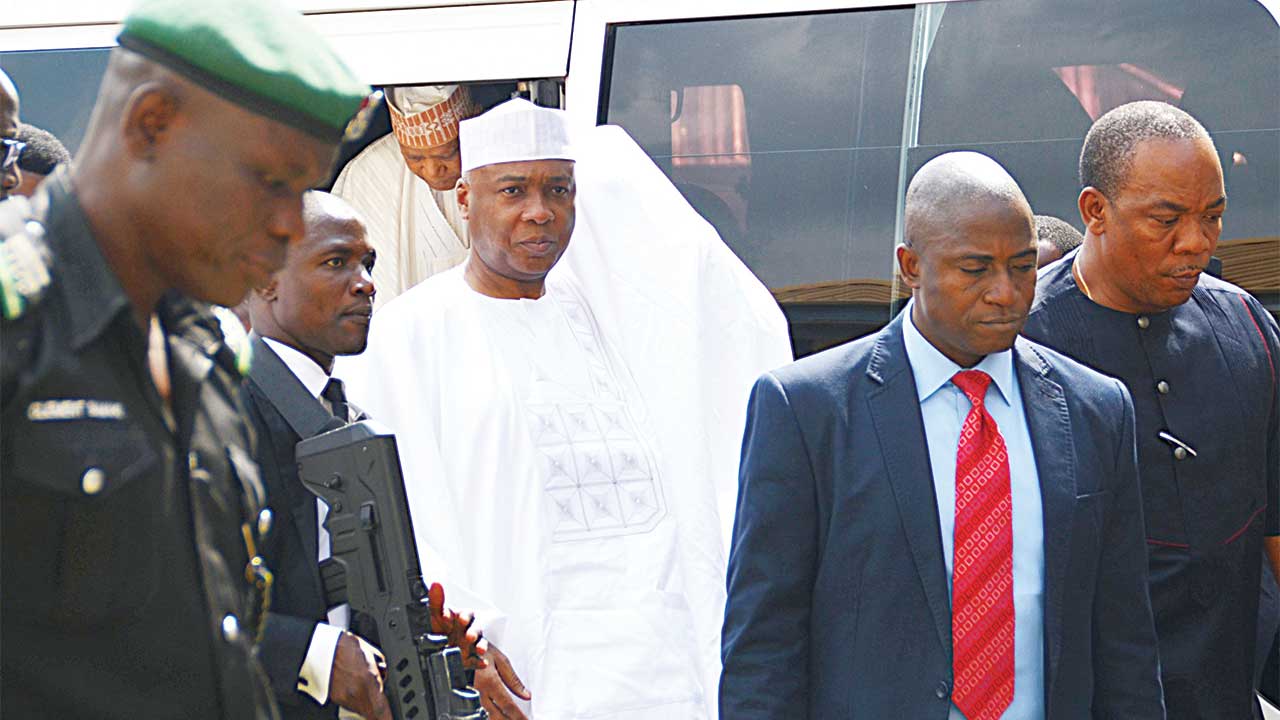 Chairman of the Code of Conduct Tribunal (CCT), Danladi Umar, says the trial of Senate President Bukola Saraki will not take place from “day-to-day”.

‎This goes contrary to his statement in April 2016 that the trial of the senate president would take place every work day.

Earlier, Rotimi Jacobs, counsel to the federal government, which is prosecuting Saraki for false asset declaration, had asked the tribunal to adjourn the trial to next week to enable him to call his next witness.

He said some of his witnesses were still in Lagos, and that they would need some time to arrive‎ in Abuja.

He also prayed the tribunal to give a ruling that the trial would be from day-to-day.

This was after he had re-examined Michael Wetkas, a detective of the Economic and Financial Crimes Commission (EFCC) and prosecution witness, on some of the statements he made when he was being cross-examined by Paul Usoro, Saraki’s lawyer.

The CCT chairman granted‎ him his request for an adjournment, but he denied the prayer for a day-to-day trial.

“I’m‎ going to adjourn this matter to next week, but it cannot go on from day to day. We have other cases,” he said.

He, thereafter, adjourned the case to January 17.