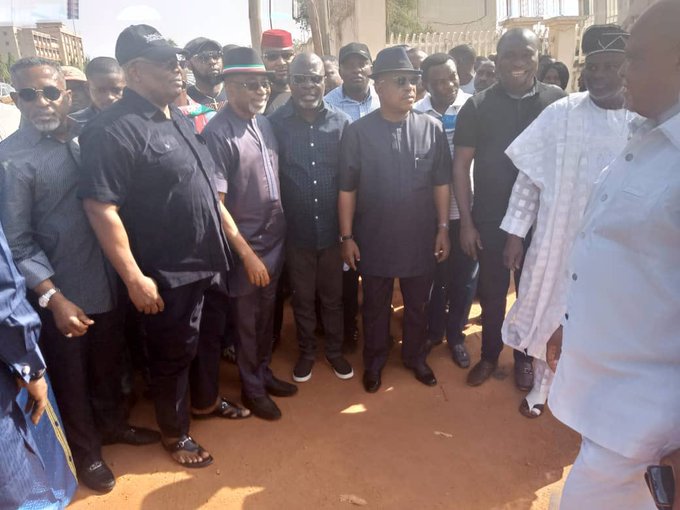 The leadership and members of the Peoples Democratic Party (PDP) in the National Assembly, on Friday, protested at the embassies of the United States and the United Kingdom in Abuja.

They, however, postponed that of the European Union.

The PDP National Chairman, Uche Secondus, said their presence was to present protest papers to the embassies.

He alleged that the President, Major-General Muhammadu Buhari (retd.), has lost control of the security of the nation, reiterating that he should resign.

He also alleged that the judiciary and the legislature have been caged.

He lamented the January 14 Supreme Court judgement which sacked Chief Emeka Ihedioha as the Governor of Imo State, adding that it should be reviewed.

In this article:Insecurity, Muhammadu Buhari, PDP, UK embassy, US Embassy