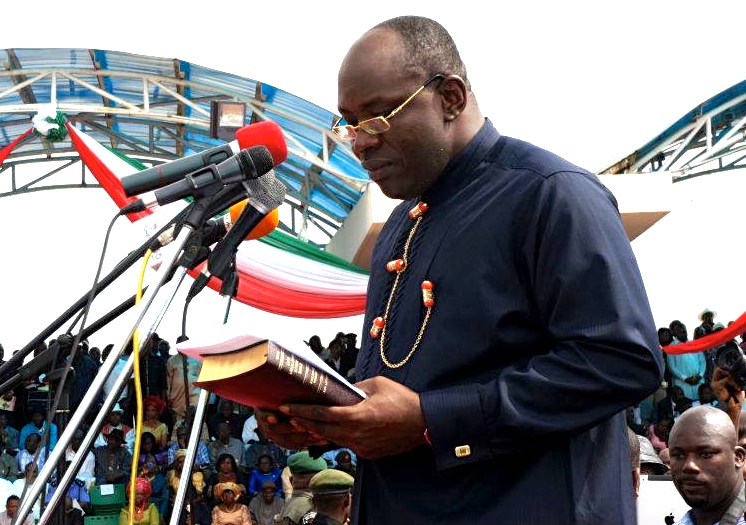 Ahead of the governorship election in Bayelsa State, no fewer than 1,000 members of the All Progressives Congress, APC in the state have defected to the Peoples Democratic Party, PDP.

The defecting members, comprising 800 delegates at the APC governorship primary election held on August 22 and August 29 declared for the PDP at a ceremony which took place at Peace Park, Yenagoa, yesterday.

The defectors were led into the Peace Park venue by two prominent members of the APC, Senator John Brambaifa and Mr. Alex Ekiotenne.

Addressing the defectors, Dickson commended Brambaifa and Ekiotenne for returning to the PDP fold which they left about five months ago.

Dickson said, “We are happy that Brambaifa and Ekiotenne are back to the PDP. They have been prominent strategists for the PDP. Our government, Bayelsa PDP and Bayelsans are happy that we are now complete.

“While the storm lasted, I always remembered them for their patriotism towards Bayelsa and the Ijaw nation. With them, our restoration crusade is full and ready to sail. They led the foundation for the mass movements of some PDP members to the APC.

“Today, it is operation ‘Wind up APC in Bayelsa. This is just the beginning of winding up the APC in Bayelsa. We will continue to receive our brothers and sisters who were misled.”

The governor, who urged the crowd to observe a minute’s silence for the late former Governor of the state, Diepreye Alamieyeseigha, said since Alamieyeseigha’s demise, was feeling a sense of emptiness.

He said: “But with these two persons, I am a bit consoled. If not for the way they harassed and killed Alamieyeseigha, he would have been here with us.”

In his remarks, Ekiotenne said with their return to the PDP, the APC in Bayelsa was buried.