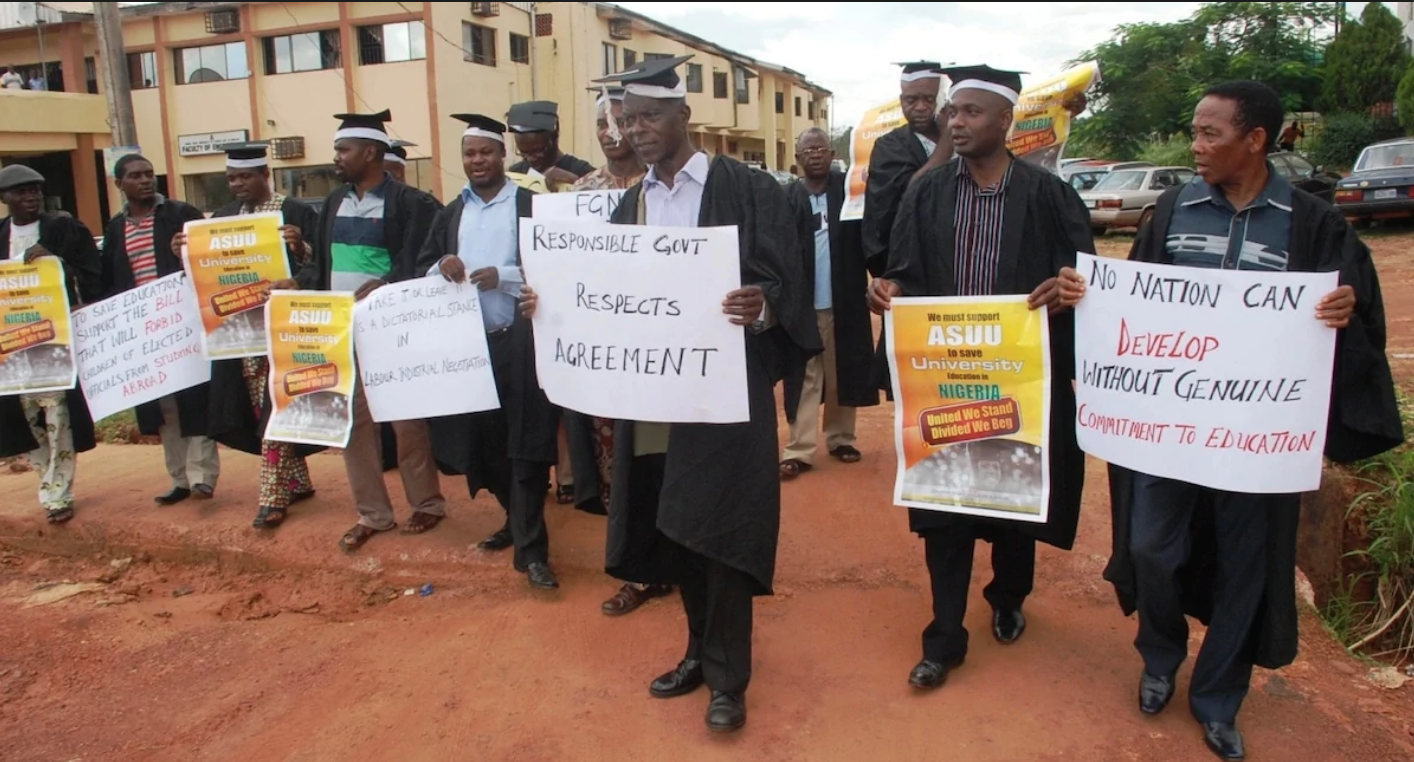 Senior Staff Association of Nigeria Universities (SSANU) will begin a three-day nationwide protest on Monday over the Federal Government disobedience to court judgment on the issue of staff schools and failure of government to implement an agreement reached with the Union especially on Earned Allowance.

SSANU resolved to embark on the protest at its 35th regular National Executive Council (NEC), meeting held at the Enugu State University of Science and Technology.

In a resolution signed by its National President, Comrade Samson Ugwoke and the National Public Relations Officer, Comrade Abdussobur Salaam, SSANU accused the Federal Government of disobeying the judgment of National Industrial Court, Abuja, that asked that teachers in University Staff Schools that were sacked by government should be reinstated.

The Union also said that the Federal Government has not released the N8 billion Earned Allowance it promised to them.

Recall that the Minister of Labour and Employment, Senator Chris Ngige had as part of the resolution reached at a conciliation meeting on March 13, 2018, announced that the Federal Government will pay the three non-teaching staff unions N8 billion as their Earned Allowance.

But the Union regretted that several months after the agreement was reached, the money was yet to be released.

The resolution read: “The Federal Government through the Federal Ministry of Education had informed the Chairman of the Joint Action Committee of NAAT, NASU and SSANU via a letter dated 9th August 2018, that approval had been given for the release of Eight Billion Naira being payment of Earned Allowances for Non-teaching Staff in the Universities and requested for templates for the payments to the unions.”

It, however, added, “it appears that the letters being sent to the unions are a delay ploy by the Federal Ministry of Education as the letters in themselves are needless because the unions had always made their positions known since the irregular disbursement of N23 billion to ASUU in 2017.”

“Members have been fully mobilised to participate in the protests, while branches are advised to carry along the media and the security agencies accordingly,” it stated.