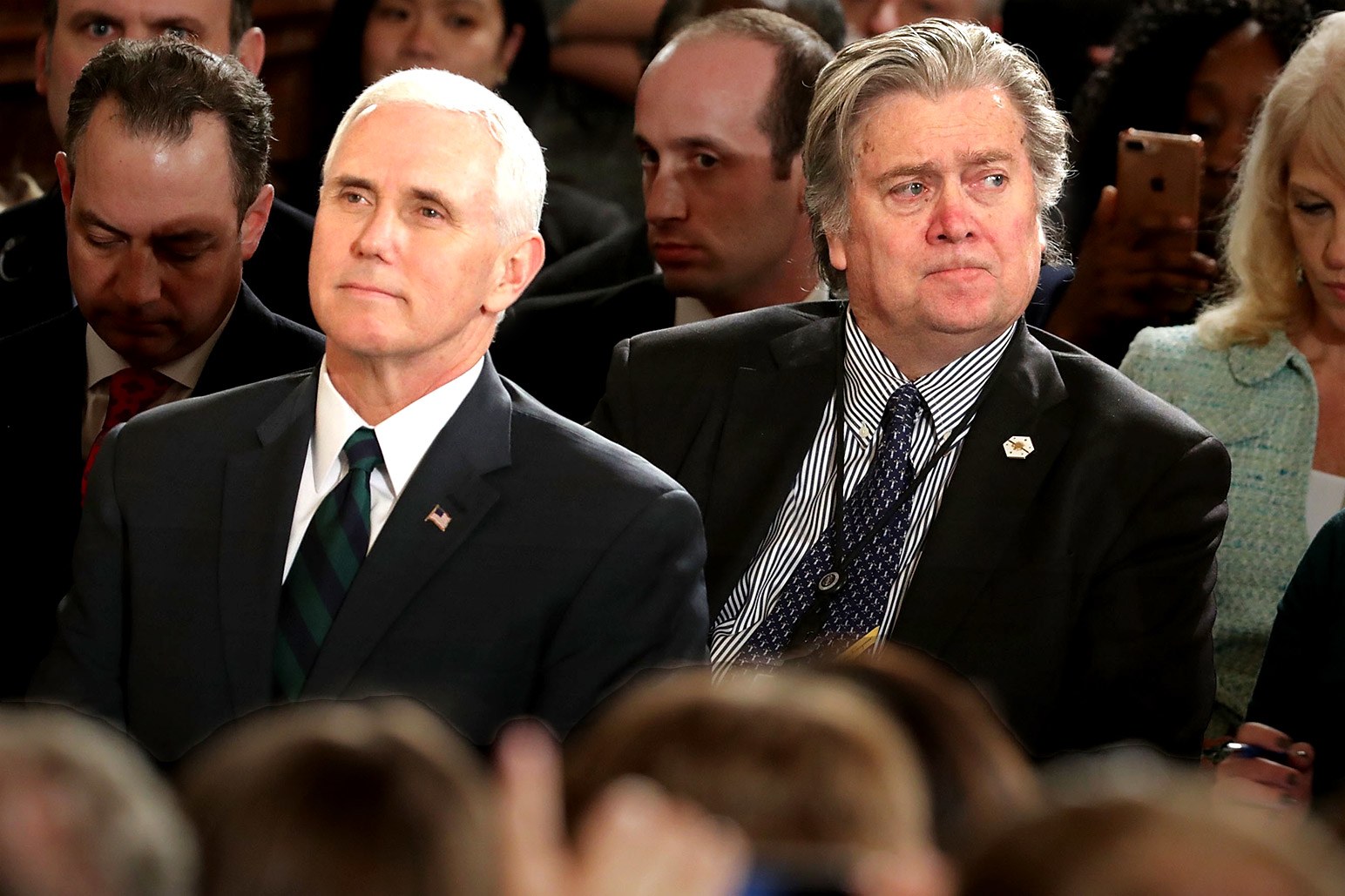 Steve Bannon may have been one of Donald Trump’s first, most exuberant supporters, but he was never fond of the businessman’s Vice President, reports claim.

“Should I tweet something ambivalent about him?” Mr Yiannopoulos wrote, according to BuzzFeed. “People are telling me Trump likely didn’t want this. …What’s our party line on this?”

“This is the price we pay for cruzbots and #nevertrump movement,” Mr Bannon responded, referring to Mr Trump’s Republican detractors. “An unfortunate necessity…very. feel free to do whatever u want. we, as always, will remain above it all.”

Mr Bannon would not, of course, remain above it all. One month later, he would take over as manager of the Trump campaign, helping the candidate to his surprise victory. In the White House, as a top adviser to the President, Mr Bannon would successfully implement many of his nationalist, isolationist policy ideas.

At the same time, Mr Bannon clashed with the more “traditional” elements of the White House. While he never publicly feuded with Mr Pence – the Vice President once called him a “very highly valued” staffer – the adviser made it clear he would not tolerate anyone who opposed his nationalist agenda.

But Mr Bannon was pushed out of his White House role two months ago, after General John Kelly took over as Chief of Staff. Now, as a free agent with a newly high profile, Mr Bannon has declared “war” on the Republican establishment – generally understood to include politicians like House Speaker Paul Ryan, Senate Majority leader Mitch McConnell, and Mr Pence.

“There’s a new game in town,” Mr Bannon recently told Fox News’ Sean Hannity. “We are to cut off the oxygen to Mitch McConnell. Mitch McConnell’s biggest asset is the money. We’re going to make it the biggest liability. We are going after these guys tooth and nail.”

Mr Bannon said he and his team have been working with grassroots organizers to identify anti-establishment candidates whose campaigns they could support.

“Nobody’s safe,” Mr Bannon said. “We are coming after all of them and we are going to win.”