Suspected terrorists laid ambush on the personnel of the Elite Guards Brigade at the Bwari Area Council of the Federal Capital Territory, Punch reports.

The troops were said to have been ambushed during a patrol in the area.

Three of the personnel were said to have been injured during the attack and are currently receiving medical attention.

A military source disclosed that the attack happened while the troops were on patrol.

The source added that the troops engaged them and successfully repelled the attack.

The source said, “The troops of the elite Guards Brigade were ambushed along Bwari-Kubwa road. But the ambush was forcefully repelled by the Brigade of Guards troops.

“The troops were on routine patrol of the area when they were attacked. However, three soldiers were wounded in the attack and they are already being treated at a military hospital in Abuja.

“The attack happening within the area of Bwari showed that the terrorists are actually within the location and possibly to carry out their plans of attacking the law school in Bwari among other targets in the area.” 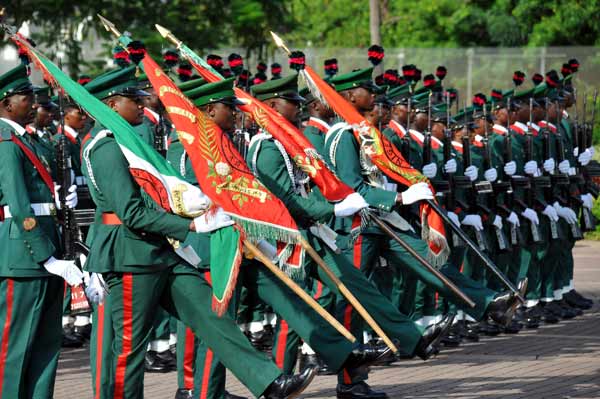 The Nigerian Army (NA) on Friday pulled out the former Chief of Policy and Plans, Army Headquarters, Lamidi Adeosun, and 11 other generals out...